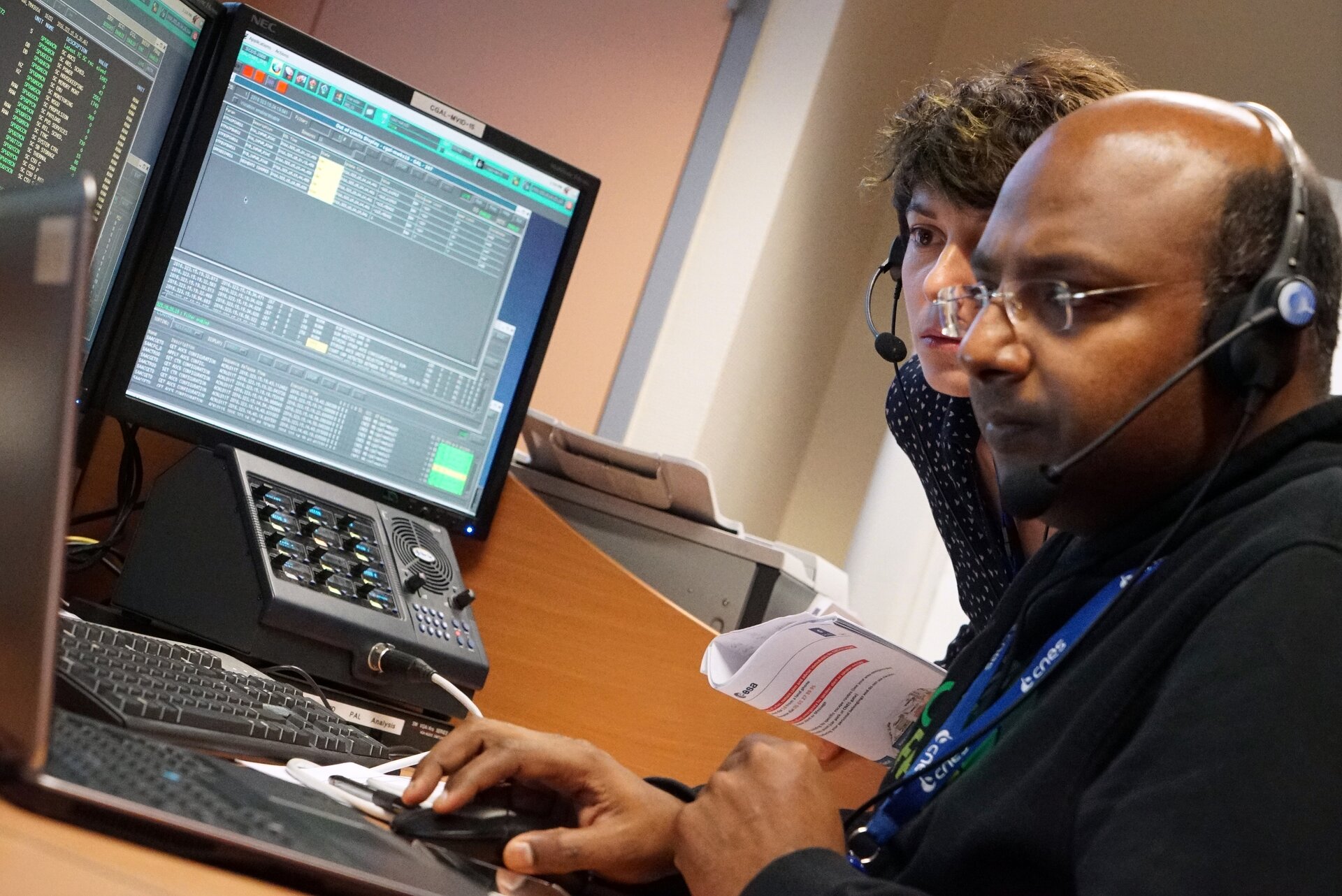 Lifting off from Europe’s Spaceport in Kourou, French Guiana, it carried Galileo satellites 15–18. The first pair was released 3 hours 36 minutes later, while the second separated 20 minutes later at the target altitude.

At the Toulouse space centre of France’s CNES space agency, a joint ESA–CNES team is now working around the clock to shepherd the four through the critical early orbits, lasting nine days for one pair and 13 days for the other.

Since 2011, the joint team has conducted the Galileo initial flight operations alternately from ESA’s centre in Darmstadt, Germany, and the CNES centre in Toulouse.

This image highlights teamwork during intensive pre-launch training on 10 November.