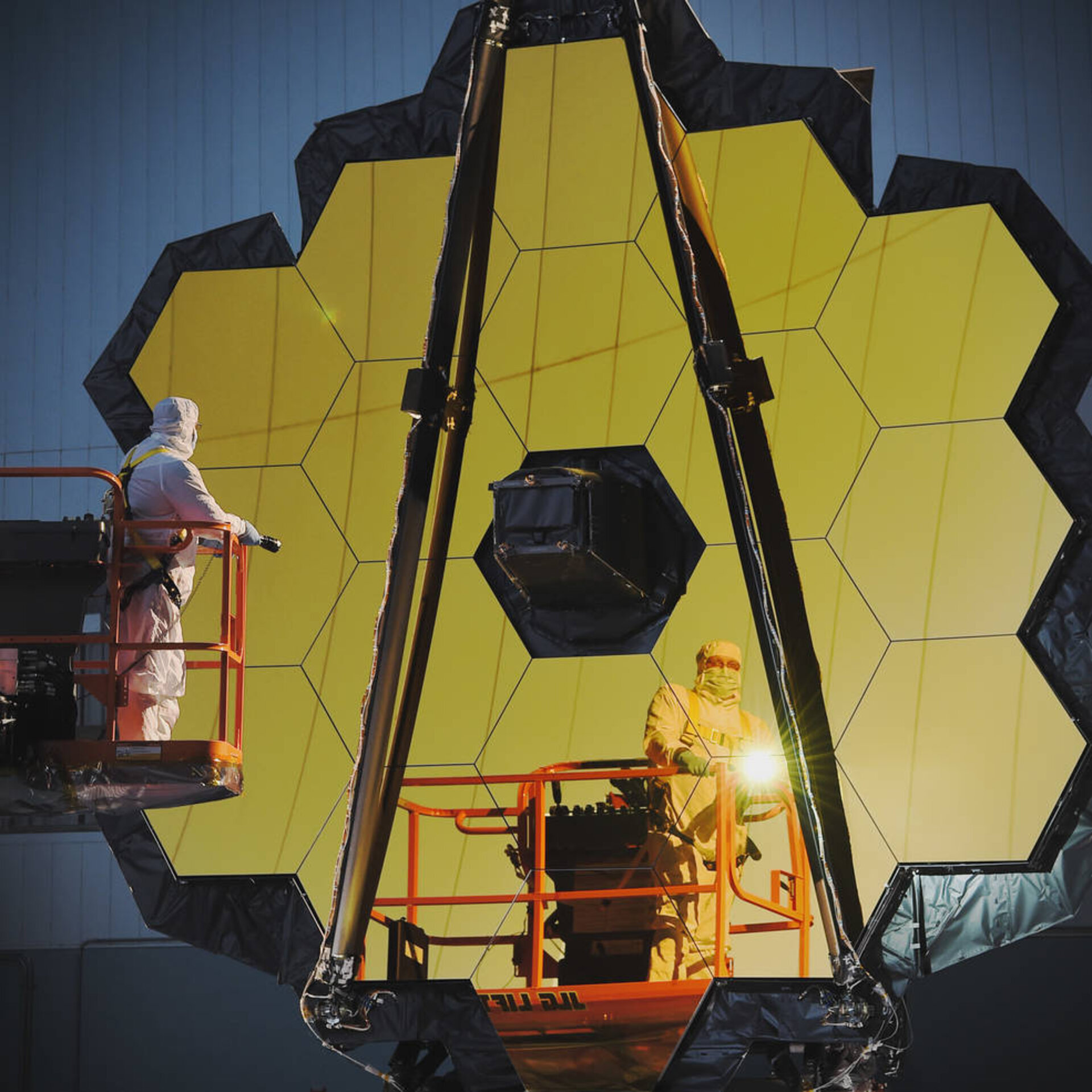 Before a spacecraft goes into space it must undergo rigorous testing to confirm it can withstand the violent vibrations and sounds during launch.

For the powerful 6.5 m-diameter telescope of the James Webb Space Telescope, or JWST, making the same measurements both before and after a simulated launch is a vital part of confirming its optics will not be adversely affected by the real launch.

In a recent ‘before’ test, engineers made highly precise measurements of the shape of the main mirror in a ‘centre of curvature’ test.

They made detailed measurements of the mirror segments’ shape and position by looking how light is reflected from them. Then they compare it with a reference that represents what the mirrors ideally should be. The technique allows any differences to be determined with incredible precision, and to ensure the mirrors are perfectly aligned.

After the telescope has experienced the simulated launch conditions, the test will be repeated to confirm that the optics will indeed survive the rigors of launch.

JWST is a joint project of NASA, ESA and the Canadian Space Agency, and is scheduled for launch in October 2018 on an Ariane 5 rocket from Europe’s Spaceport in Kourou.

The observatory’s broad goals include detecting the first galaxies in the Universe and following their evolution over cosmic time, witnessing the birth of new stars and their planetary systems, and studying planets in our Solar System and around other stars.

The test was conducted by a team from NASA Goddard, Ball Aerospace of Boulder, Colorado, and the Space Telescope Science Institute in Baltimore Maryland. This caption is based on the related NASA news item featured on 2 November.