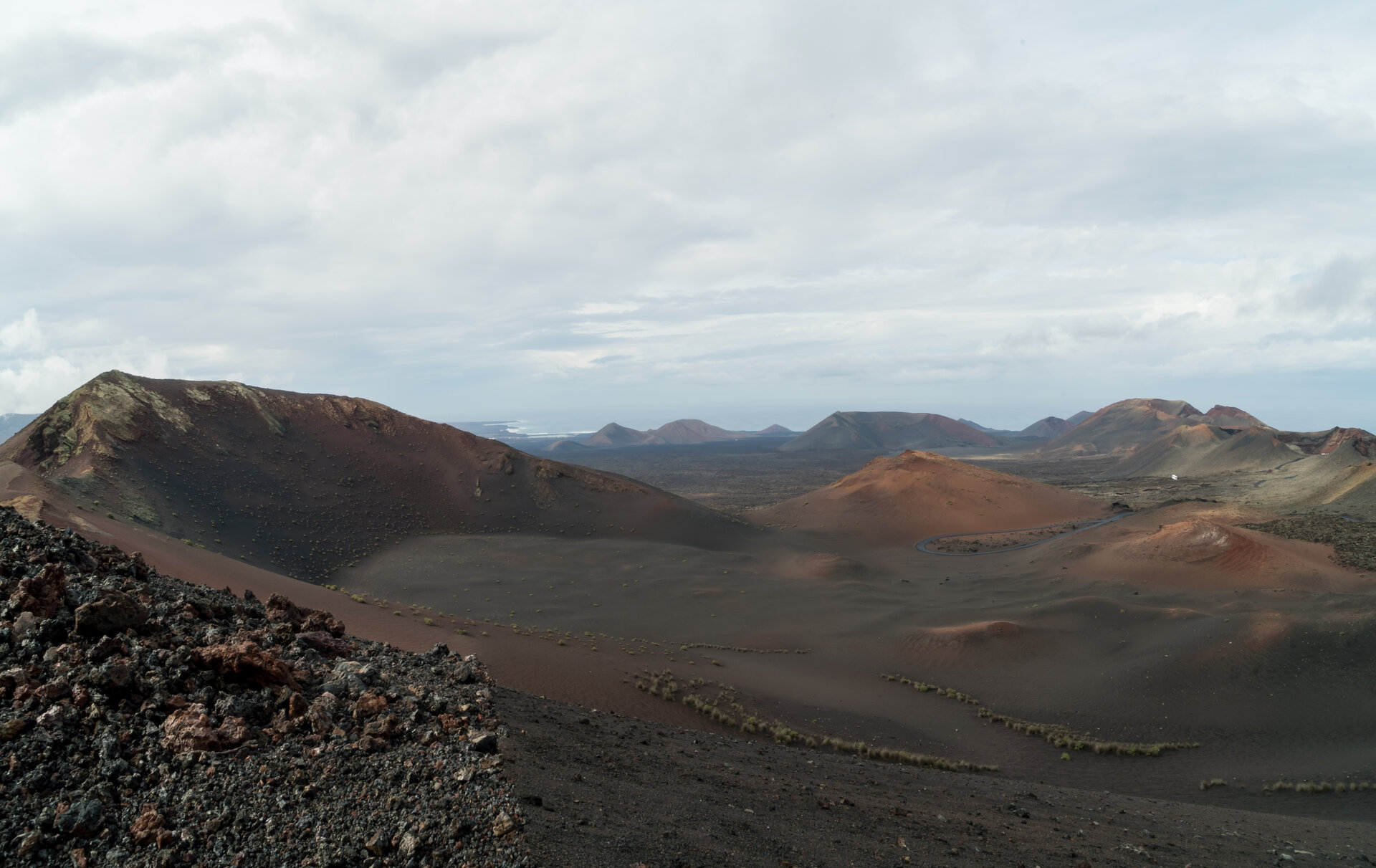 A view of the Timanfaya area in Lanzarote showing the whitish geothermal sites on the top of the volcanic cones.

A crew consisting of ESA astronauts and pilot Luca Parmitano, ESA astronaut and engineer Pedro Duque and ESA eurocom and scientist Matthias Maurer explored the barren and dry landscape of Lanzarote in the Canary Islands in October 2016 to simulate a planetary mission.

The Lanzarote national park is in many ways similar to Mars and the trio interpreted its geological history, researched scientific questions and identified suitable rock samples for further analysis.

The course was designed to take into account recommendations from NASA’s Apollo programme, and to build on current knowledge of planetary geology. European scientists who worked on robotic missions such as Rosetta, ExoMars and the Curiosity Mars rover were involved from the start.