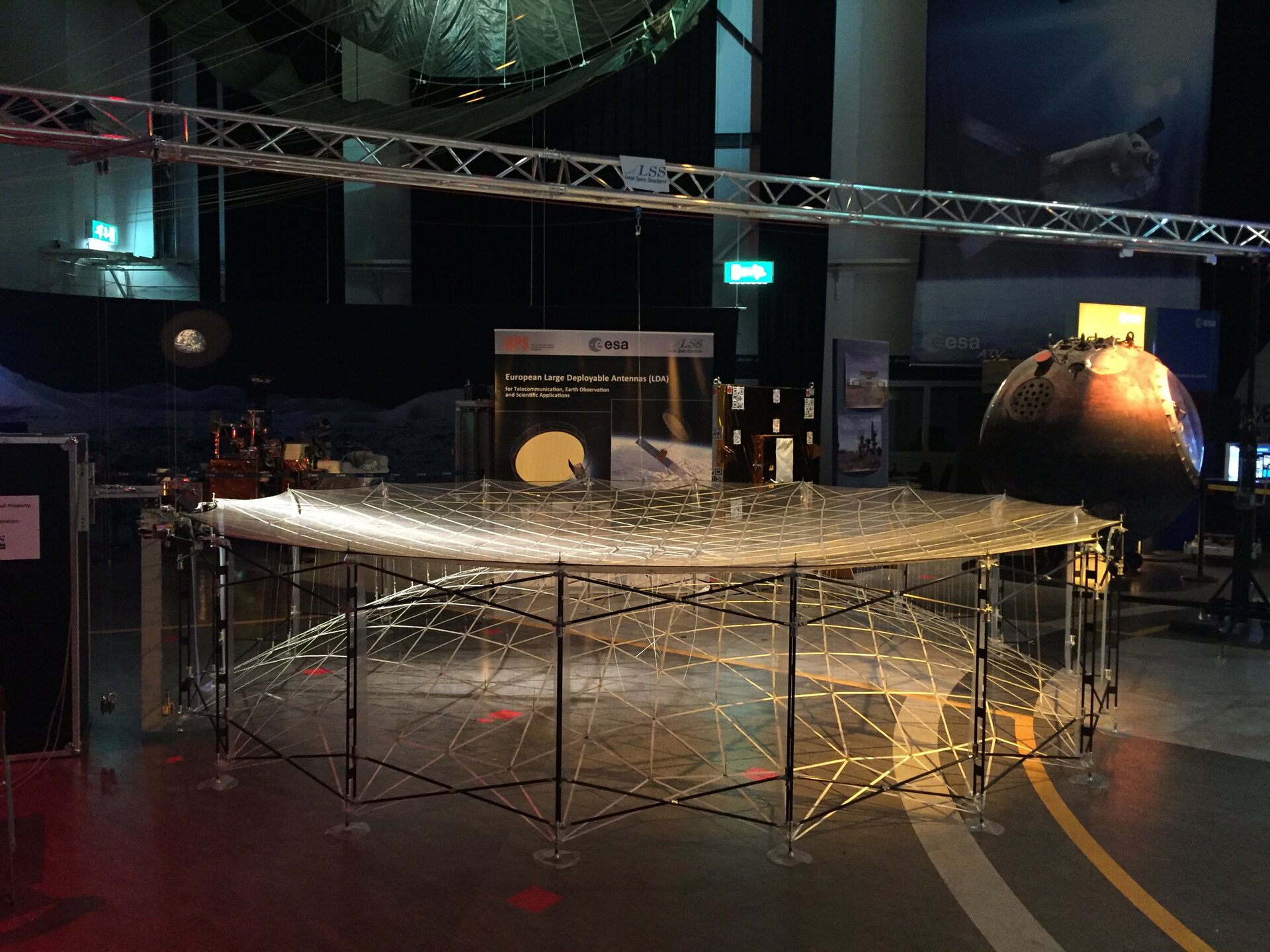 “Up until now, European industry has not been able to field reflectors larger than 4 m in diameter, while the US, Japan and Russia are operating much larger reflectors in orbit,” says ESA’s Jean-Christophe Angevain.

The challenge is to develop a reflector that can easily be stowed within the limited space available inside a launcher fairing and then opened to its full size while remaining sufficiently stable and accurate afterwards to meet strict performance requirements, including the use of high-frequency radio signals.

“This reflector has a ‘double pantograph’ design to form a deployable ring,” adds ESA’s Alexander Ihle. “Once deployed, it tensions two opposing but connected parabolic nets, one on the top and one on the bottom.”

The top netting supports and maintains a very finely knitted metallic mesh in a predefined shape, recounts Leri Datashvili of the company Large Space Structures GmbH: “This mesh is what will eventually reflect the radio signal – doing the real work of the reflector.”

“Crucially, this design is also scalable, both in terms of the reflector diameter and moving up into higher frequencies,” says ESA’s Julian Santiago-Prowald.

The deployment took about seven minutes to unfold automatically into its final configuration.

This reflector was developed as part of an effort addressing a full large deployable antenna system through ESA’s Basic Technology Research Programme (TRP), by a consortium led by HPS GmbH in Germany, with Germany’s Large Space Structures being responsible for the reflector and its deployment.