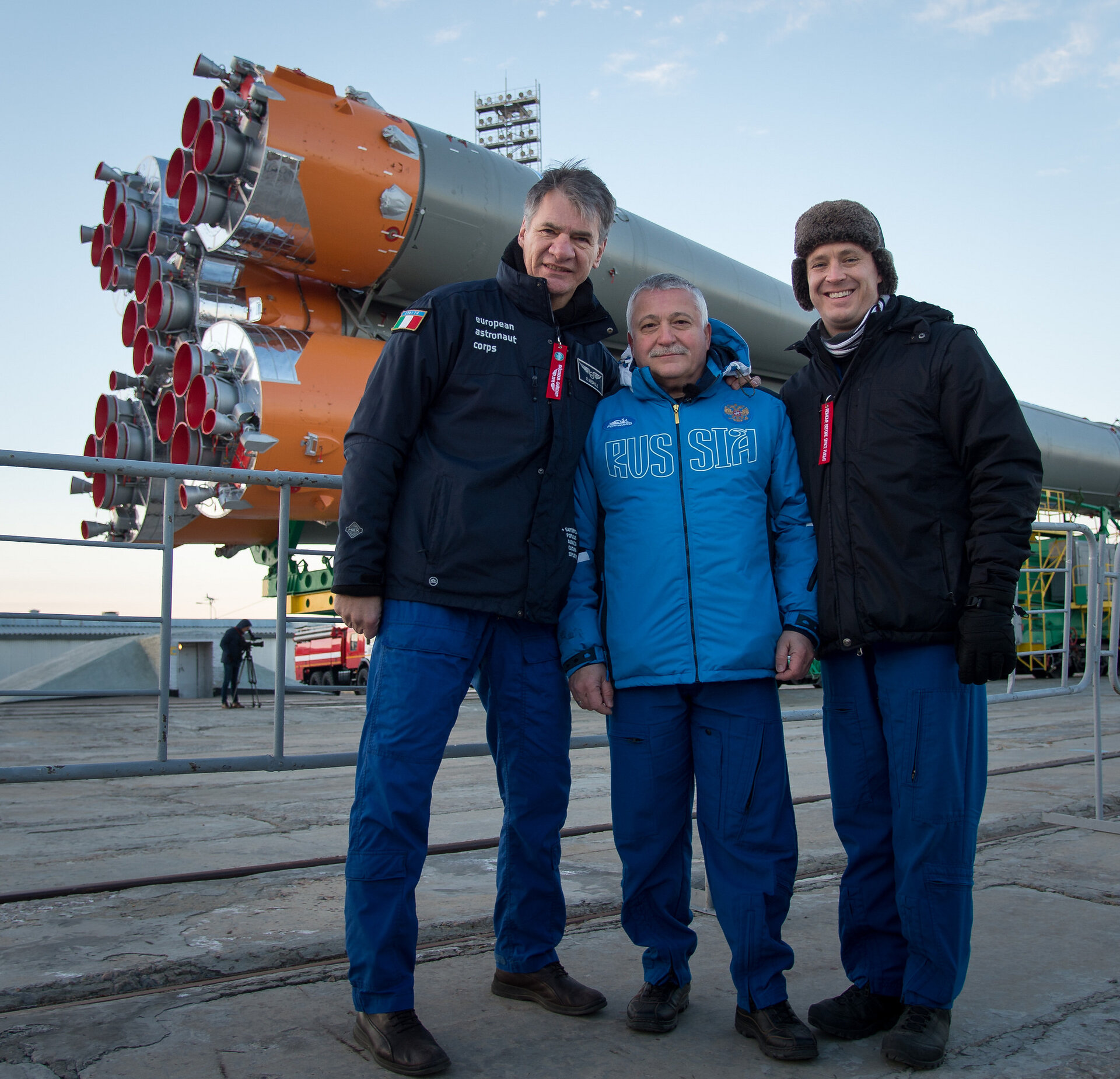 ESA astronaut Paolo Nespoli, Russian cosmonaut Fyodor Yurchikhin and NASA astronaut Jack Fischer in front of the Soyuz rocket that will launch ESA astronaut Thomas Pesquet, NASA astronaut Peggy Whitson and cosmonaut Oleg Novitsky to the International Space Station. The rocket was rolled out by train to the launch pad at the Baikonur Cosmodrome, Kazakhstan, 14 November 2016.

Fyodor and Jack will join their colleagues in space, Paolo will join later on Expedition 52/53 to fly with NASA astronaut Randy Bresnik, and cosmonaut commander Sergei Ryazansky on Soyuz MS-05 in May 2017.