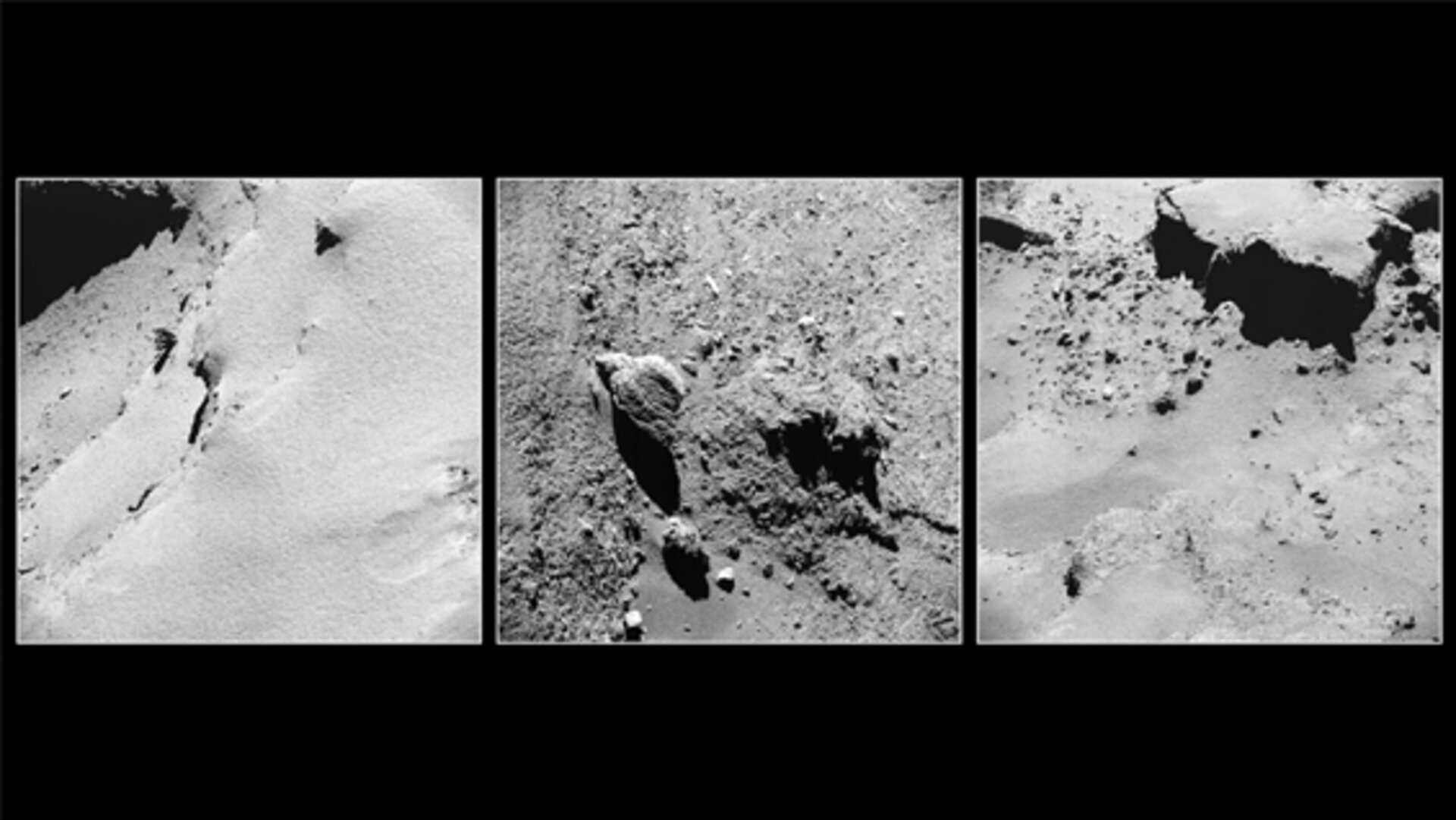 During the last few weeks of its mission, ESA’s Rosetta spacecraft ventured closer than it had ever been to Comet 67P/Churyumov–Gerasimenko. Eventually, it came to rest on the surface in a daring descent on 30 September 2016.

This montage features the three closest images of the landscape taken by Rosetta’s navigation camera in the first half of September. No navigation images were taken during the final descent.

On the left, on 8 September, is a portion of the comet’s large lobe, portraying the boundary between the Ash and Seth regions – named, as all geological regions on the comet, after ancient Egyptian deities.

This view reveals the dust-covered terrains of Ash in the lower-right part of the frame, declining towards Seth in the upper left, where part of one of the many round features present in this region is visible. The image was taken some 2.6 km from the surface.

The central frame is a detailed view of small and large boulders scattered in the Anubis region, also on the large comet lobe and separated by a scarp from Seth. The image was taken on 14 September, about 2.6 km from the surface.

On the right is an 11 September view of Seth. Taken about 3.5 km from the comet, it reveals a terrace casting dramatic shadows on the lower terrain, covered in dust and boulders.

Rosetta was the first mission to rendezvous with a comet, in August 2014, and to live with it for over two years, following its evolution they swung around the Sun. Two years ago, on 12 November 2014, Rosetta released Philae, which became the first probe to land on a comet.

After its closest approach to the Sun on 13 August 2015, the comet is now moving along the part of its orbit that is farthest from the Sun, in the outer Solar System, between the orbits of Mars and Jupiter. Today, it is over 600 million km from the Sun and over 740 million km from Earth.

All images from Rosetta's navigation camera are available online via the Archive Image Browser.