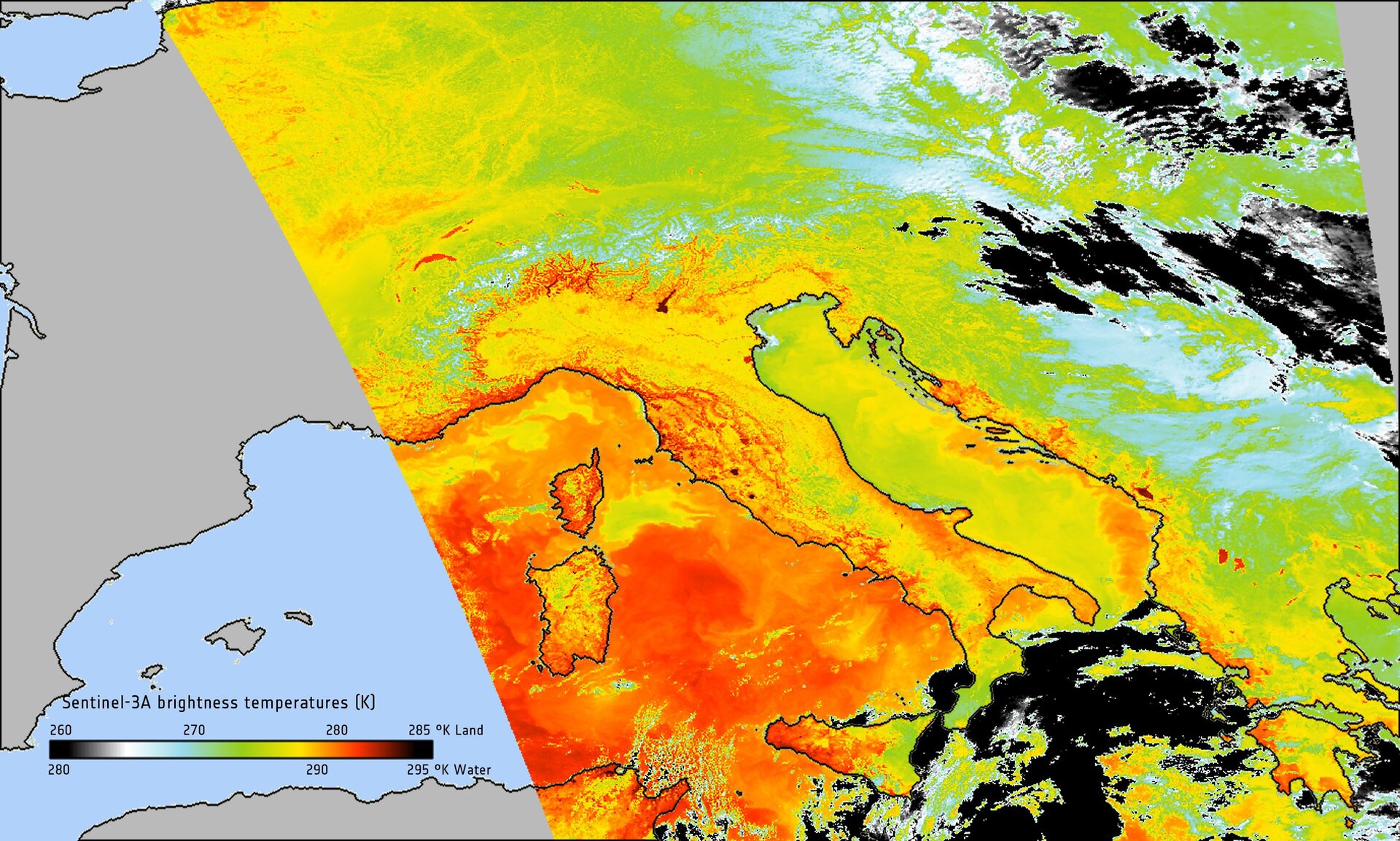 Following the release of Sentinel-3A’s first Earth colour data, the public now have access to data from the satellite’s radiometer, which measures energy radiating from Earth’s surface in nine spectral bands.

Arguably the most comprehensive of all the Copernicus Sentinel missions, Sentinel-3A carries a suite of state-of-the-art instruments to systematically measure Earth’s oceans, land, ice and atmosphere.

Since it was launched in February, the satellite has been thoroughly tested and fine-tuned. This led to the release of first-level data from its Ocean and Land Colour Instrument in October and now data from the Sea and Land Surface Temperature Radiometer are also available.

Information from the radiometer will be used to create global maps of sea-surface temperature for ocean and weather forecasting. Over land, the instrument will be used, for example, to detect heat stress, which is useful for improving agricultural practices and monitoring urban heat islands. As cities continue to expand, understanding how heat islands develop is important for planners and developers.

Importantly, the radiometer has dedicated channels for measuring fires. This will help to assess damage and estimate recovery of burned areas.

The image, which stretches from northern France and Belgium to Italy and western Greece, is an example of first-level data from the radiometer. It shows ‘brightness temperature’, which corresponds to radiation emitted from the surface.

Further processing is needed to turn this kind of data into actual ocean- and land-surface temperature maps. These next-stage data will start to be released in early 2017. Nevertheless, differences between the land, coasts and sea can be seen clearly in this brightness temperature image.

Data from the satellite’s radar altimeter will be made available in December.

While the day-to-day operations of the Sentinel-3A satellite are carried out by Eumetsat, the mission is managed jointly by ESA and Eumetsat. ESA is responsible for the land data products and Eumetsat for the marine products – all of which are made available for application through Copernicus services.