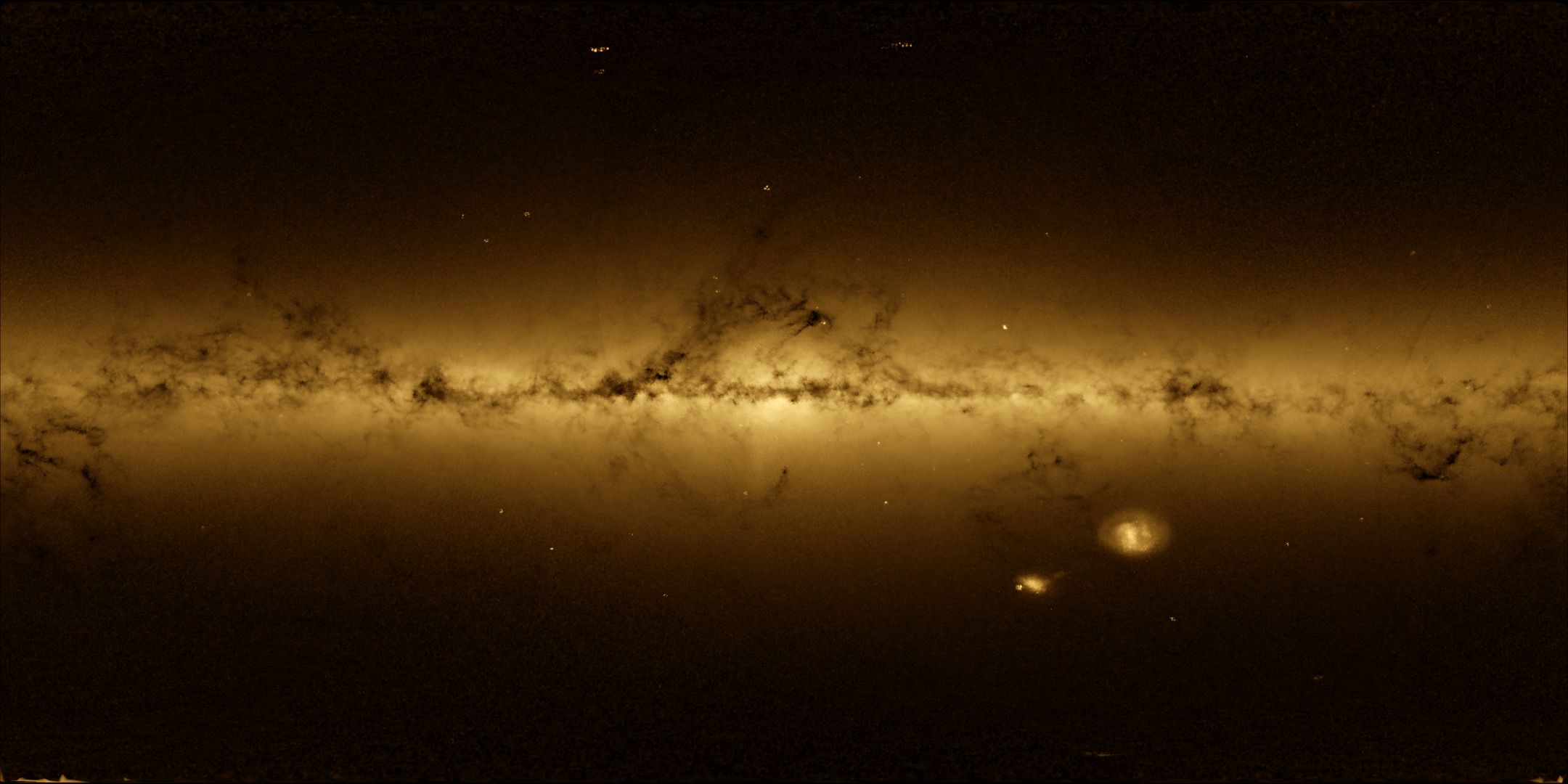 ESA’s Gaia is surveying stars in our Galaxy and local galactic neighbourhood in order to build the most precise 3D map of the Milky Way and answer questions about its structure, origin and evolution.

Launched in 2013, Gaia has already generated its first catalogue of more than a billion stars  – the largest all-sky survey of celestial objects to date.

To achieve its scientific aims, it points with ultra-high precision, and to enable the control team to monitor spacecraft performance, Gaia regularly reports to the ground information about its current attitude and the stars that have been observed.

These engineering data have been accumulated over 18 months and combined to create a ‘map’ of the observed star densities, from which a beautiful and ghostly virtual image of our magnificent Milky Way galaxy can be discerned, showing the attendant globular clusters and Magellanic clouds.

Editor’s note: On 21 November, at 15:00 GMT / 16:00 CET, the Gaia mission team will host a live ‘Ask Me Anything’ chat. Details will be posted via ESA social media channels later.