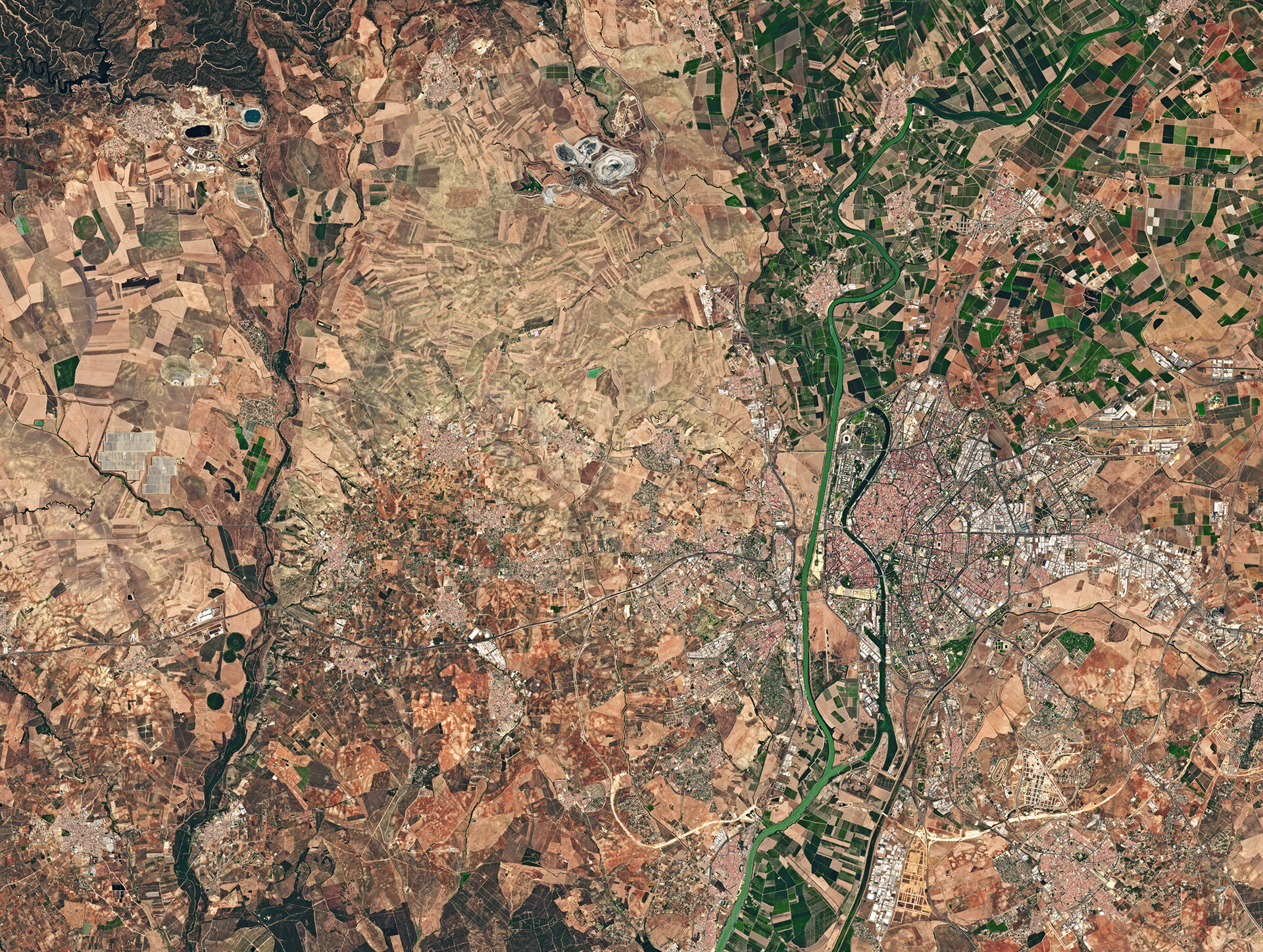 The western area of Spain’s Province of Seville and its capital with the same name (right) is pictured in this image from the Sentinel-2A satellite.

Also the capital of the wider Andalusian autonomous community, Seville is located on the Guadalquivir river. While the original course of the river is visible snaking through the city on the right, we can see where water has also been redirected in a straighter course on the left.

Another notable feature in the upper-central section of the image is the open pit copper mine, appearing white. This type of mining is often practised when deposits of minerals or rocks are found near the surface.

To the west of this mine, two other open-pit mines are filled with water.

South of these water-filled mines we see two circular structures reminiscent of clamshells. These are large solar power plants, where mirrored panels are positioned to face a solar power tower –sitting at the southernmost tip of the structures seen here – which receives the focused sunlight and acts as a furnace to produce energy.

This image, also featured on the Earth from Space video programme, was captured by the Copernicus Sentinel-2A satellite on 26 July 2016.