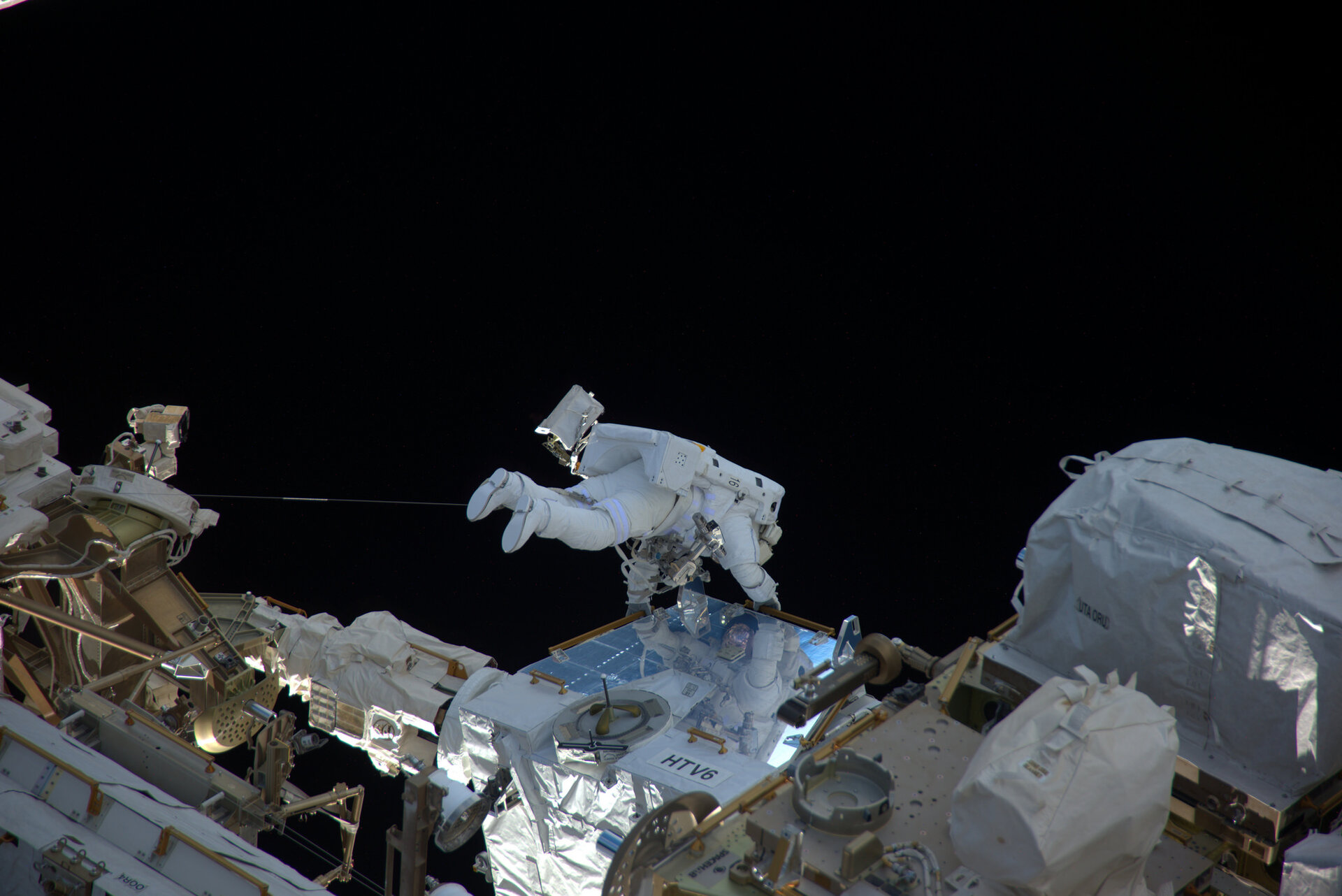 Thomas commented on the picture: “I was holding on carefully to the International Space Station: I grew attached to it.”

One of the impracticalities of a spacewalk is that everything must be secured or tied down or it will float away – including the astronauts themselves. For any work requiring two hands astronauts must install a restraint for their feet in order to stay in contact with the Space Station.

Astronauts on a spacewalk have two tethers, much like rock climbers, to stop them from floating away if they ever lose hold. A belt tether is clipped from rail to rail as they ‘walk’ across the Station’s exterior. A second self-reeling tether connects them to the airlock, seen in this picture extending from behind Thomas’ left foot. If need be, they can follow this tether back to the airlock – ESA astronaut Luca Parmitano used this to return inside after his helmet filled with water and he was unable to see properly during a spacewalk in 2013.

Thomas is wearing a third backup – the SAFER backpack, bearing the number 16. If he were to lose hold and both tethers failed, Thomas could fire the jetpack’s nitrogen thrusters to push him back to the Station. SAFER is a last resort and has never been used outside of testing purposes.

The spacewalk went as planned and, even better, Shane and Thomas performed a number of extra tasks once they had installed the batteries. They retrieved a failed camera, installed a protective cover on an unused docking port, moved handrails in preparation for future spacewalks and took pictures of external facilities for ground control.

The duo spent five hours and 58 minutes outside the International Space Station.