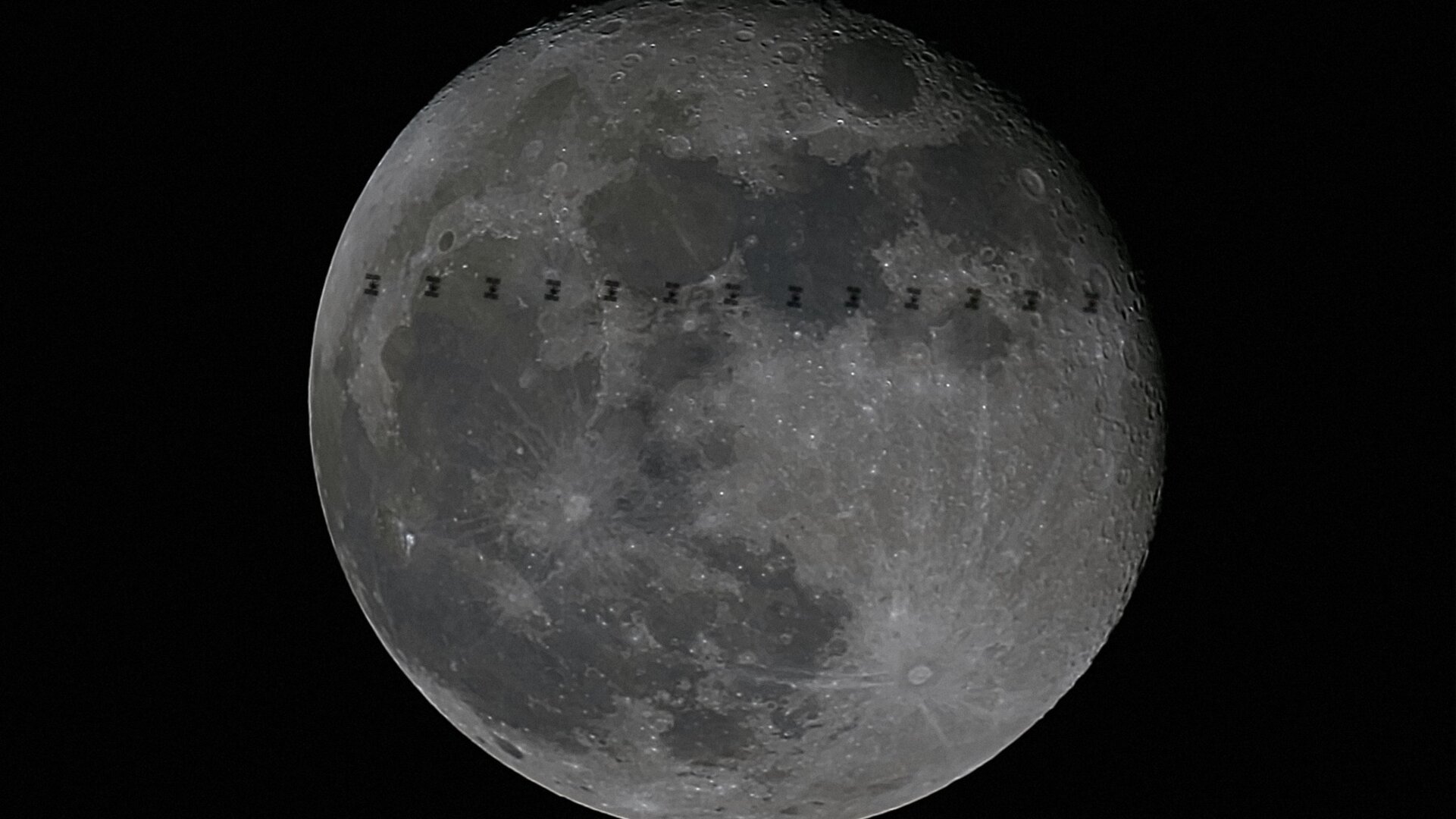 Is it a bird? Is it a plane? No, it is the International Space Station as it flies in front of the Moon as seen from ESA’s space science centre near Madrid, Spain, on 14 January.

A full Moon, looking up at the right time and good weather are necessary to take a picture like this. Consisting of 13 superimposed images, it clearly shows the Station’s main elements.

Thirteen frames were captured starting at 01:01:14 GMT, with the Station taking just half a second to cross the Moon.

The outpost is the largest structure in orbit, spanning the size of a football pitch, but at 400 km altitude it still appears tiny through a telescope.

As the Station could be seen only when in front of the Moon, the group had to press the shutter and hope for the best. Their calculations were perfect and the result speaks for itself.