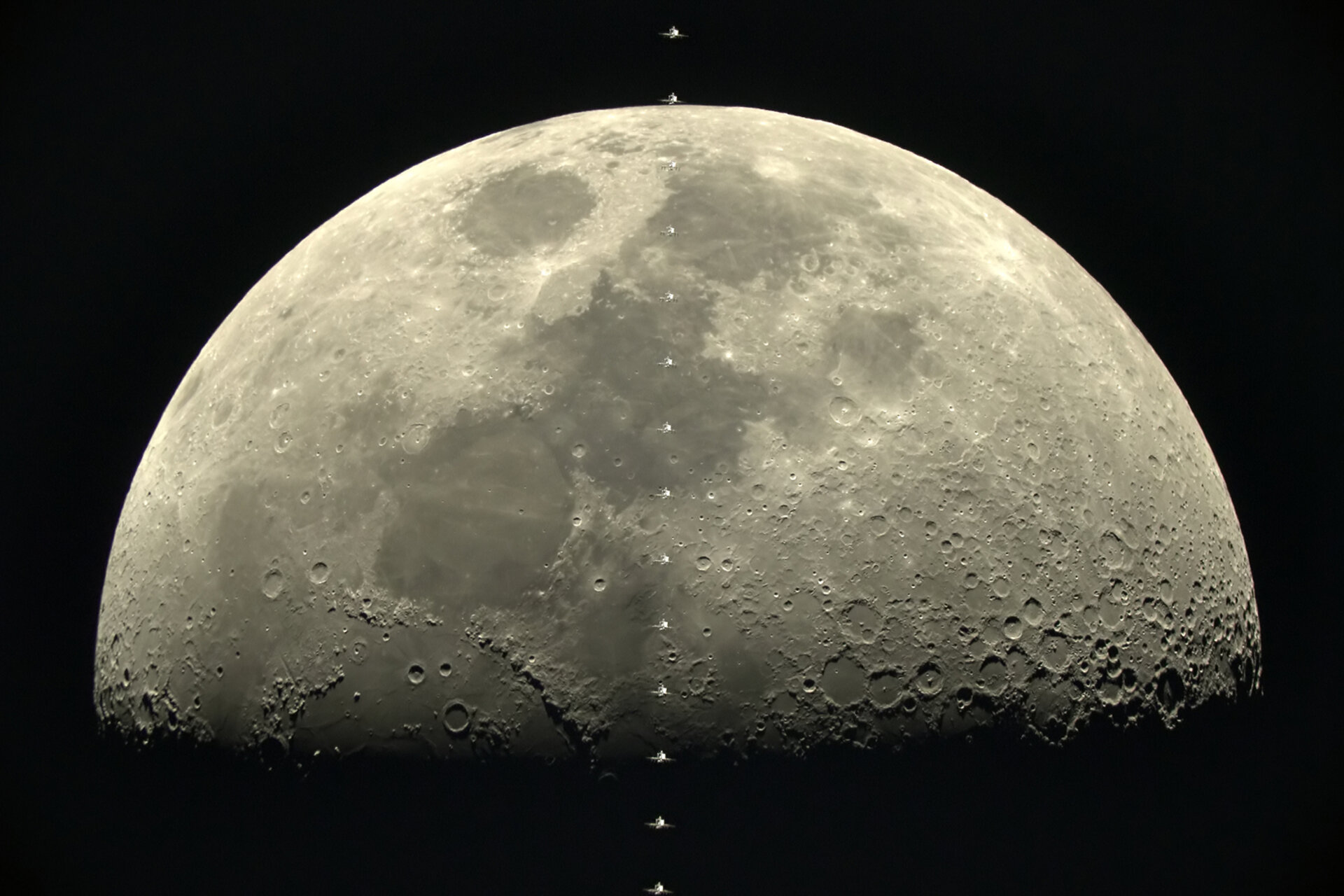 This image of the International Space Station passing in front of the Moon on 4 February 2017 was taken from Rouen, France, the birth town of ESA astronaut Thomas Pesquet.

Though Thomas considers Dieppe, France to be his home town, he was born in Rouen and completed his secondary education there. Thomas is spending six months on the Station conducting science experiments as part of the Proxima mission.

Astrophotographer Thierry Legault was unaware of Thomas’ connection to Rouen at the time. He first followed the Station’s transit from Lyon but was unable to capture the sequence owing to cloudy skies. Two days later, the transit line passed close to Rouen where, despite frequent cloudiness, Thierry was successful. He shot this 0.4 second transit during daylight.