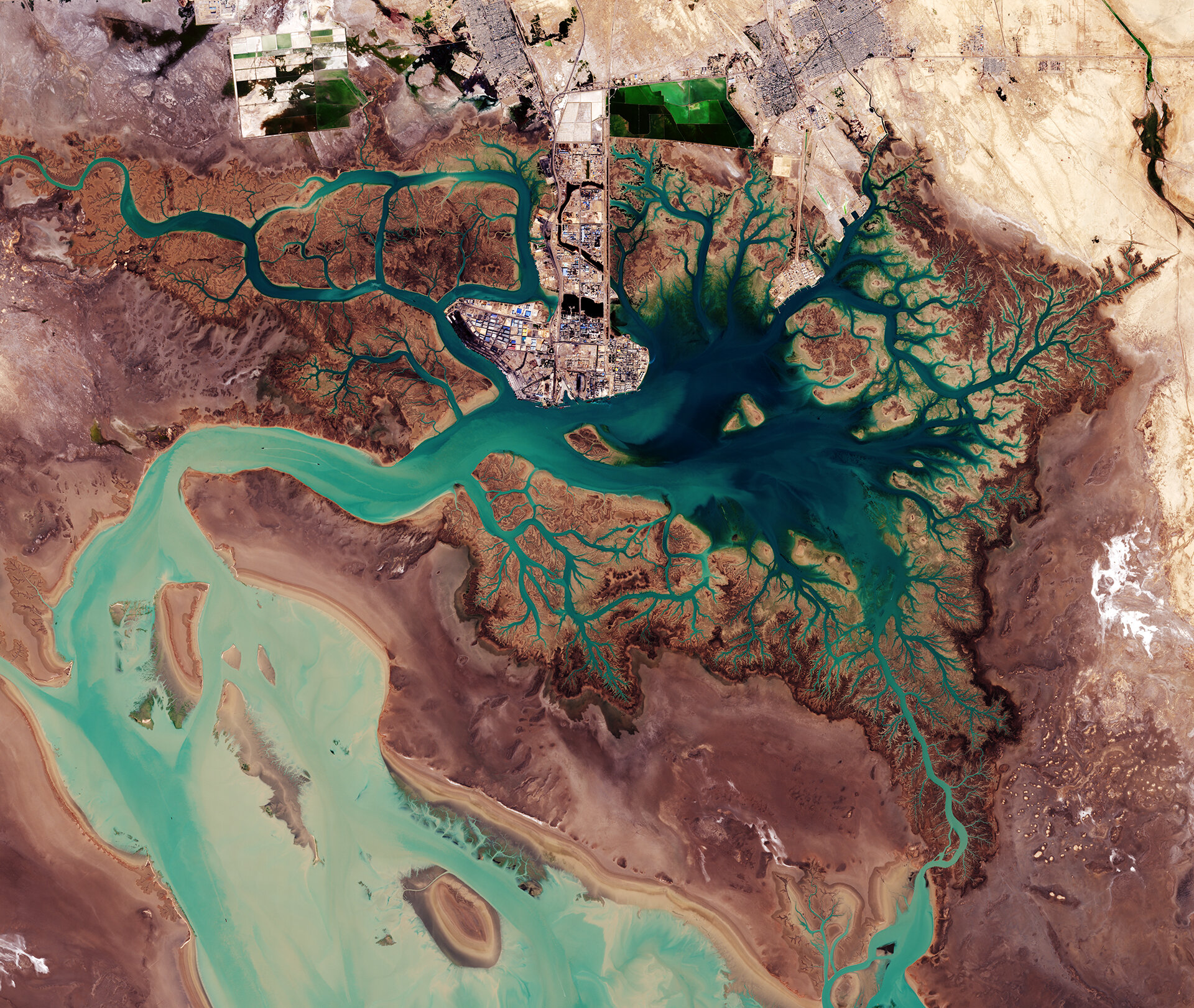 Iran’s Musa Bay on the northern end of the Persian Gulf is pictured in this image from the Copernicus Sentinel-2A satellite on 13 January 2017.

Near the centre, we can see the port city of Bandar Imam Khomeini, situated at the terminus of the Trans-Iranian Railway – a route that links the Persian Gulf with Iran’s capital, Tehran.

The dark area to the right of the port is Musa Bay, a shallow estuary. The large geometric structures along the top appear to be evaporation ponds for extracting naturally occurring minerals from the ground.

The left side of the image is dominated by the marshes and mudflats of the Shadegan wildlife refuge. It is the largest wetland in Iran, and plays a significant role in the natural ecology of the area.

The area provides a wintering habitat for a wide variety of migratory birds, and is the most important site in the world for a rare species of aquatic bird: the marbled duck. The northern part of the wetland is a vital freshwater habitat for many endangered species.

This area is considered a wetland of international importance by the Ramsar Convention, an intergovernmental treaty for the sustainable use of wetlands.

World Wetlands Day is observed every year on 2 February.