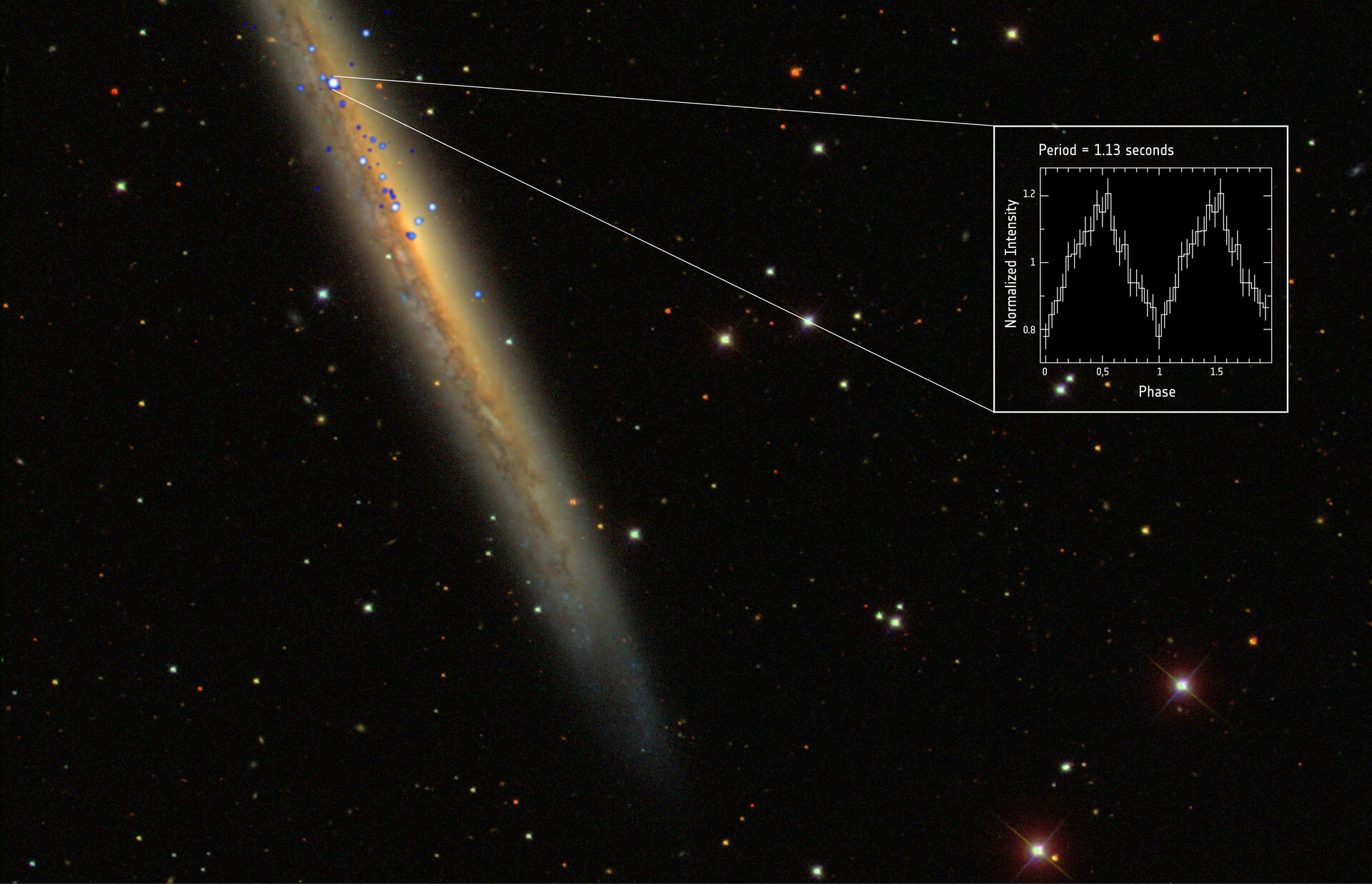 The record-breaking pulsar, identified as NGC 5907 X-1, is in the spiral galaxy NGC 5907, which is also known as the Knife Edge Galaxy or Splinter Galaxy. The image comprises X-ray emission data (blue/white) from ESA’s XMM-Newton space telescope and NASA’s Chandra X-ray observatory, and optical data from the Sloan Digital Sky Survey (galaxy and foreground stars).

The inset shows the X-ray pulsation of the spinning neutron star, which has a period of 1.13 s, as determined by XMM-Newton’s European Photon Imaging Camera.

More information: The brightest, furthest pulsar in the Universe