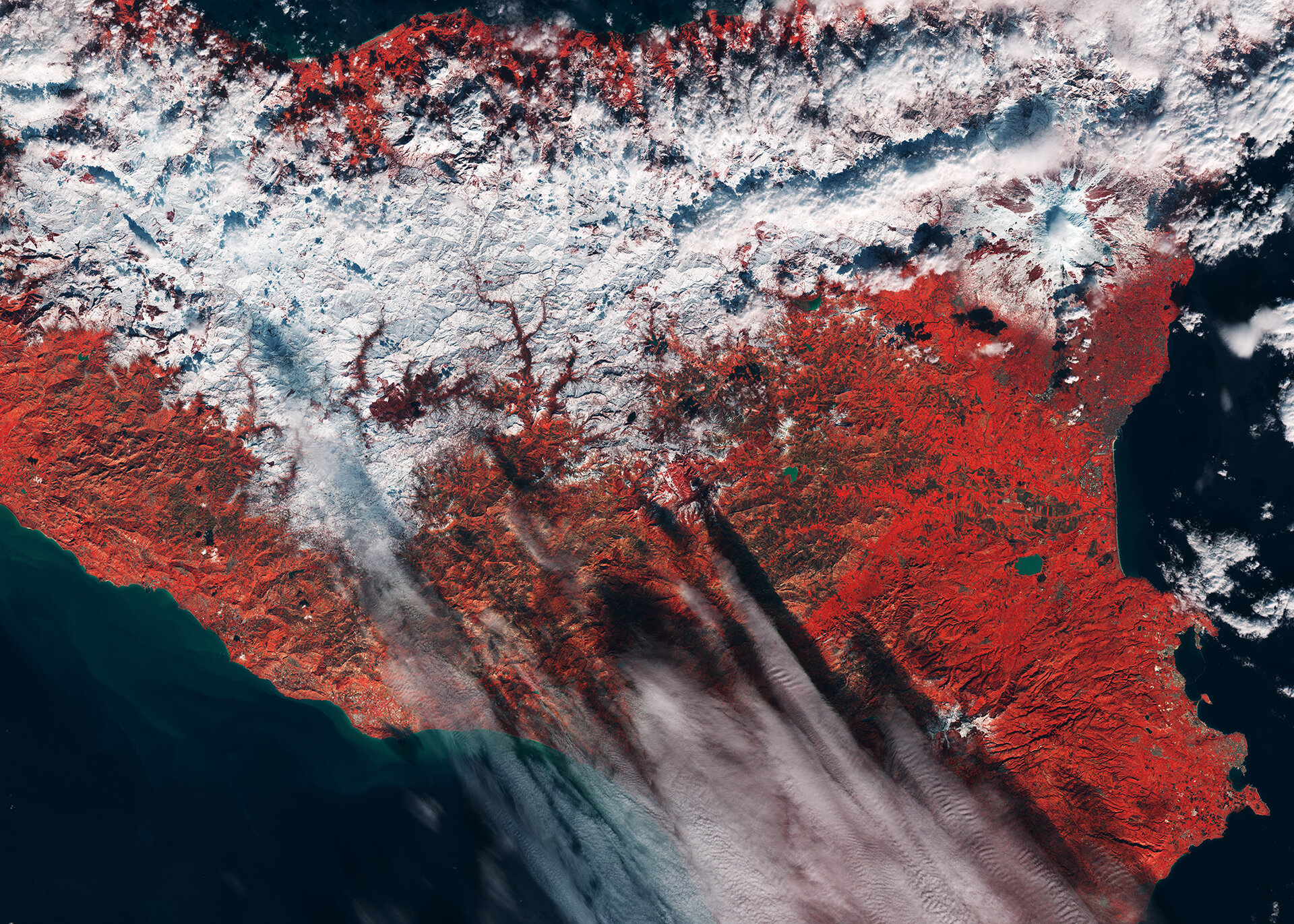 Part of the Italian island of Sicily is pictured in this false-colour image from the Sentinel-2A satellite.

This image was captured on 8 January during a period of unusual cold and snowfall across parts of southern Europe. As a consequence the mountains of Sicily are visible in white across the northern part of the island. While Italy’s northern regions experienced little snowfall this winter, the central and southern areas have seen abnormally cold conditions and snowfall in mountainous areas.

Mount Etna, an active volcano, is visible at upper right. Positioned over the zone where the African plate collides with and slips under the Eurasian plate, Etna’s frequent eruptions are often accompanied by large lava flows, smoke and ash.

Sentinel-2 provides optical data for land and vegetation monitoring. Its main instrument has 13 spectral bands, and this false-colour image was processed including the near-infrared channel – which explains why vegetation appears red.

The varying shades of red and other colours across the entire image indicate how sensitive the instrument is to differences in chlorophyll content. This is used to provide key information on plant health; brighter reds indicate healthier vegetation.

Sentinel-2 is a two-satellite mission for Europe’s Copernicus programme. While the first satellite was launched in June 2015, its Sentinel-2B twin is set for launch from French Guiana on 7 March 2017 at 01:49 GMT.