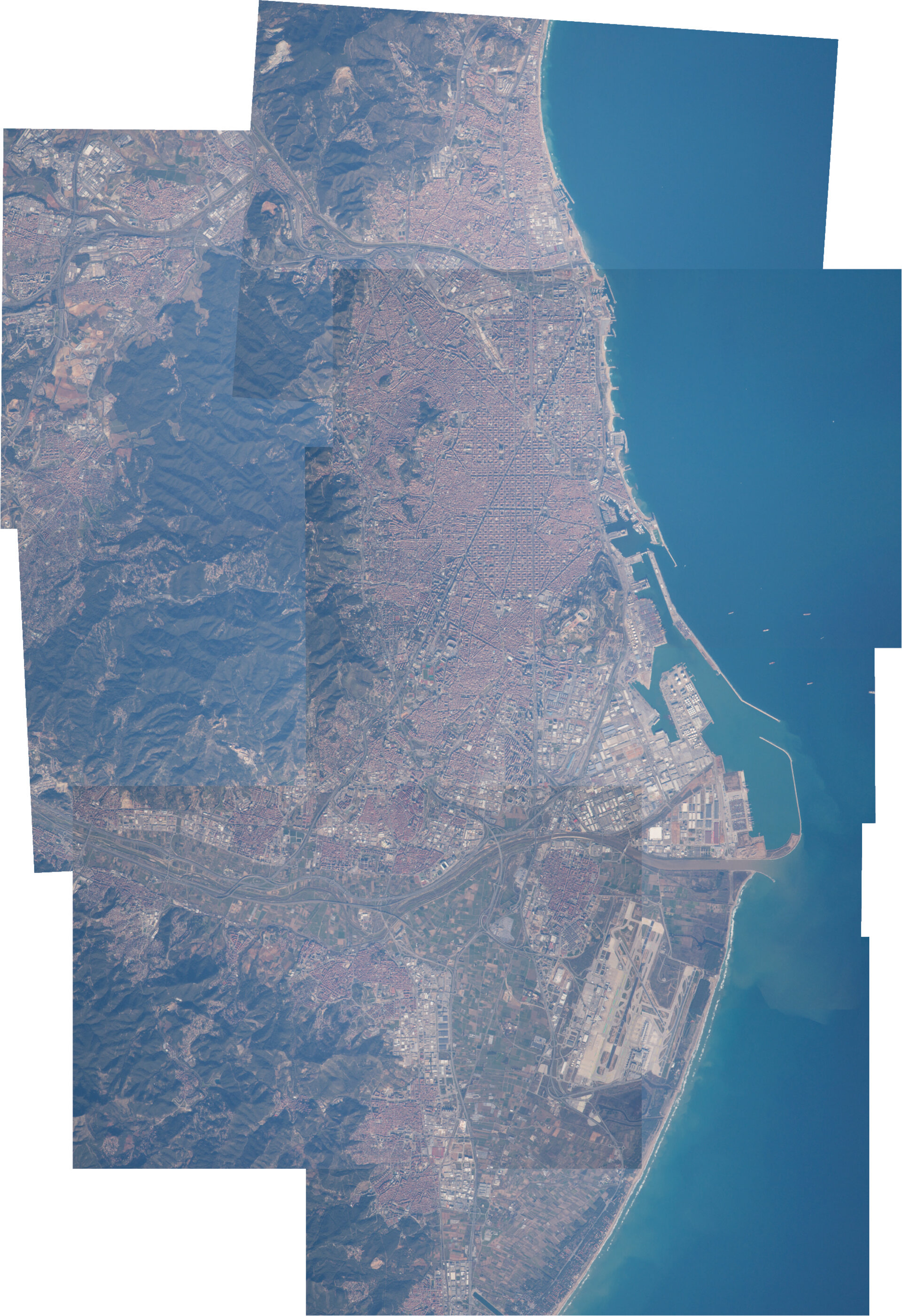 ESA astronaut Thomas Pesquet is spending six months on the International Space Station on his Proxima mission. In his free time, like many astronauts, he enjoys looking out of the Cupola windows at Earth. This collage was taken on 15 February and shows Barcelona in Spain. Ships entering the harbour and landmarks of Barcelona such as the Olympic village and La Ramblas are visible as you zoom in.

Thomas asked to have the series of highly zoomed pictures aligned into this mosaic to show the city in detail. The Station flies at roughly 400 km altitude so Thomas used the longest lens available onboard: 1150 mm.

Thomas took 30 photos of Barcelona in 20 seconds. As the Station circles Earth at 28 800 km/h, the outpost had moved around 160 km to the east by the time he had finished.

On the ground, the images were digitally rotated and assembled into this large collage. Download the high-resolution versions to zoom in and explore.