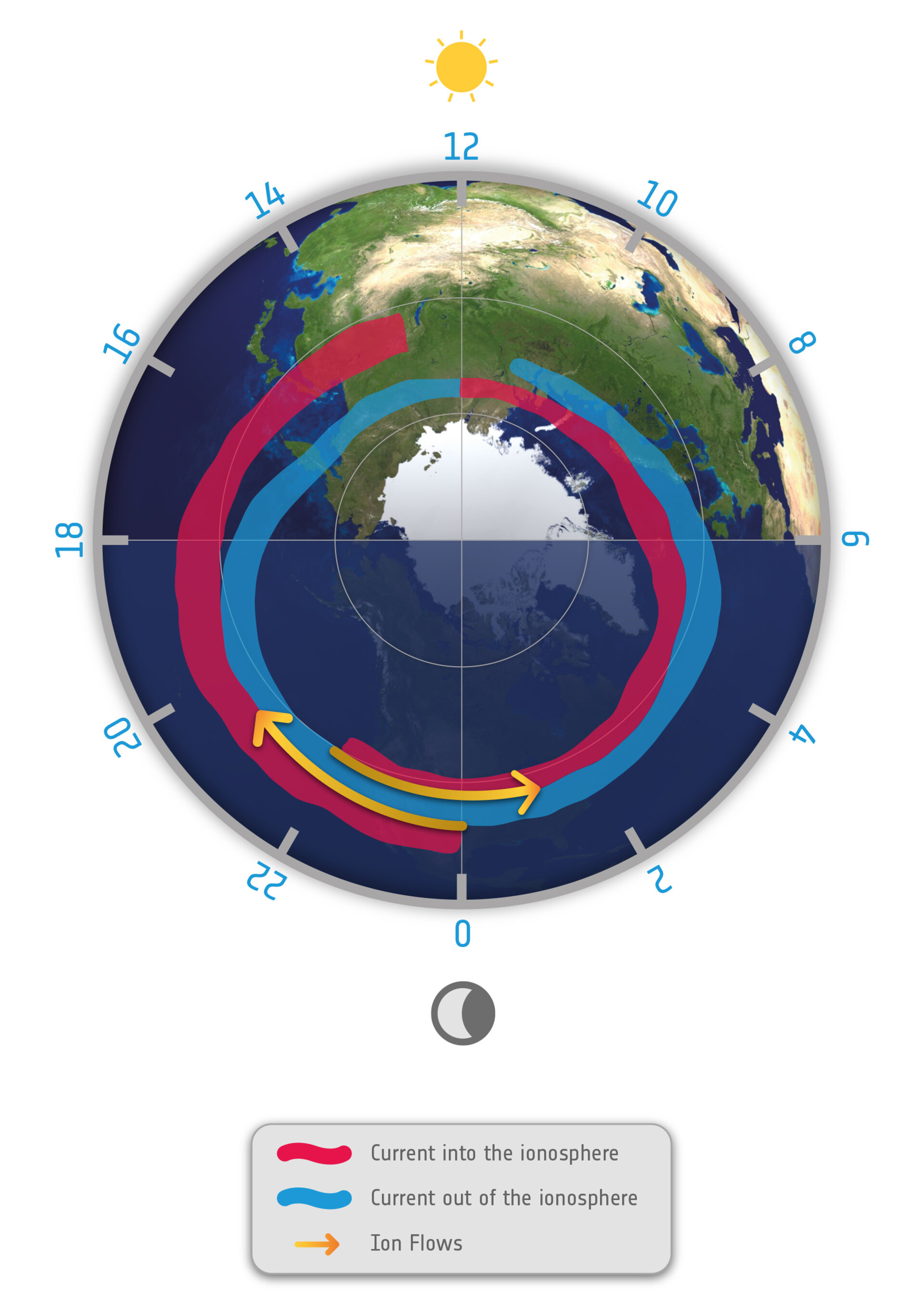 ESA’s Swarm has been used to improve our understanding about vast sheets of electric current in the upper atmosphere. Birkeland currents carry up to 1 TW of electric power to the upper atmosphere – about 30 times the energy consumed in New York during a heatwave. They are also responsible for ‘aurora arcs’, the familiar, slow-moving green curtains of light that can extend from horizon to horizon.

Recent observations by Swarm have revealed that they are associated with large electrical fields and occur where upwards and downwards Birkeland currents connect through the ionosphere. Scientists have also discovered that these strong electric fields drive supersonic plasma jets.
Read full story: Supersonic plasma jets discovered