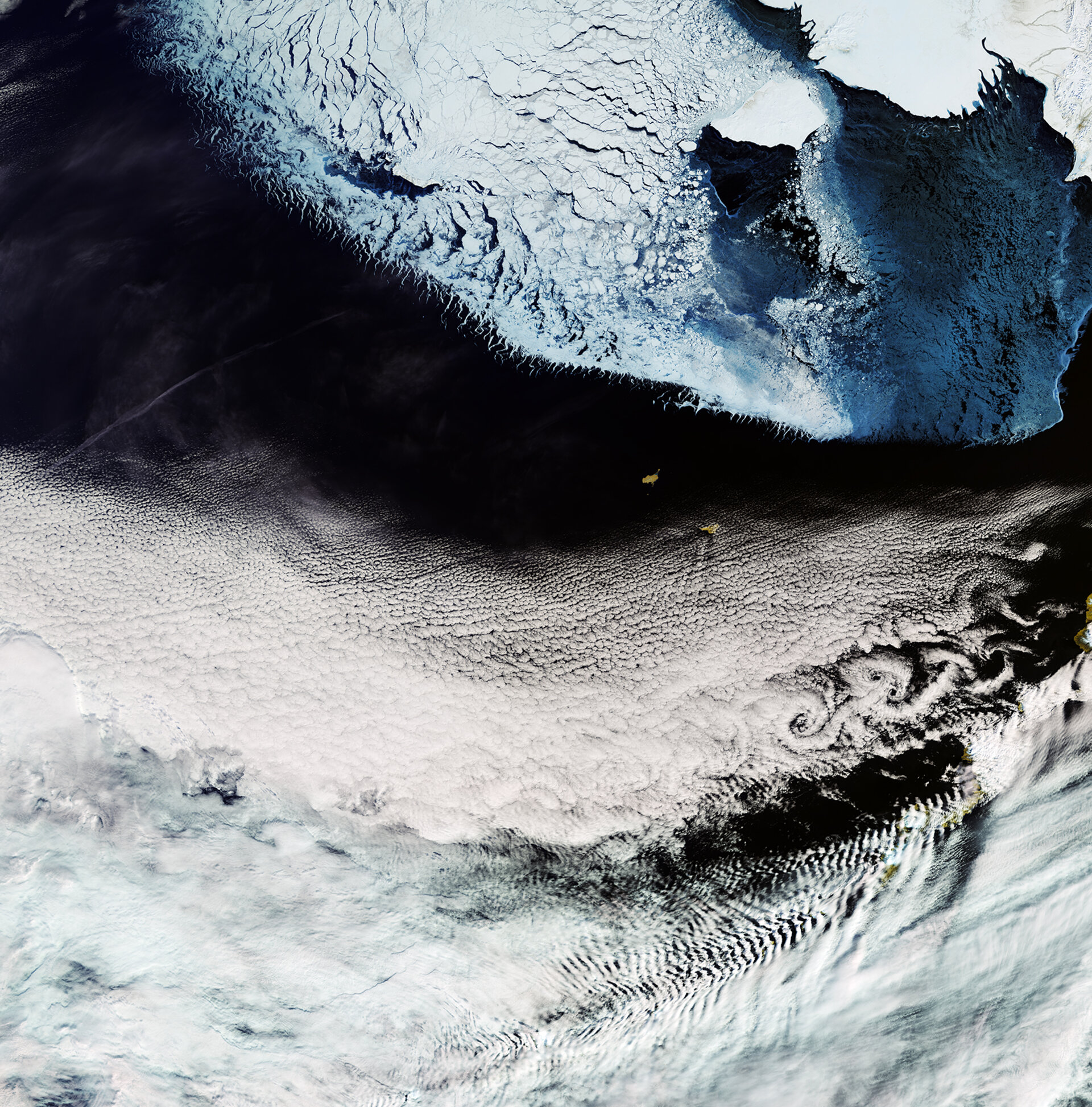 The Copernicus Sentinel-3A satellite brings us over the Bering Sea, north of the Alaska Peninsula, on 26 March.

Seasonal sea ice dominates the upper part of the image. Ice plays an important role in the sea’s ecosystem. Growing algae attach to the bottom of the ice; when the ice melts in the spring, it leaves behind a layer of nutrient-rich freshwater on which the algae thrive. Organisms higher up the food chain then eat the algae.

In the top-right corner, we can see part of Alaska’s mainland blanketed with snow, as well as Nunivak Island appearing like a massive piece of floating ice.

At the centre of the image are the islands of Saint Paul and Saint George – part of the Pribilof Islands. An estimated two million seabirds nest on these islands annually.

The swirling clouds on the right side of the image are the result of a meteorological phenomenon known as a von Kármán vortex street. As wind-driven clouds pass over the Unimak Island on the right edge of the image, they flow around the high volcanoes to form the large spinning eddies that can clearly be seen in the image.

This image, also featured on the Earth from Space video programme, was captured by Sentinel-3’s Ocean and Land Colour Instrument, which helps monitor ocean ecosystems, supports crop management and agriculture, and provides estimates of atmospheric aerosol and clouds.