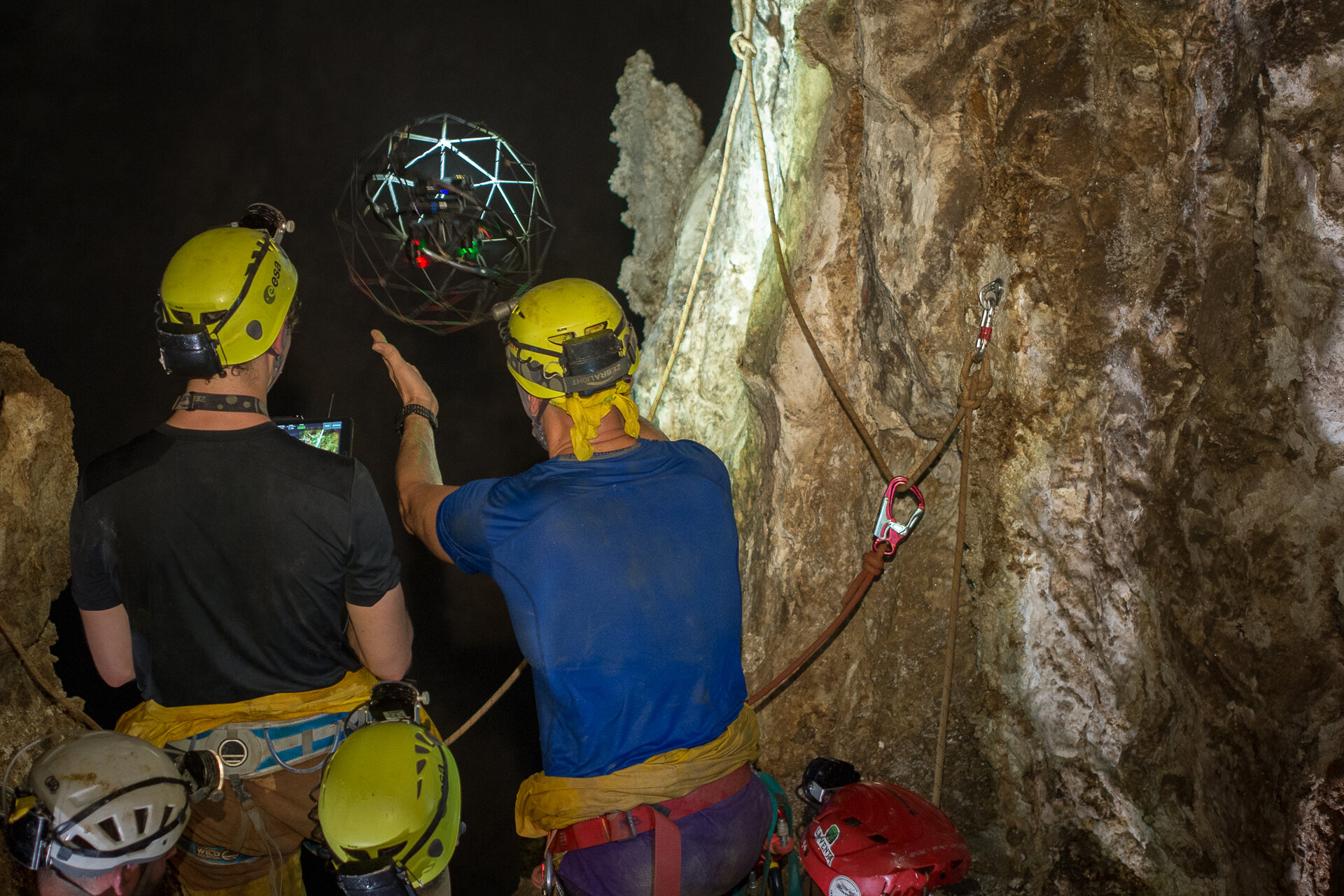 The team tested a new type of drone that is built to withstand collisions, allowing it to fly in and chart confined spaces. Equipped with infrared and optical cameras, the drone was launched into a 100 m-high vertical tunnel, the entrance of which can be seen here.

Two operators – one for the cameras and one for the drone itself – searched 60 m tunnel for hot spots and mapping never-seen-before areas. The thermal camera allowed the operators to pinpoint areas where temperatures are estimated to be higher than 40°C – circular conduits that are now earmarked for future exploration.

Inside the abyss, hot and cold air currents mix and form condensation so high it resembles continuous rain in the shaft. Despite these difficult conditions, the drone performed flawlessly over its nine flights.

An extension of ESA’s Cooperative Adventure for Valuing and Exercising human behaviour and performance Skills course, this CAVES-X1 expedition had Luca join the scientific expedition organised by La Venta Association and the Commissione Grotte Eugenio Boegan in the La Cucchiara caves near Sciacca, Sicily.

ESA’s strategy sees humans and robots working together to explore and build settlements on planetary bodies, as well as improving our understanding of our origins, and the origins of life in our Solar System. CAVES offers ways to test equipment, techniques and working methods for these future missions.