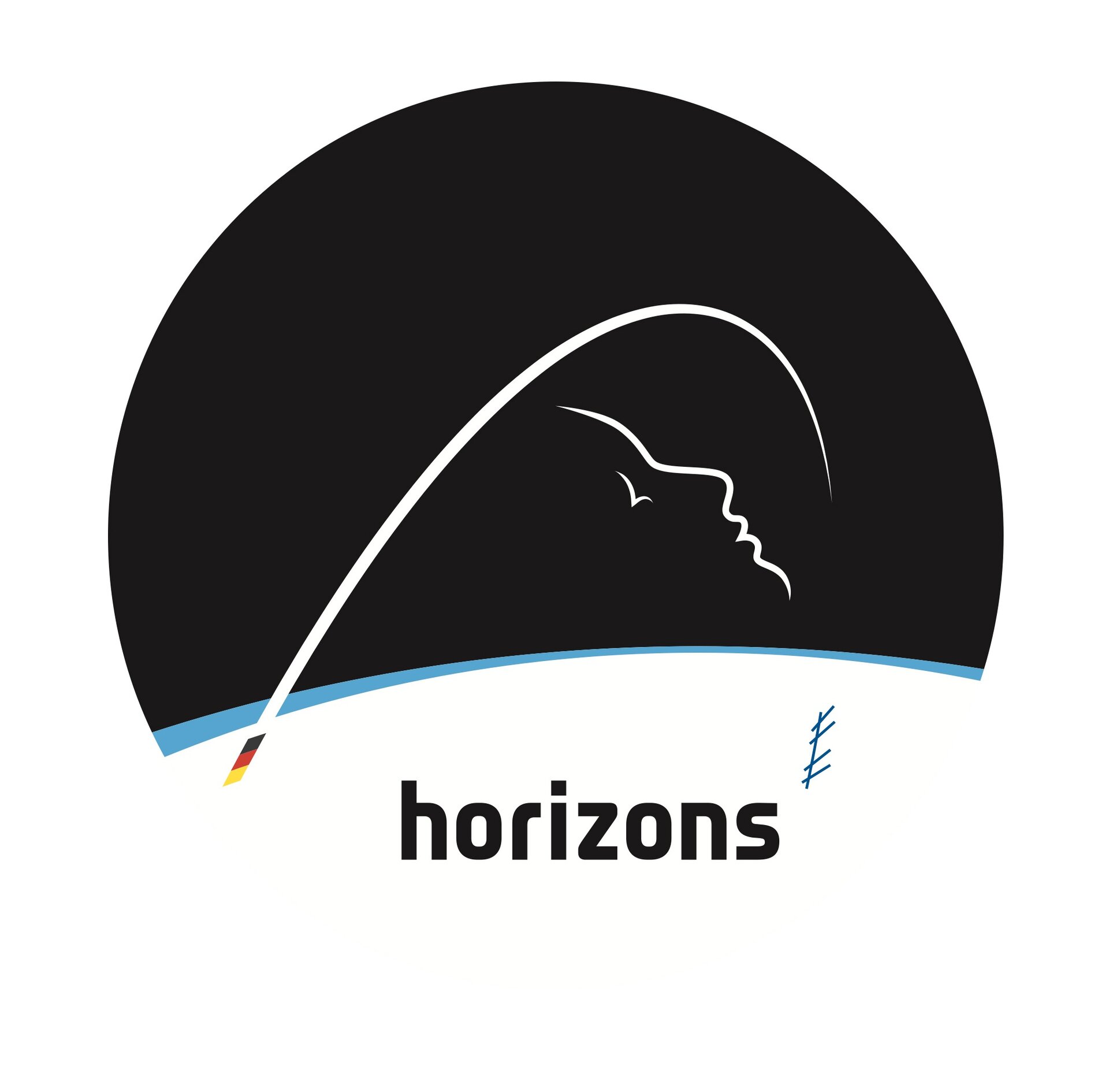 His mission is called 'horizons' and the logo was designed to be timeless, using the concept of the 'golden section', a mathematical ratio of 1:1.618, which has been used for centuries in art, architecture and music as well philosophically linked to the beauty of nature. In the logo, the basic grid and colours are based on the ratio of this golden section, as well as the positioning of individual logo elements. Thus, the horizon lies in the golden section of the circular surface height and the word mark with its baseline again on the minor part of the horizon. The colours and the parabola of the trajectory were determined by a sequence of numbers with (rounded) distances in the ratio 1:1.618. Other elements show a face gazing into space over the horizon with a blue band, which symbolises Earth's atmosphere but also Alexander's first mission, Blue Dot. The face's eye could also be a bird flying across an ocean, and the stylised International Space Station to the right of the mission name represents a four-masted sailing ship from the early days of sea exploration. The new mission goes beyond Blue Dot and extends into infinity symbolised by the white arc, with the Alexander's national flag colours subtly integrated at the left.