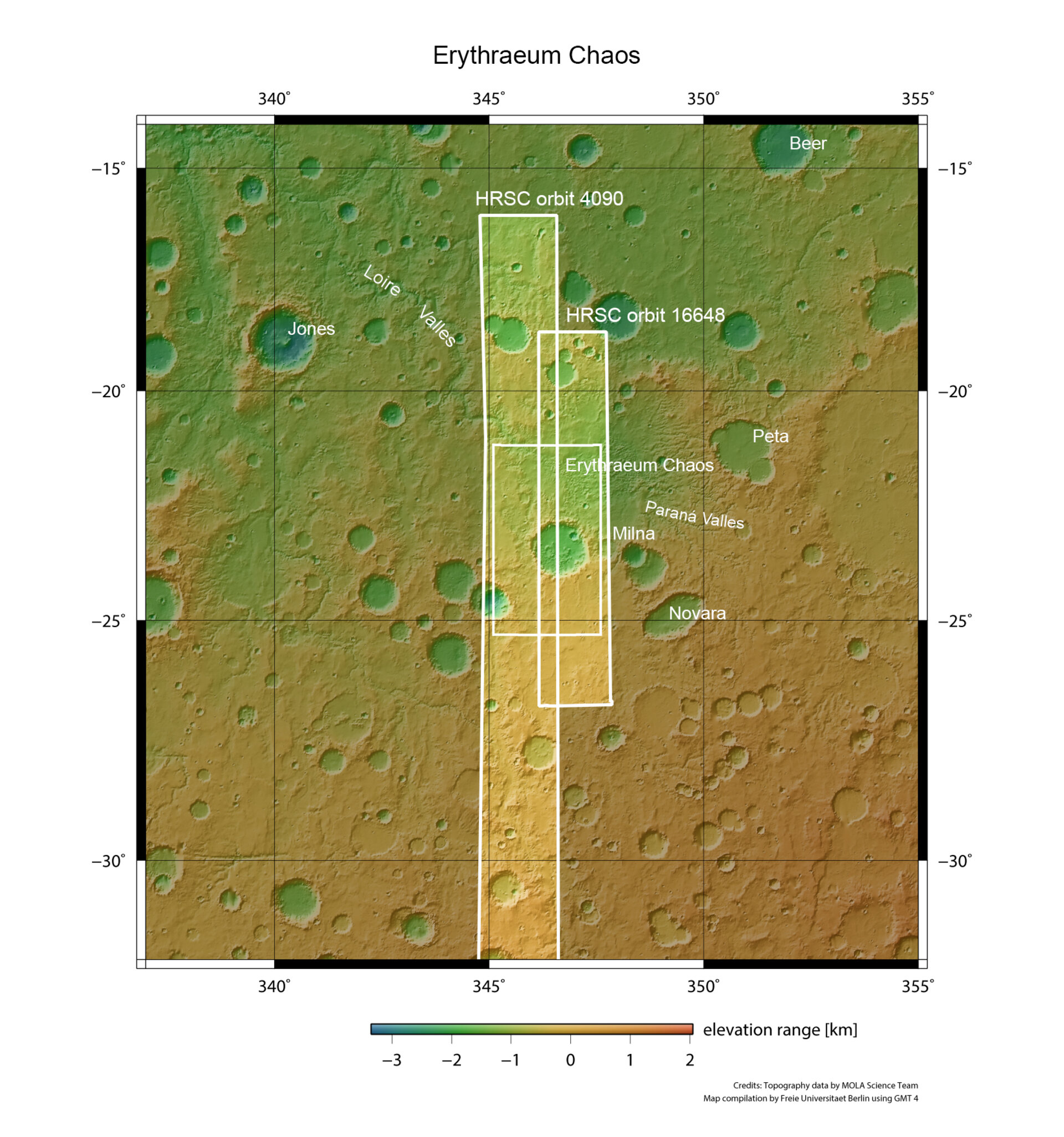 This context image shows the location of the Erythraeum Chaos region described in the associated image release in the southern hemisphere of Mars.

The region outlined by the left-hand white box indicates the area imaged during Mars Express orbit 4090 on 13 March 2007; the right hand box shows the region imaged during orbit 16648 on 22 February 2017. The small box in the centre highlights the focus of the associated image release. In this context image, north is up.