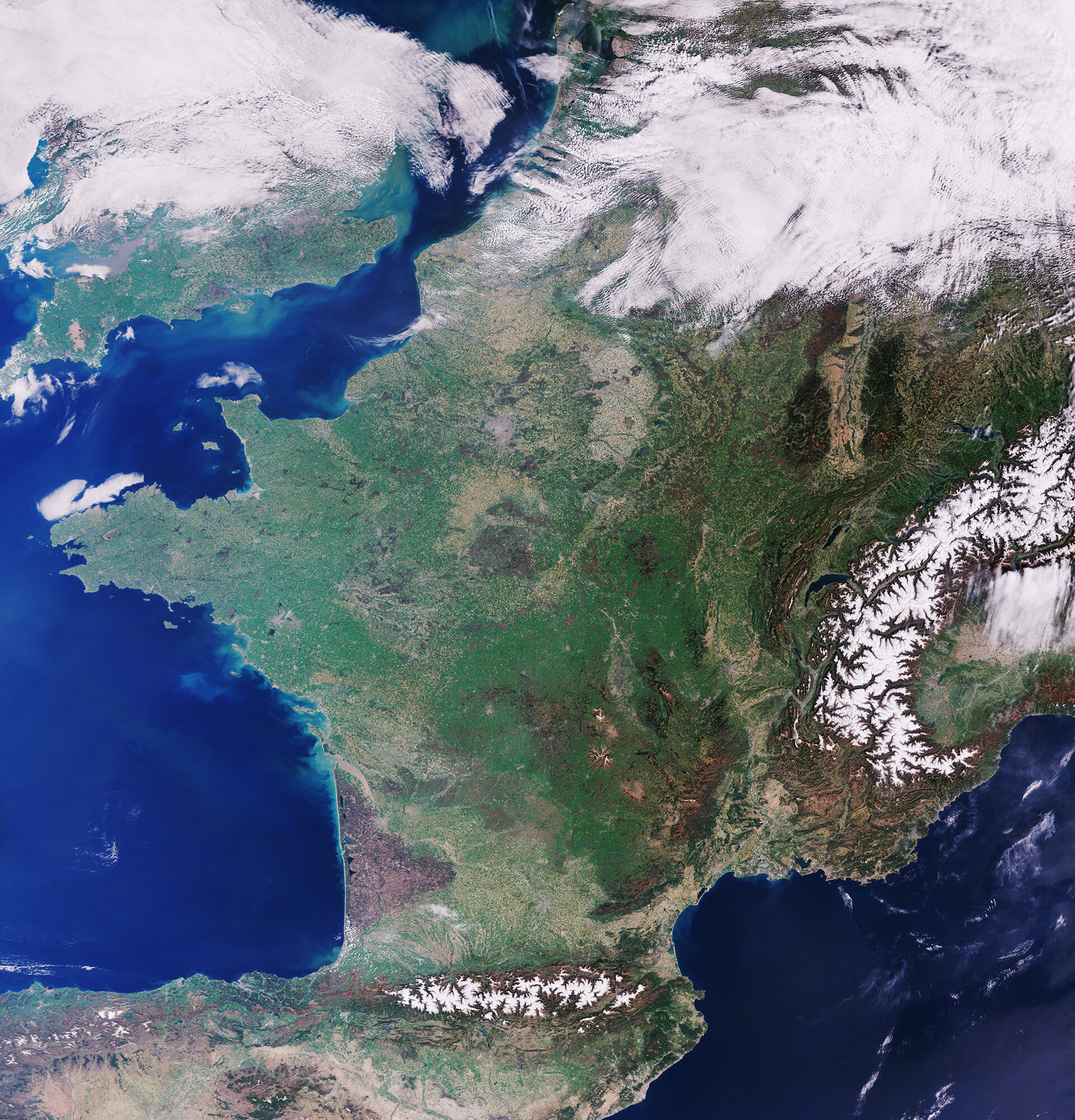 Sentinel-3 gives us a nearly cloud-free view of France and the surrounding countries.

Much of the landscape is covered with agricultural features. In fact, farmers manage nearly half of Europe’s land area. While agriculture brings benefits for economy and food security, it puts the environment under pressure. Satellites can help to map and monitor land use, and the information they provide can be used to improve agricultural practices.

On the right side of the image we can see the snow-covered Alps, while the Pyrenees mountains are visible near the bottom.

To the west of the Alps a green area of mountains and plateaus is visible, called the Massif Central. The region has more than 400 volcanoes, considered by scientists to be extinct.

On the right side of the image, the light brown area flanked by dark areas is the Rhine River forming part of France’s border with Germany. The dark area to the east is the Black Forest, while the dark area to the west are the Vosges Mountains.

Just above the centre we can see Paris – the site of ESA’s headquarters as well as the Paris Air & Space Show taking place this week.

This image was captured by the Copernicus Sentinel-3A satellite’s Ocean and Land Colour Instrument on 7 April 2017. The instrument monitors ocean ecosystems, supports crop management and agriculture, and provides estimates of atmospheric aerosol and clouds – all of which bring significant benefits through more informed decision-making.