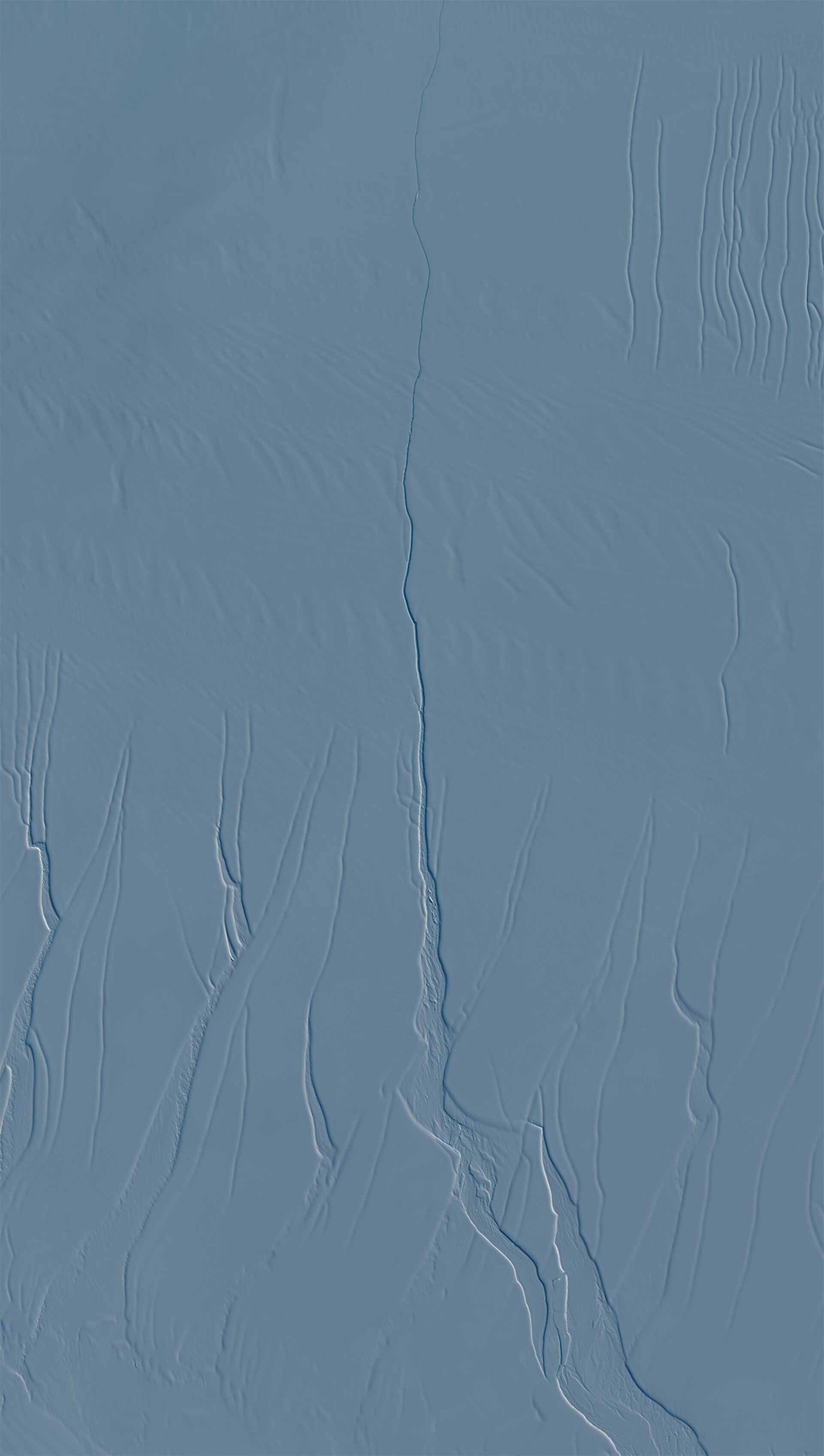 The crack in Antarctica’s Larsen C ice shelf was also being imaged by the Copernicus Sentinel-2A satellite before the dark polar winter set in. Carrying a high-resolution optical camera, the Sentinel-2 mission needs light to deliver images. This image, which was captured on 6 April 2017, shows the crack running parallel to the Weddell Sea and other fracture patterns. The fissure eventually led to part of the ice shelf breaking away. Images from the Sentinel-1 radar mission showed that a huge iceberg had calved by 12 July. Having both routine all-weather radar imaging and seasonal optical imaging as well as ice height information from ESA’s CryoSat means that we have greater insight into changes happening in the far reaches of the polar regions than ever before.