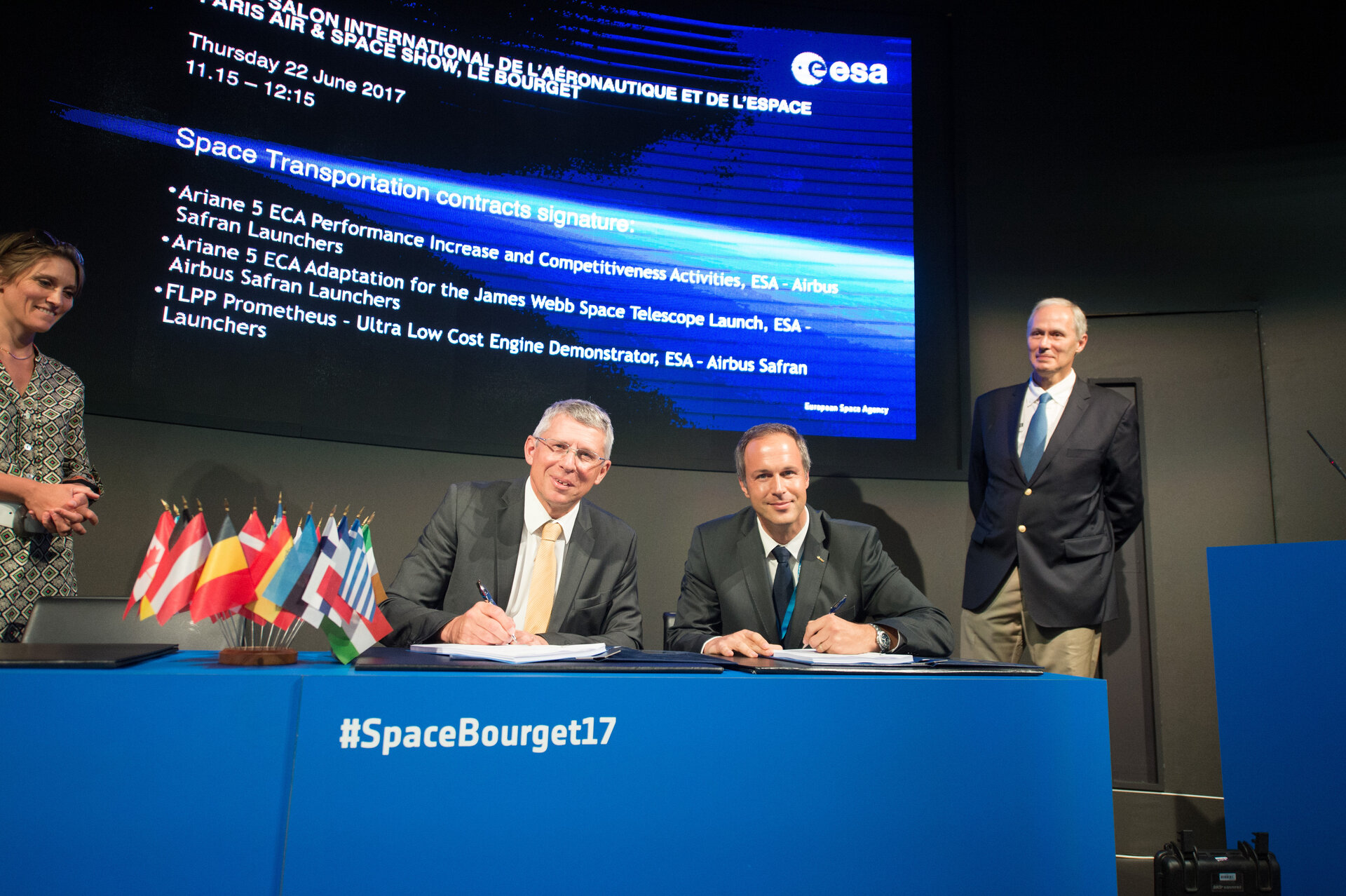 ESA Director of Space Transportation, Daniel Neuenschwander, signed five contracts with industry at the Paris Air and Space Show 2017 in France, to improve launch performance and flexibility, and maintain the competitiveness of Europe’s current and future space transportation systems.

On 22 June 2017, ESA's Daniel Neuenschwander and Alain Charmeau at Airbus Safran Launchers, the industrial prime contractor for Ariane 5 ECA, signed a contract for additional complementary development activities that will increase the launcher’s performance up to 10.2 t net payload in geostationary orbit by 2019.

Dual launches could accommodate one big satellite in the range 6.0–6.5 t and a small satellite of up to 3.5–3.7 t, at less cost, made possible through larger upper stage propellant tanks and a lighter Vehicle Equipment Bay.