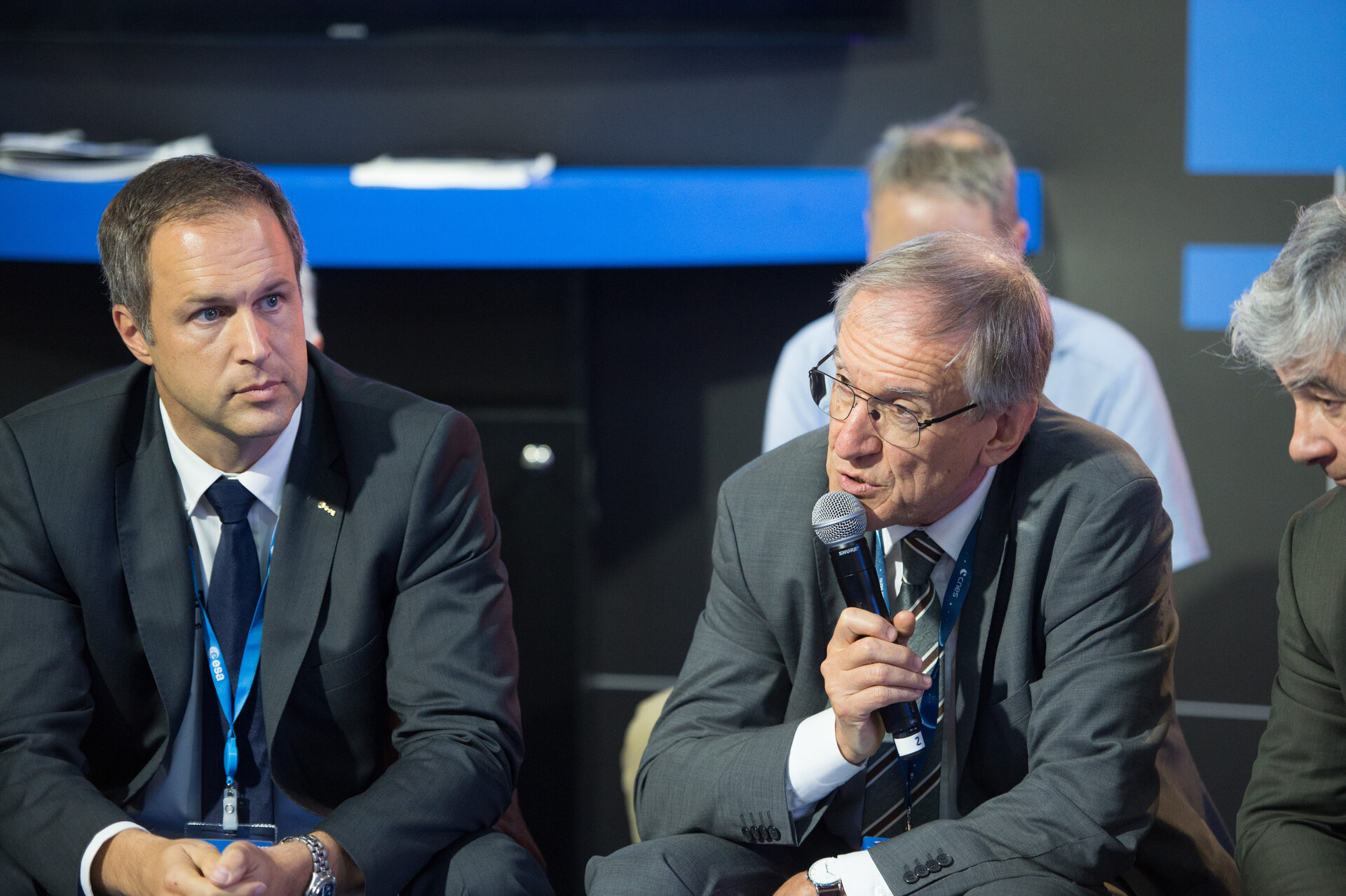 Joel Barre, CNES, Deputy Director General, during the Round Table on the role of European institutions in the exploitation of Ariane 6 and Vega-C, at the ESA pavilion, during the Paris Air and Space Show, on 22 June 2017.

Satellites from European institutions will play a major role during the exploitation of the new family of ESA-developed launchers, Vega-C and Ariane 6 which will be operative from 2019/2020.
In this round table, high level representatives from important European institutions were invited to debate how they can contribute to guarantee a level playing field for Ariane 6 and Vega-C exploitation with respect to competitors that can count on a very large number of institutional payloads.