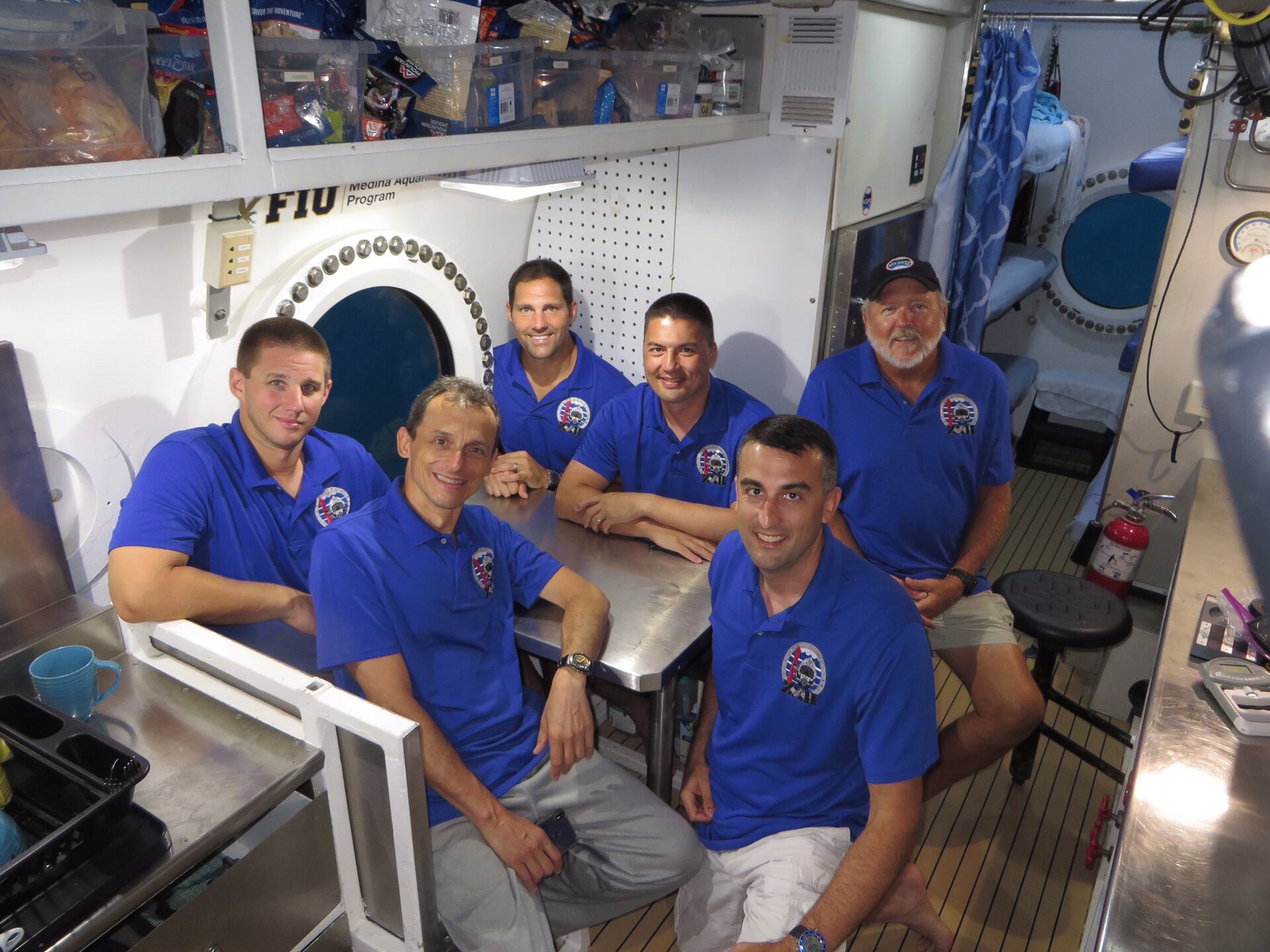 The crew taking part in NEEMO 22, the 22nd NASA Extreme Environment Mission Operations mission, consists of astronauts, technicians and scientists who are now on board the Aquarius underwater habitat off the coast of Florida.