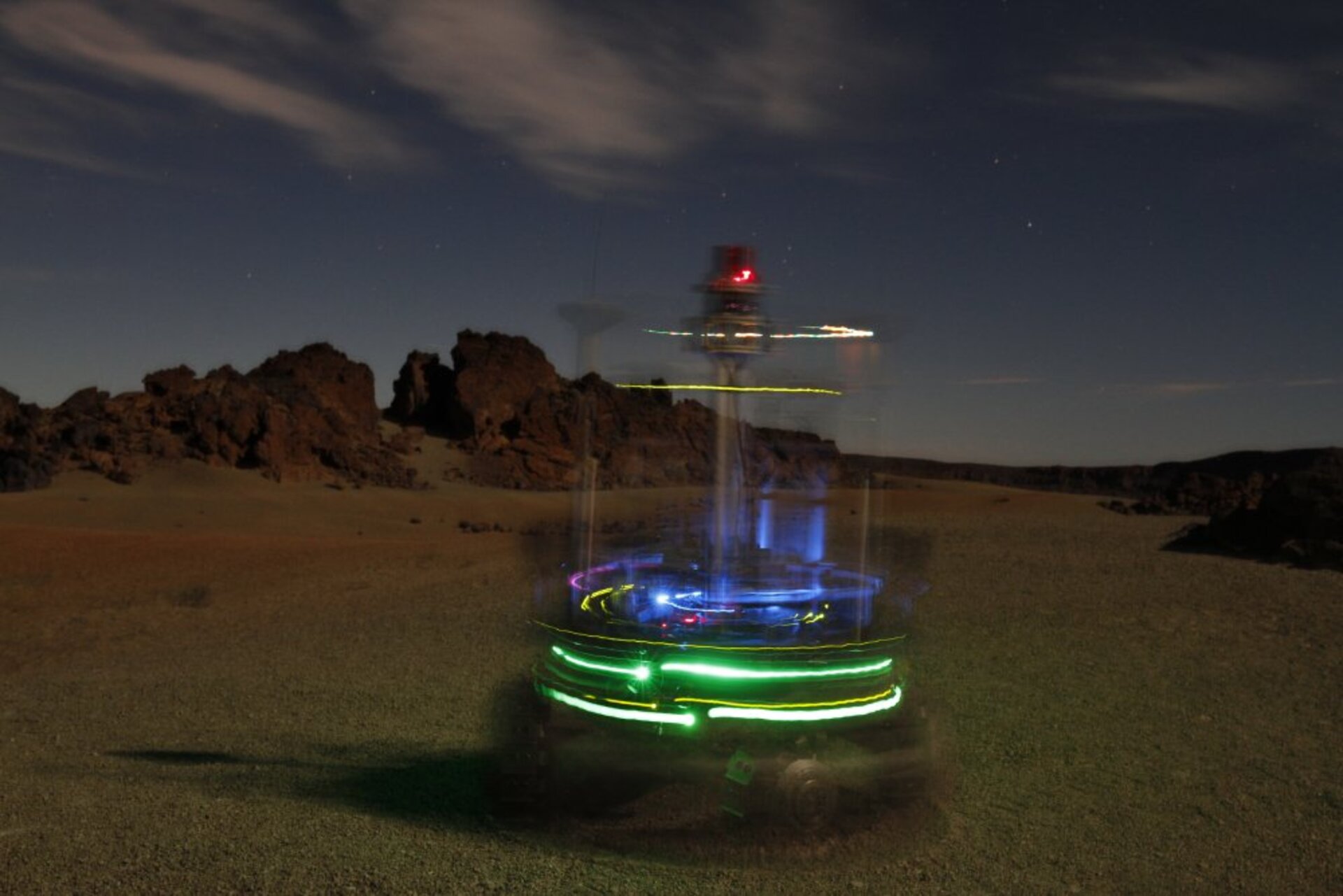 ESA’s light-studded Rover Autonomy Testbed vehicle does a twirl during night testing in Tenerife, intended to simulate the low light environment of the lunar poles.

The testbed, operated by a team from GMV in Spain, plus ESA’s Heavy Duty Planetary Rover, overseen by ESA’s planetary robotics team, have travelled to the Canary Islands for day and night testing in the volcanic, Moon-like environment of Teide National Park.

The two rovers carry navigation aids to work in both light and dark, including stereo cameras, lights, GPS, laser rangers and radar-like lidar. They can build digital 3D maps from these various sensors for both autonomous and teleoperated steering.