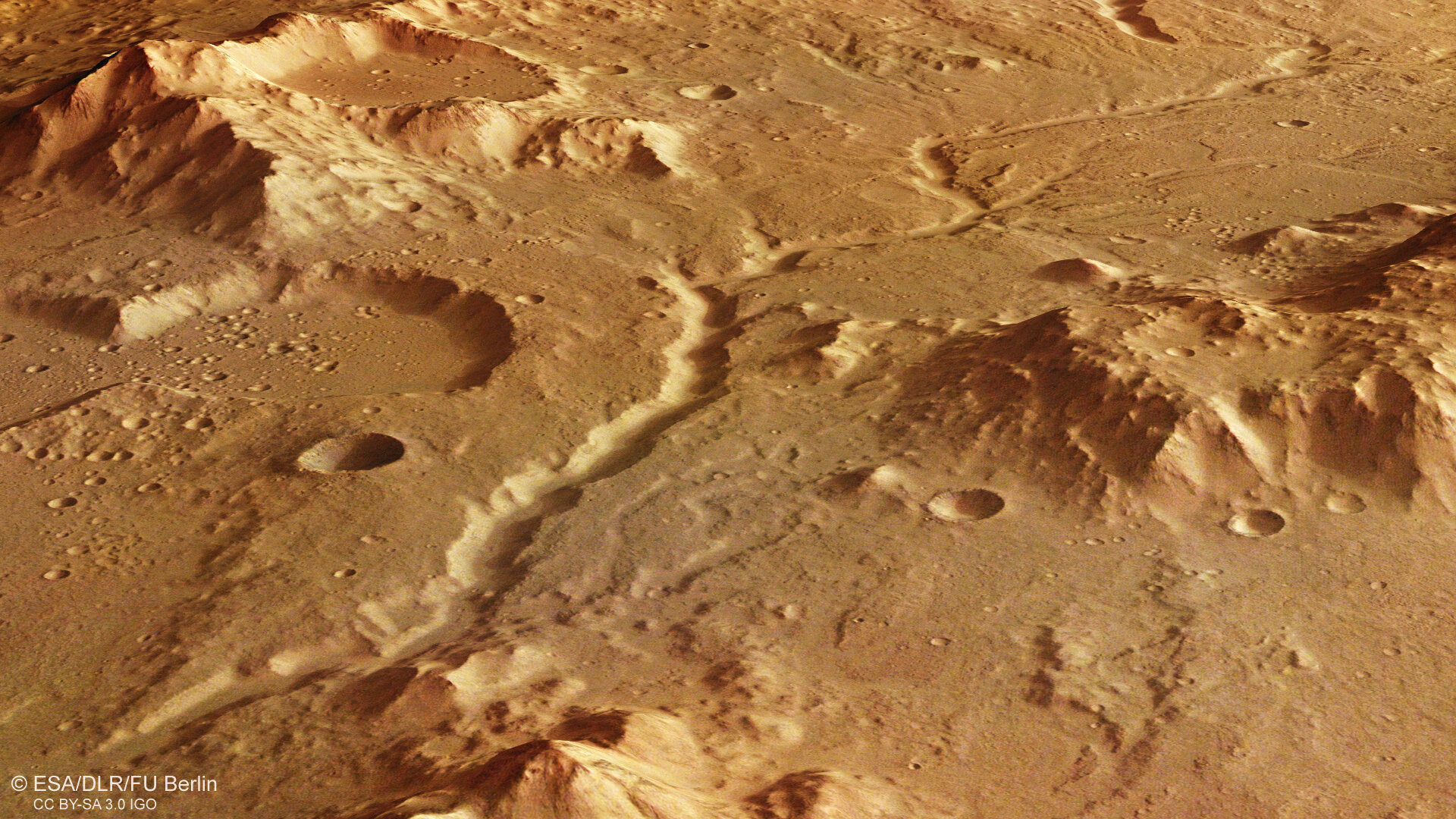 Perspective view looking along an ancient, dried out river channel in the Libya Montes region close to the equator on Mars. The valley snakes between hummocky mountain terrain and is fed by numerous tributaries arising from rainfall and surface runoff. To the left, part of a co-joined crater can be seen, its smooth floor pockmarked in smaller impact craters.

The oblique perspective view was generated using data from the Mars Express high-resolution stereo camera stereo channels. This scene is part of the region imaged on 21 February 2017 during Mars Express orbit 16647. The main image is centred on 90°E / 1°N. In this orientation north is roughly to the bottom.