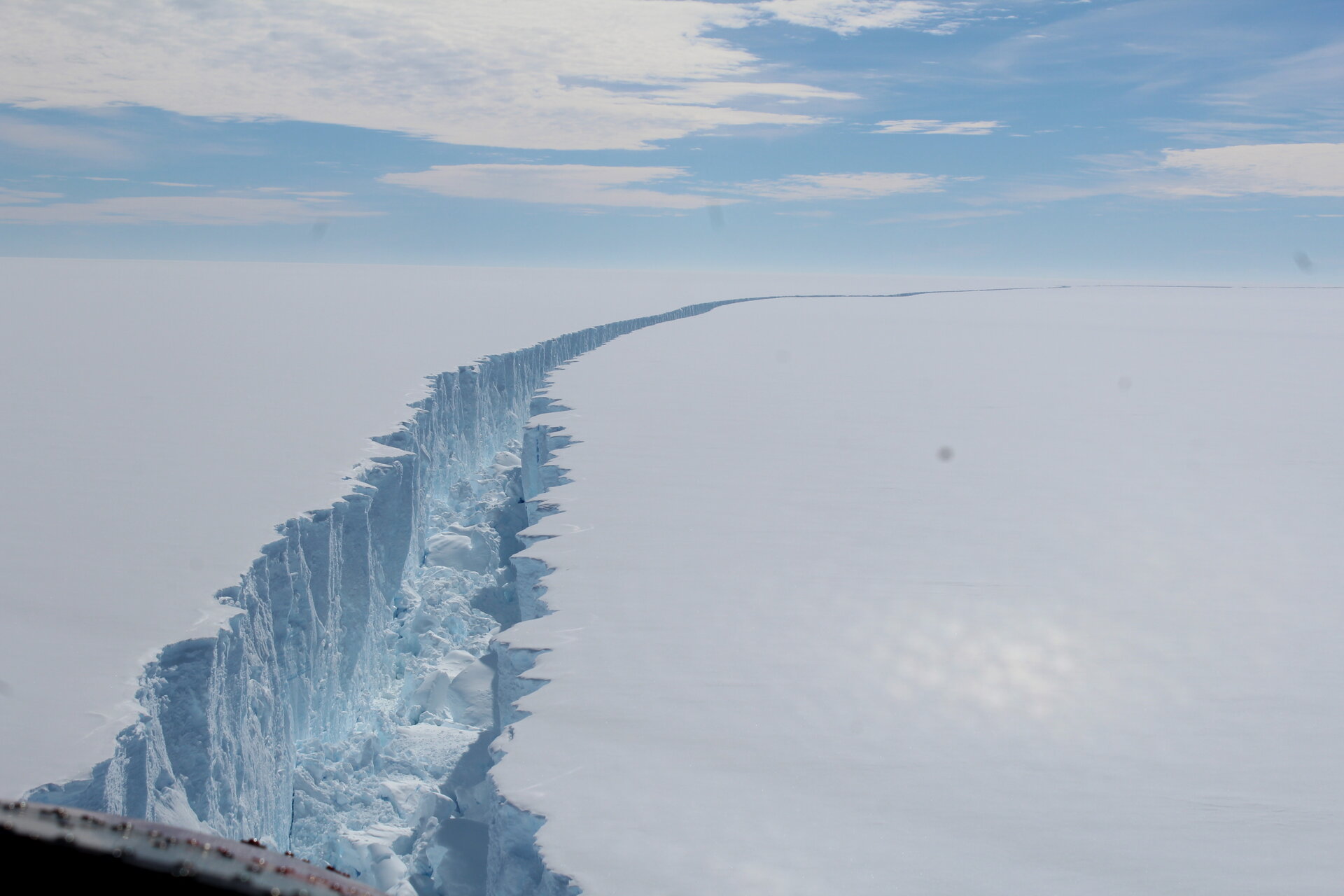 Larsen C rift from the air

The rift in the Antarctica’s Larsen C ice shelf from the air. The fissure first appeared several years ago, but seemed relatively stable until January 2016, when it began to lengthen. In January 2017 alone it travelled 20 km, reaching a total length of about 175 km. After a few weeks of calm, the rift propagated a further 16 km at the end of May, and then extended further at the end of June. More importantly, as the crack grew, it branched off towards the edge of the shelf, whereas before it had been running parallel to the Weddell Sea. With just a few km between the end of the fissure and the ocean by early July, the fate of the shelf was sealed. On 12 July, the Copernicus Sentinel-1 mission returned images showing that one of the largest icebergs on record had been spawned and changing the outline of the Antarctic Peninsula forever. This photo of the ice rift was taken from an aircraft.