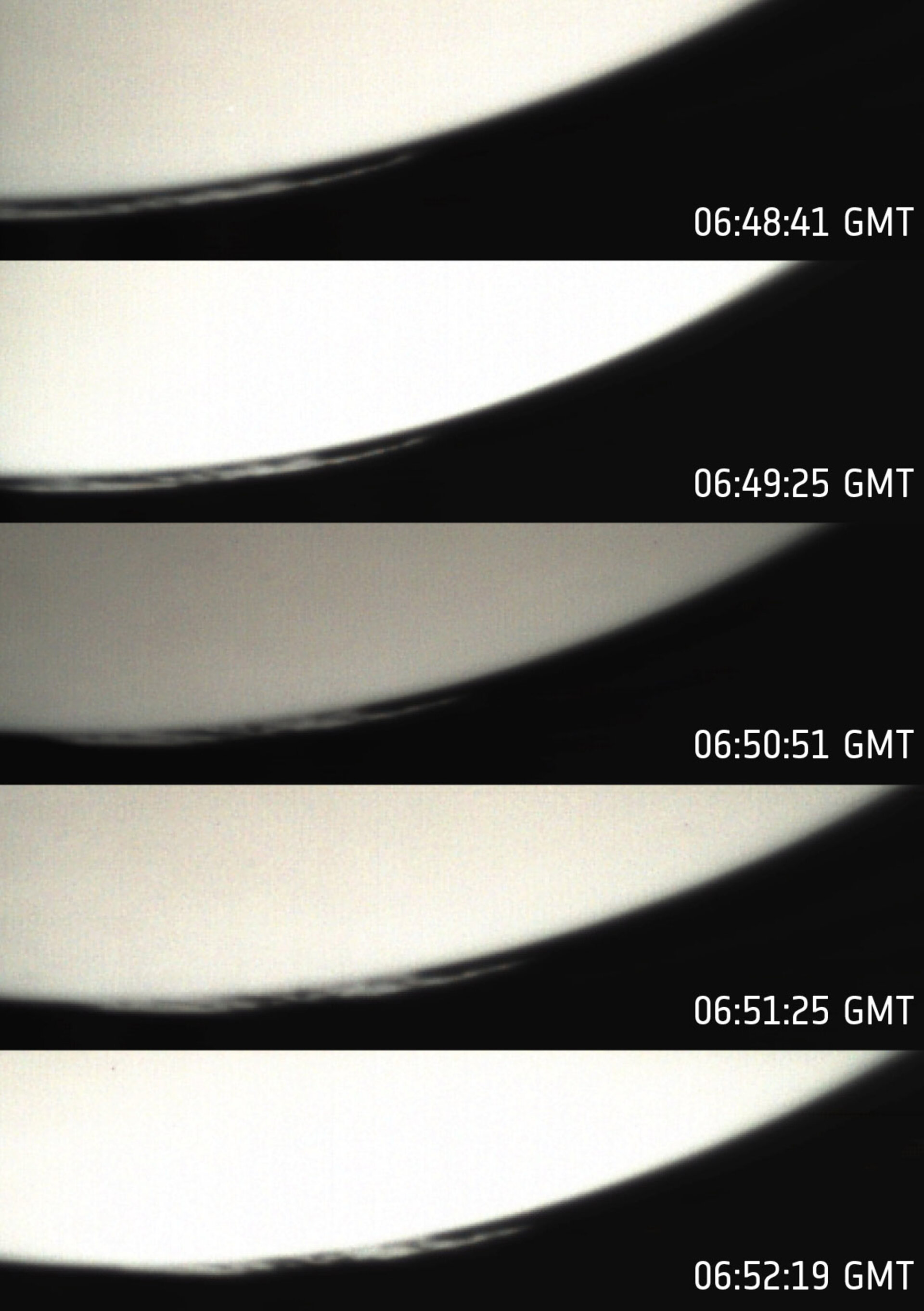 Example of a cloud event captured by ESA’s Mars Express Visual Monitoring Camera on 15 December 2009 over the equator. The cloud formation reaches a maximum altitude of 40 km and spans 830 km horizontally. It shows interesting features such as the ‘blobs’, which include a detached tilted element in the north–south direction, suggesting that it is shaped by the action of meridional winds. The event occurred close to the spring equinox for the northern hemisphere suggesting it is a condensate cloud of water-ice particles.