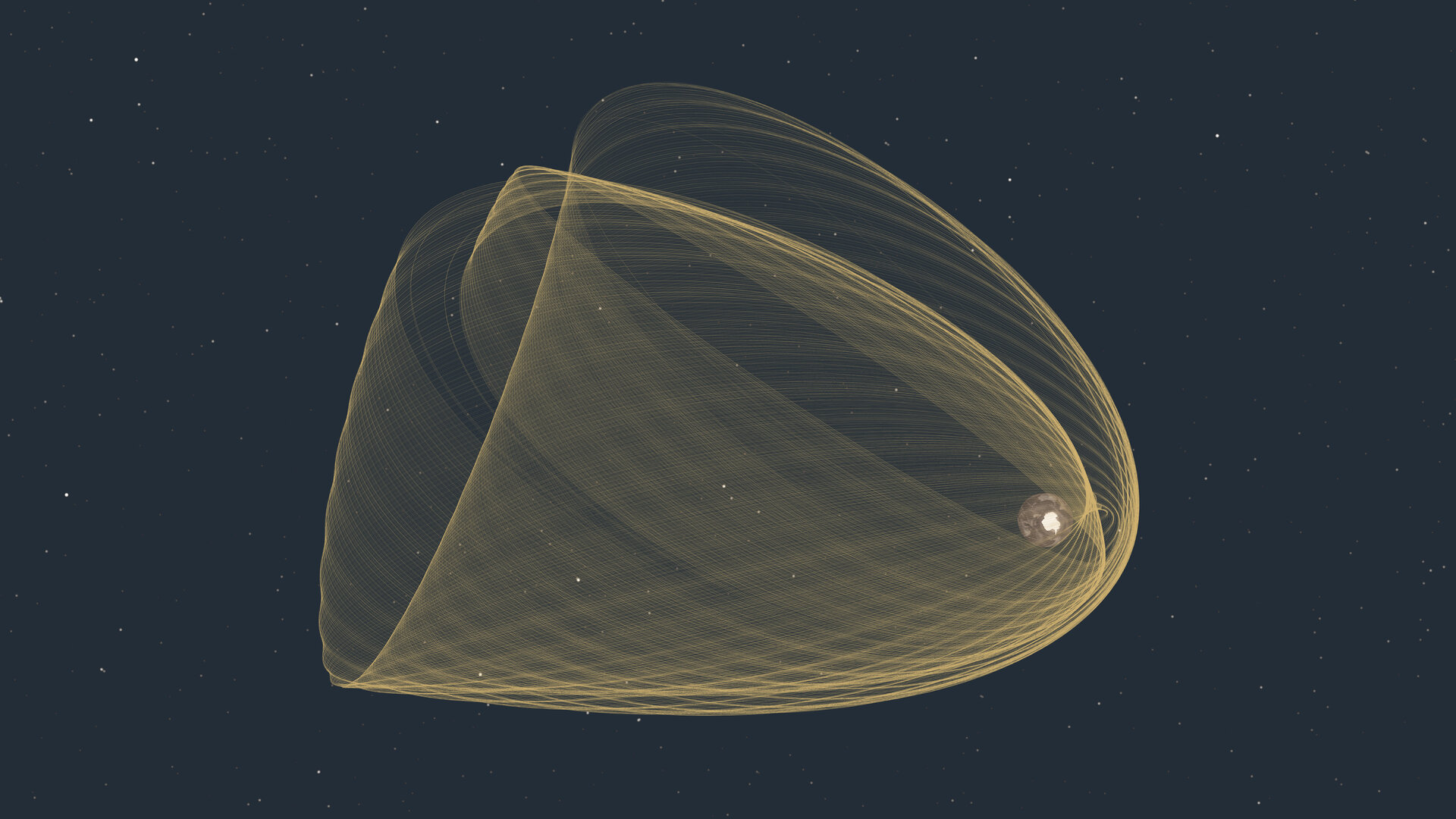 ESA’s Integral space observatory has been orbiting Earth for 15 years, observing the ever-changing, powerful and violent cosmos in gamma rays, X-rays and visible light. Studying stars exploding as supernovas, monster black holes and, more recently, even gamma-rays that were associated with gravitational waves, Integral continues to broaden our understanding of the high-energy Universe.

This image visualises the orbits of the spacecraft since its launch on 17 October 2002, until October of this year.

Integral travels in a highly eccentric orbit. Over time, the closest and furthest points have changed, as has the plane of the orbit. The orbit brought it to within 2756 km of Earth at its closest, on 25 October 2011, to 159 967 km at the furthest, two days later.

This kind of orbit provides long periods of uninterrupted observations with nearly constant background away from the radiation belts around Earth that would otherwise interfere with the satellite’s sensitive measurements.

In 2015, spacecraft operators conducted four thruster burns carefully designed to ensure that the satellite’s eventual entry into the atmosphere in 2029 will meet the Agency’s guidelines for minimising space debris. Making these disposal manoeuvres so early also minimises fuel usage, allowing ESA to exploit the satellite’s lifetime to the fullest.

The orbital changes introduced during these manoeuvres are seen in the wide-spaced orbits to the left of the image, highlighted in white in this annotated version of the image.