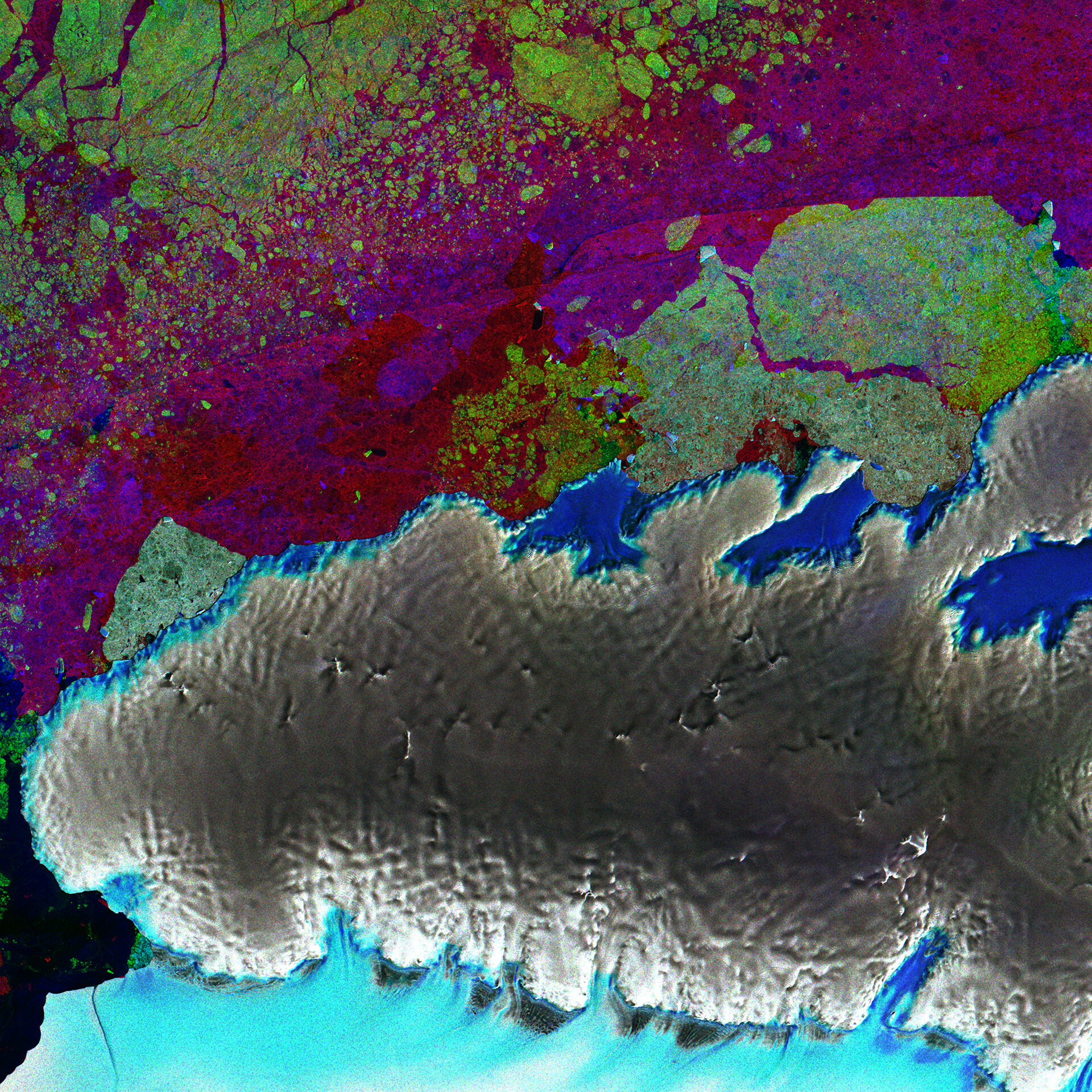 The satellite’s radar can ‘see’ through clouds and in the dark, making it a valuable tool for monitoring polar regions which are prone to bad weather and long periods of darkness – such as Antarctica.

This image combined three passes by Sentinel-1’s radar in March, April and May 2017. Each was assigned a colour – red, green and blue – and when merged, changes between the acquisitions appear in various colours.

The ice-covered island appears grey, showing no change over the three-month period. But changes in sea ice in the upper part of the image appear as speckles of green, red and blue.

In the lower part of the image we can see part of the Abbot Ice Shelf appearing in light blue.

Antarctica is surrounded by ice shelves, which are thick bands of ice that extend from the ice sheet and float on the coastal waters. They play an important role in buttressing the ice sheet on land, effectively slowing the sheet’s flow as it creeps seaward.

The ice sheet that covers Antarctica is, by its very nature, dynamic and constantly on the move. Recently, however, there has been a worrying number of reports about its floating shelves thinning and even collapsing, allowing the grounded ice inland to flow faster to the ocean and add to sea-level rise.