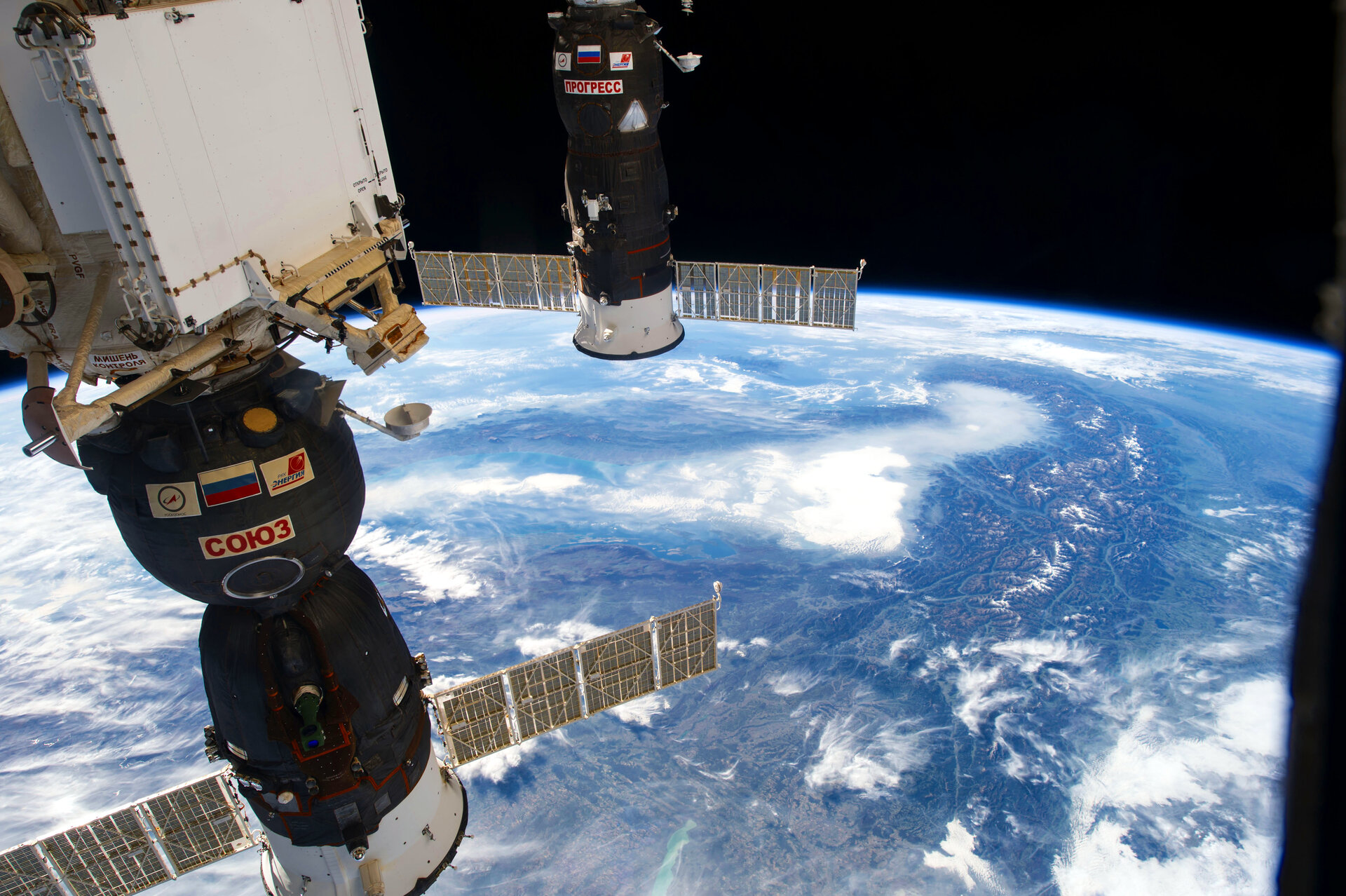 Two Russian spacecraft over the Alps

Two Russian spacecraft enjoy a ride over the Alps in this image taken from the International Space Station.

On the left is the Soyuz MS-05 that brought ESA astronaut Paolo Nespoli and fellow crew mates NASA astronaut Randy Bresnik and cosmonaut Sergey Ryazansky to the Station in July.

On the right is the Russian cargo vehicle Progress 68P, which docked to the Station with fresh supplies in mid-October.

Both vehicles will return to Earth in December just a week apart, with the Progress burning up upon reentry and the Soyuz landing in the Kazakh steppe with Paolo, Randy and Sergey.

Follow the VITA mission: http://blogs.esa.int/VITAmission/
Connect with Paolo during his five-month Vita mission via http://paolonespoli.esa.int