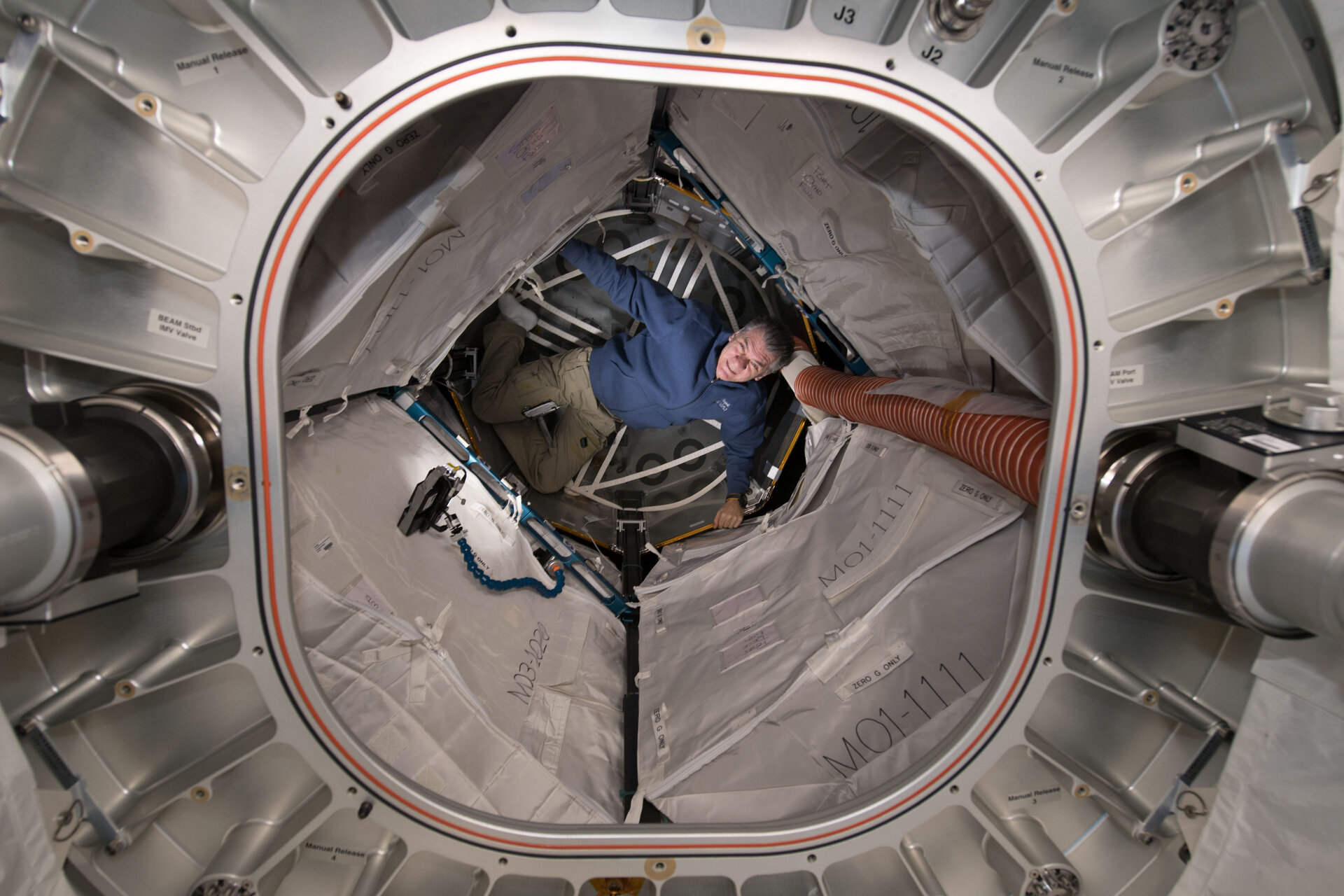 ESA astronaut Paolo Nespoli completes some tests in the Bigelow Expandable Activity Module, or BEAM, on the International Space Station.

The crew routinely monitors the new expandable habitat for its suitability for space. The module was compressed for launch and expanded to its full volume in space, offering lightweight but larger constructions than traditional hulls.

As for beaming back to Earth, Paolo will rely on a Soyuz rather than a Scotty.

Paolo and Expedition 52/53 crewmates Randy Bresnik of NASA and Sergei Ryazansky of Roscosmos will record a total of 139 days in space when they return to Earth on 14 December. They will hitch a ride back to Earth in Soyuz MS-05, landing on the Kazakh steppe in the early hours.

By the end of his Vita mission, Paolo will have completed over 60 experiments covering biology, material sciences, technology, education and human research. During this time Paolo, Randy and Sergei also welcomed five visiting vehicles – a Soyuz crew vehicle and four cargo ferries – two of which Paolo captured with the 16 m-long Canadarm2 robotic arm.

With the 139 days of Vita, Paolo totals 313 days in space across his three flights.