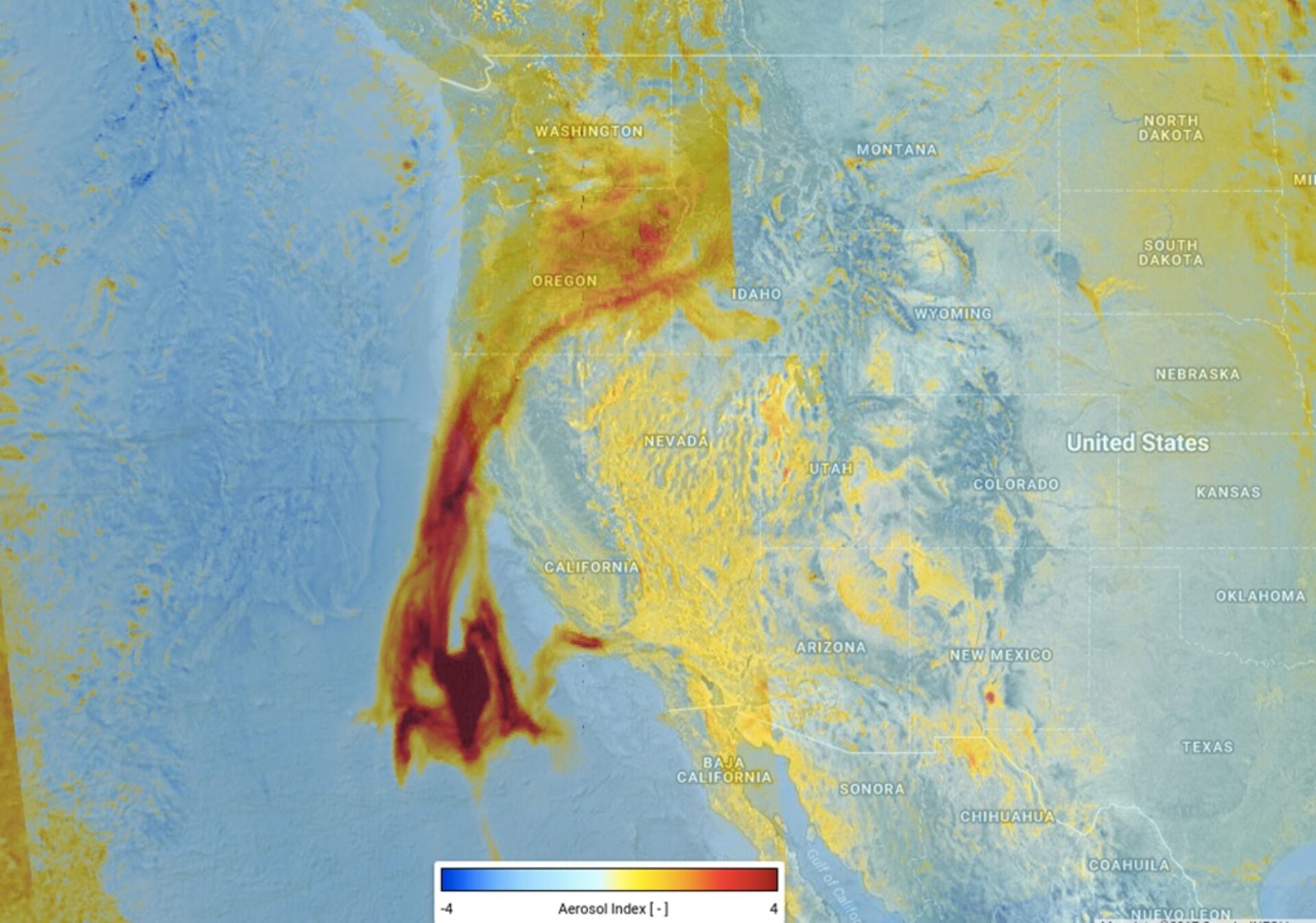 The new Copernicus Sentinel-5P satellite captured the presence of elevated absorbing aerosols – caused by fires – in the atmosphere off the west coast of the US on 12 December 2017.

While hundreds of firefighters battle the fires, more than 200 000 people have been forced to flee their homes. According to the California Department of Forestry and Fire Protection, the 2017 California wildfire season is the worst on record.

The Sentinel-5P satellite is still in its commissioning phase, so its Tropomi instrument is not yet fully calibrated, but images like these give us a preview of the data to come from the atmosphere-monitoring mission for Europe’s Copernicus programme.