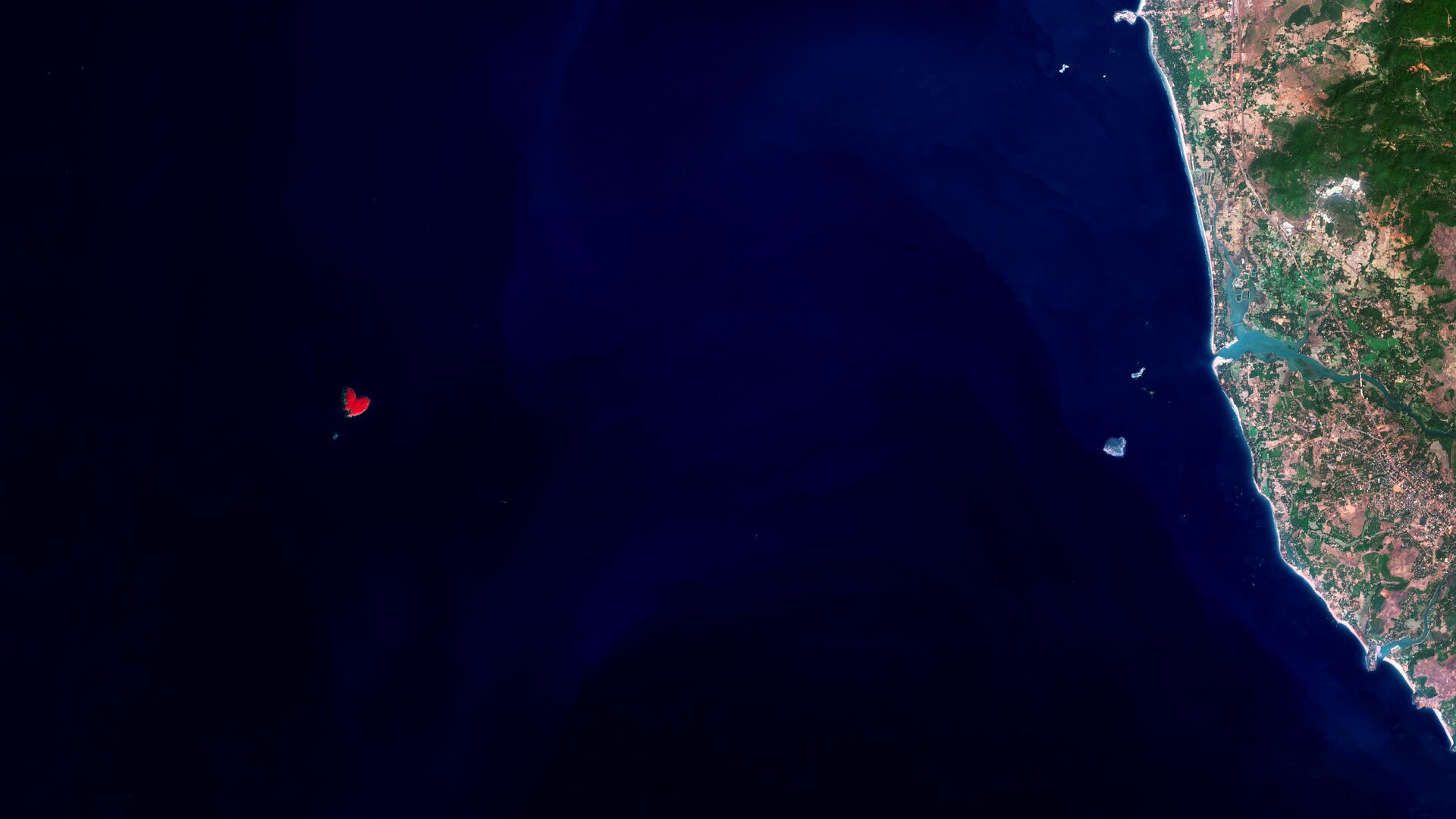 For Valentine’s Day we bring you a little heart-shaped island, which has been imaged from space by the Copernicus Sentinel-2 mission. Lying about 20 km off the coast of India’s state of Karnataka, in the Arabian Sea, the uninhabited island of Netrani may be small, but is perfectly formed. Sentinel-2 images Earth in 13 spectral channels, and since today is all about romance, Netrani has been processed using a combination of the instrument infrared channels so that the island appears in red – a red heart for Valentine’s Day.