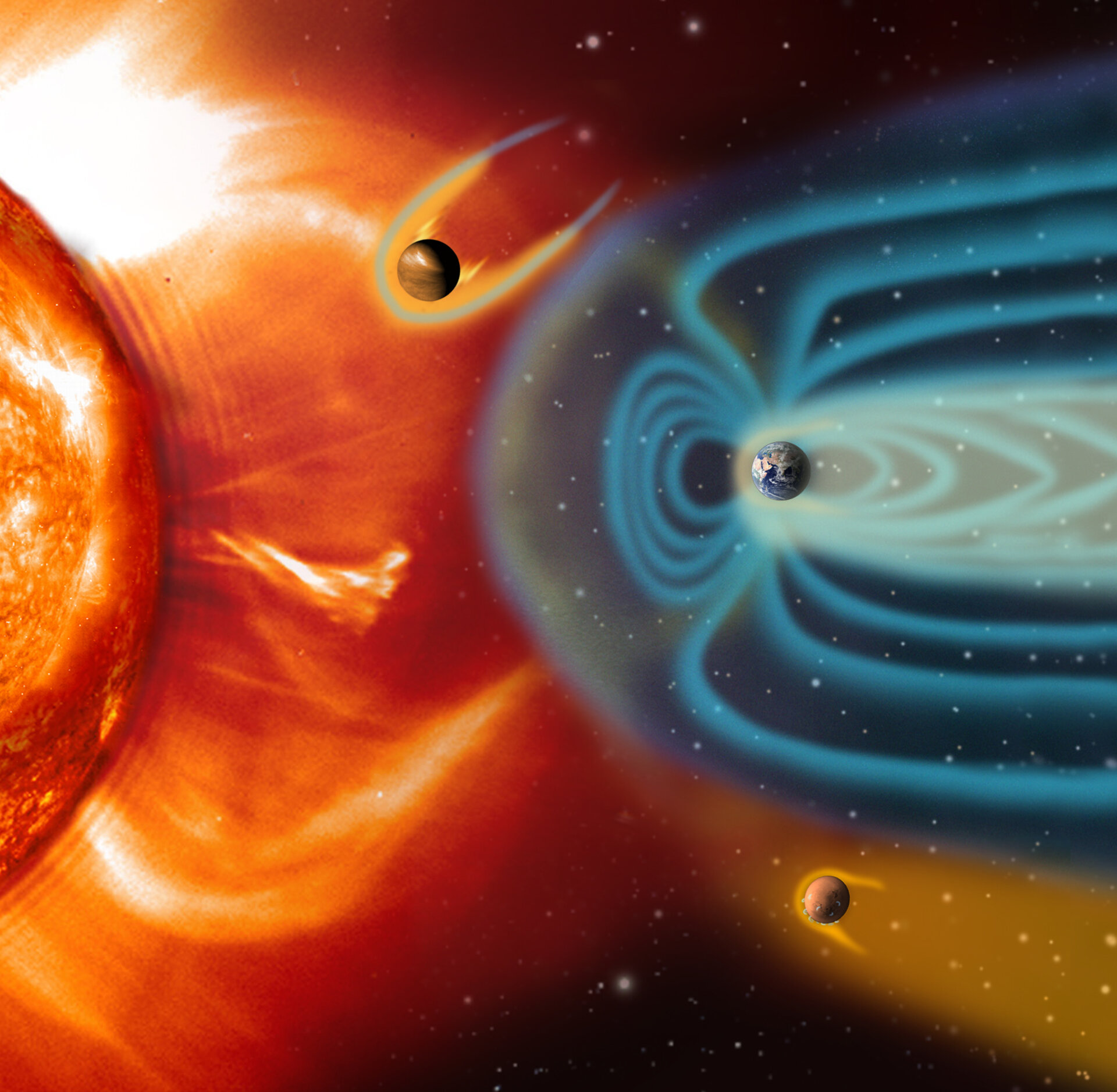 Artist impression (not to scale) idealising how the solar wind shapes the magnetospheres of Venus (top), Earth (middle) and Mars (bottom). Unlike Venus and Mars, Earth has an internal magnetic field that deflects the charged particles of the solar wind as they stream away from the Sun, carving out a ‘bubble’ – the magnetosphere – around the planet. At Mars and Venus, which don’t generate an internal magnetic field, the main obstacle to the solar wind is the upper atmosphere, or ionosphere. Just as on Earth, solar ultraviolet radiation separates electrons from the atoms and molecules in this region, creating a region of electrically charged – ionised – gas: the ionosphere. At Mars and Venus this ionised layer interacts directly with the solar wind and its magnetic field to create an induced magnetosphere, which acts to slow and divert the solar wind particles around the planet.