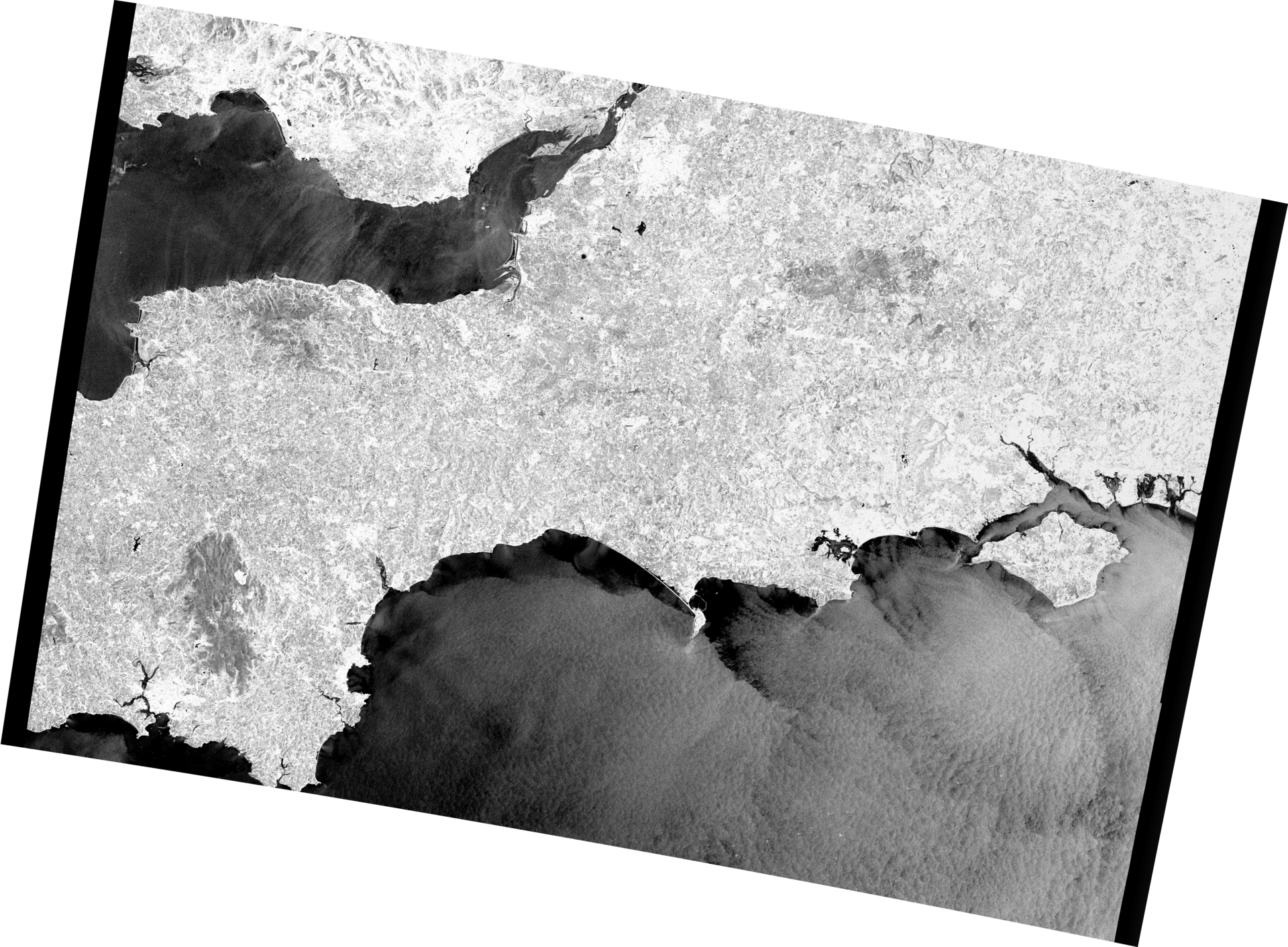 Southwest England and the English Channel from Sentinel-1. The effects of wind along the Devon and Dorset shorelines are particularly striking. Where the sea is flat it appears black and this is down to the sheltering effects of the land or the funnelling effect of small valleys along the coastline. The gusty nature of the wind is apparent as small-scale structures to the southwest of Devon. Sentinel-1’s synthetic aperture radar can be considered a 'super-scatterometer', providing information on the wind speed and structure at a higher resolution than traditional satellite scatterometers used for observing wind at the sea surface.