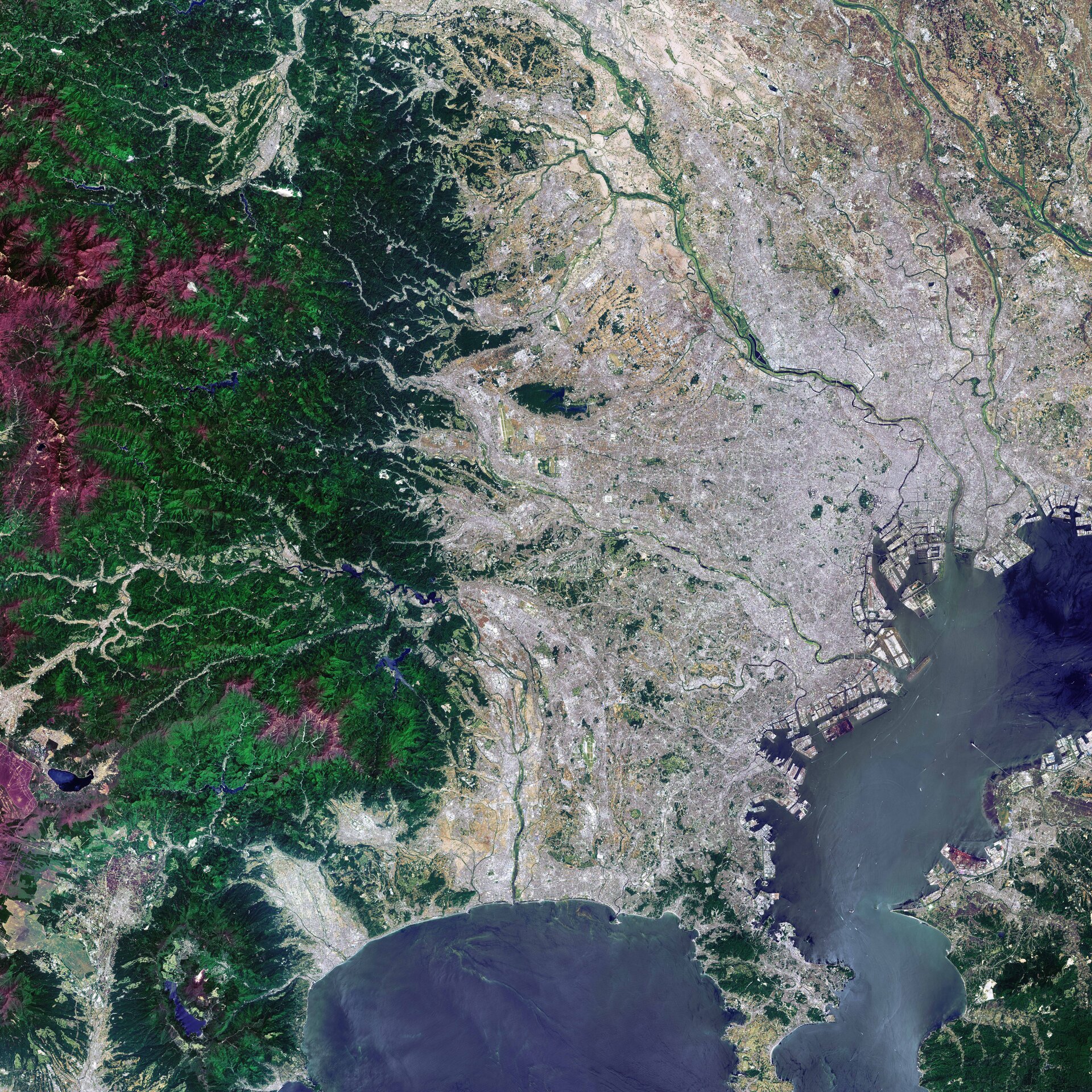 The Copernicus Sentinel-2A satellite takes us over the Japanese capital of Tokyo.

Tokyo lies on the eastern shore of the island of Honshu, the largest of Japan’s four main islands. Greater Tokyo, which fans out further to the north and northwest than this image shows, is home to almost 38 million people, making it the largest megacity in the world.

The grey tones of this urban conurbation dominate the image and are in sharp contrast to the dark greens of the rugged mountains that flank the city to the west. The city centre lies mainly to the south of the Arakawa River, which empties into Tokyo Bay. The bay can be seen in the bottom right of the image. While many boats are visible in the bay, so is the Aqua-line, which is a combination of a bridge and a tunnel that spans the bay. The Aqua-line can be seen on the east side of the bay as a bridge that then disappears underwater as a tunnel. It has an overall length of almost 23.7 km, almost 10 km of which is tunnel – the fourth longest underwater tunnel in the world. A building that provides ventilation, as well as serves a rest stop, appears as an island-like structure above the tunnel.

More than half of the global population live in urban areas and, as more people flock to cities, expansion and development needs to be planned and monitored. The Copernicus Sentinel-2 mission offers essential information for urban planners and decision-makers around the world.

The image, which is also featured on the Earth from Space video programme, was captured by Sentinel-2A on 8 May 2017.