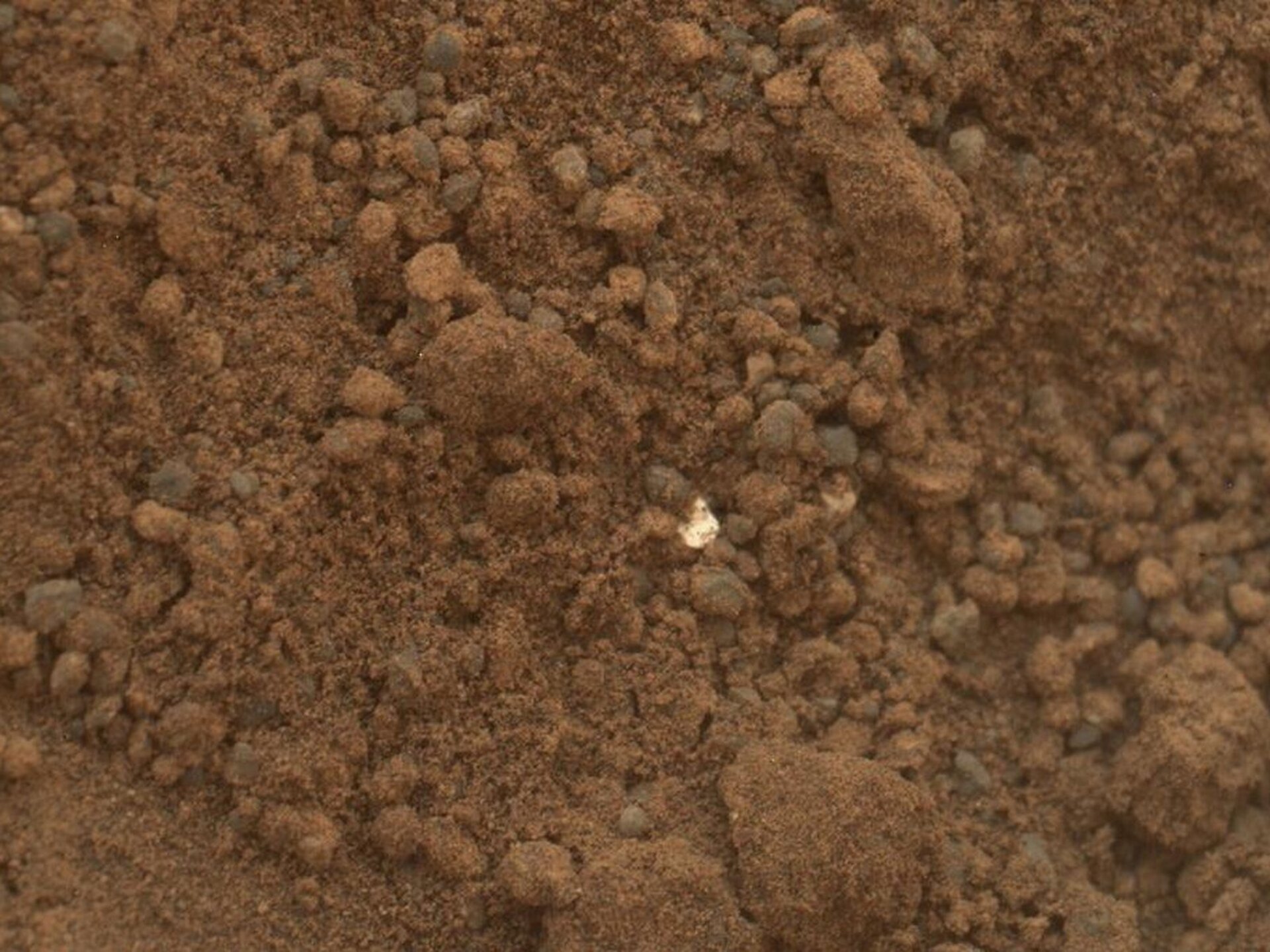 Martian soil collected by NASA's Mars rover Curiosity at a sandy patch called Rocknest. The bright particle near the centre of the image, and similar ones elsewhere in the pit, are assessed by the mission's science team assessed to be native Martian material.

This image was taken by the Mars Hand Lens Imager (MAHLI) camera on Curiosity's arm during the 69th Martian day, or sol, of the mission, October 15, 2012. The view covers an area of ground about 4 cm across.