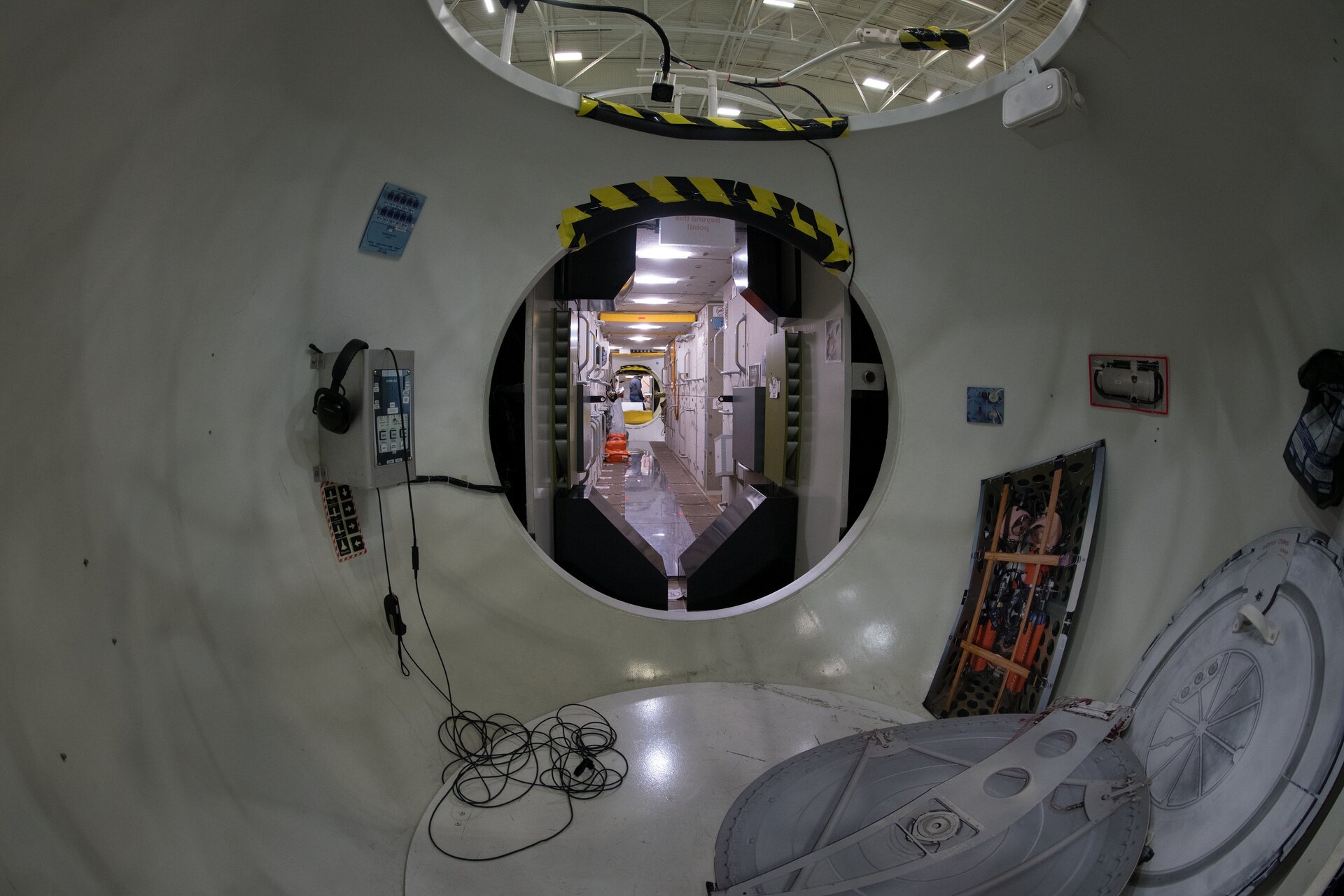 ESA astronaut Alexander Gerst is training together with NASA astronaut Serena Auñón-Chancellor at the the Johnson Space Center in Houston, USA. The training took place on 6 March 2018 in the Space Vehicle Mockup Facility. The astronauts dealt with various emergency scenarios, including a fire in a laptop in the crew quarters, a fire in a lab module and a several communication issues. The goal is to prepare the crew for possible emergencies.