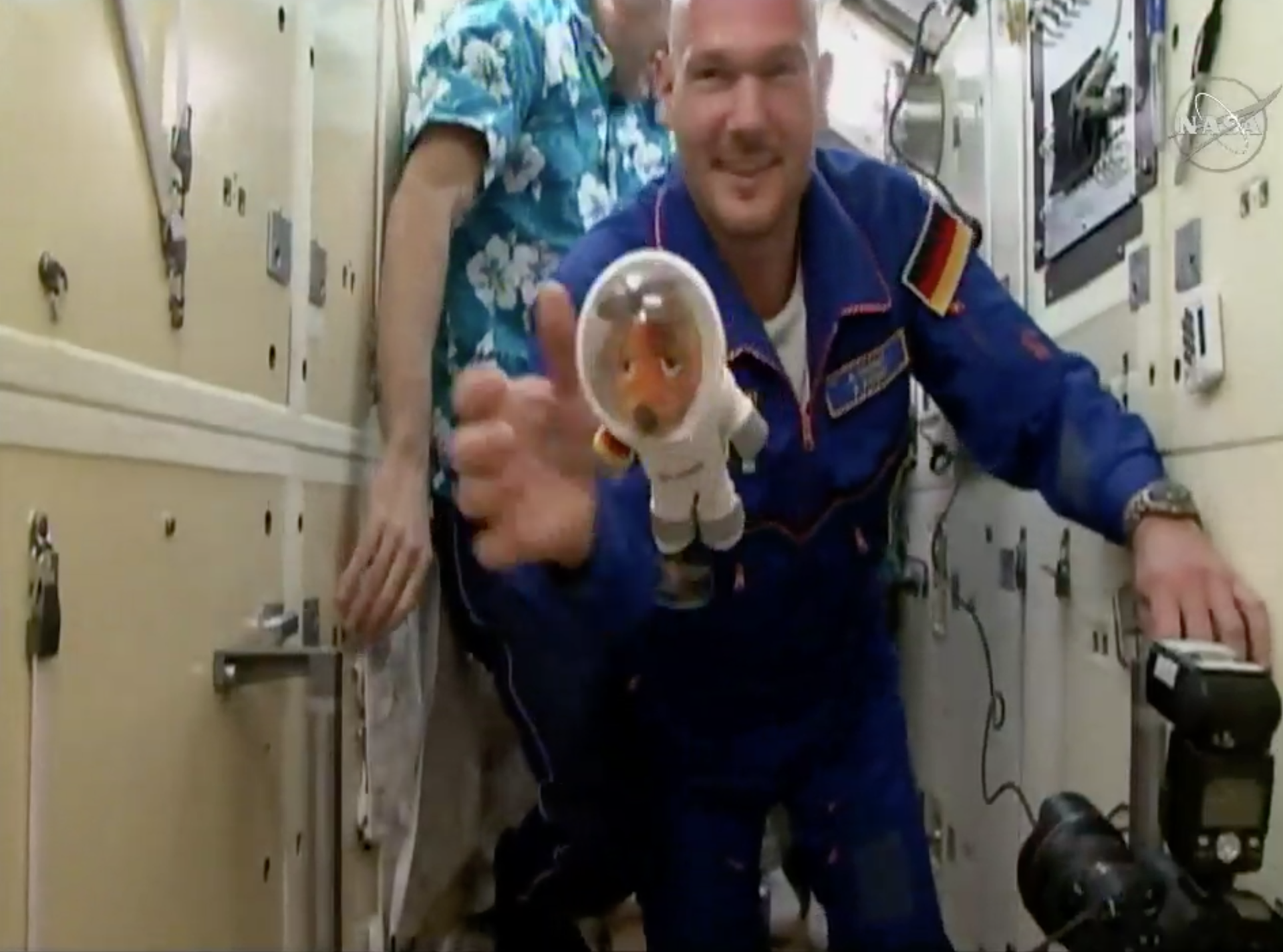 ESA astronaut Alexander Gerst, NASA astronaut Serena Auñón-Chancellor and Roscosmos commander Sergei Prokopyev entered the International Space Station on 8 June after orbiting Earth 34 times to catch up to the weightless outpost. The Expedition 56/57 lifted off from Baikonur Cosmodrome on 6 June.
The German astronaut is a returning visitor to the International Space Station, the first of ESA’s 2009 class of astronauts to be sent into space for a second time. During the second part of his mission Alexander will take over as commander of the International Space Station, only the second time an ESA astronaut will take on this role so far.
The mission is called Horizons as a symbol for the unknown and what lies beyond – reflecting on ESA’s strategy to extend human and robotic exploration beyond Earth orbit. While in space, Alexander will work on over 50 European experiments, including testing ways of operating and working with robots to develop techniques required for further human and robotic exploration of our Solar System.
Follow Alexander and his mission via alexandergerst.esa.int