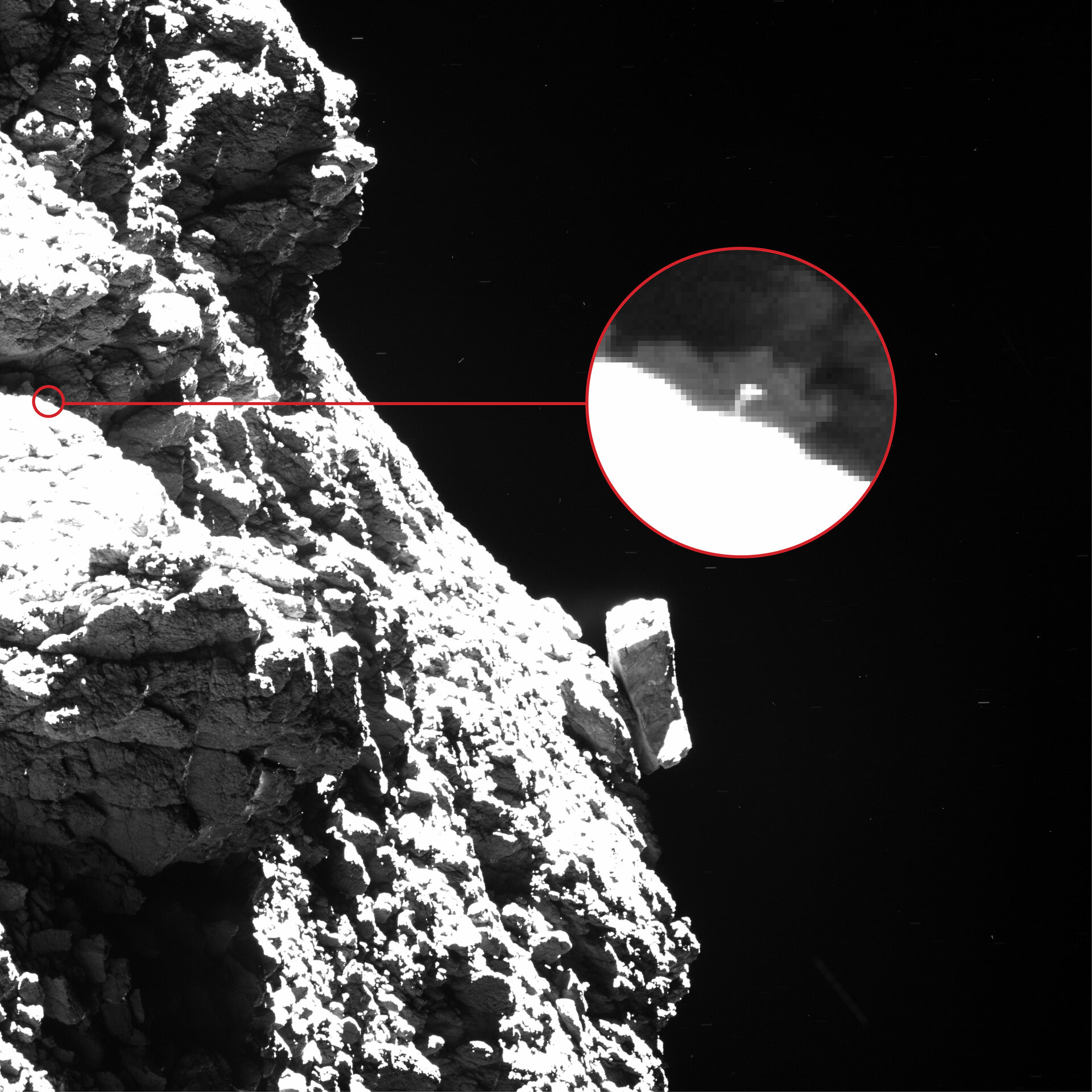 Very close to the left hand edge of this image in the top half, is a thin vertical line with a broad top. This is one of Philae’s three legs sticking up from behind an obscuring boulder, illustrating the difficulty in spotting the lander on the comet’s chaotic surface.

The scale of the image is 4.6 cm/pixel, with Philae’s foot estimated to be about 2.5 km away when Rosetta’s OSIRIS narrow-angle camera took the image on 30 August 2016. The contrast of the image has been stretched to reveal Philae’s foot against the shadowed background.