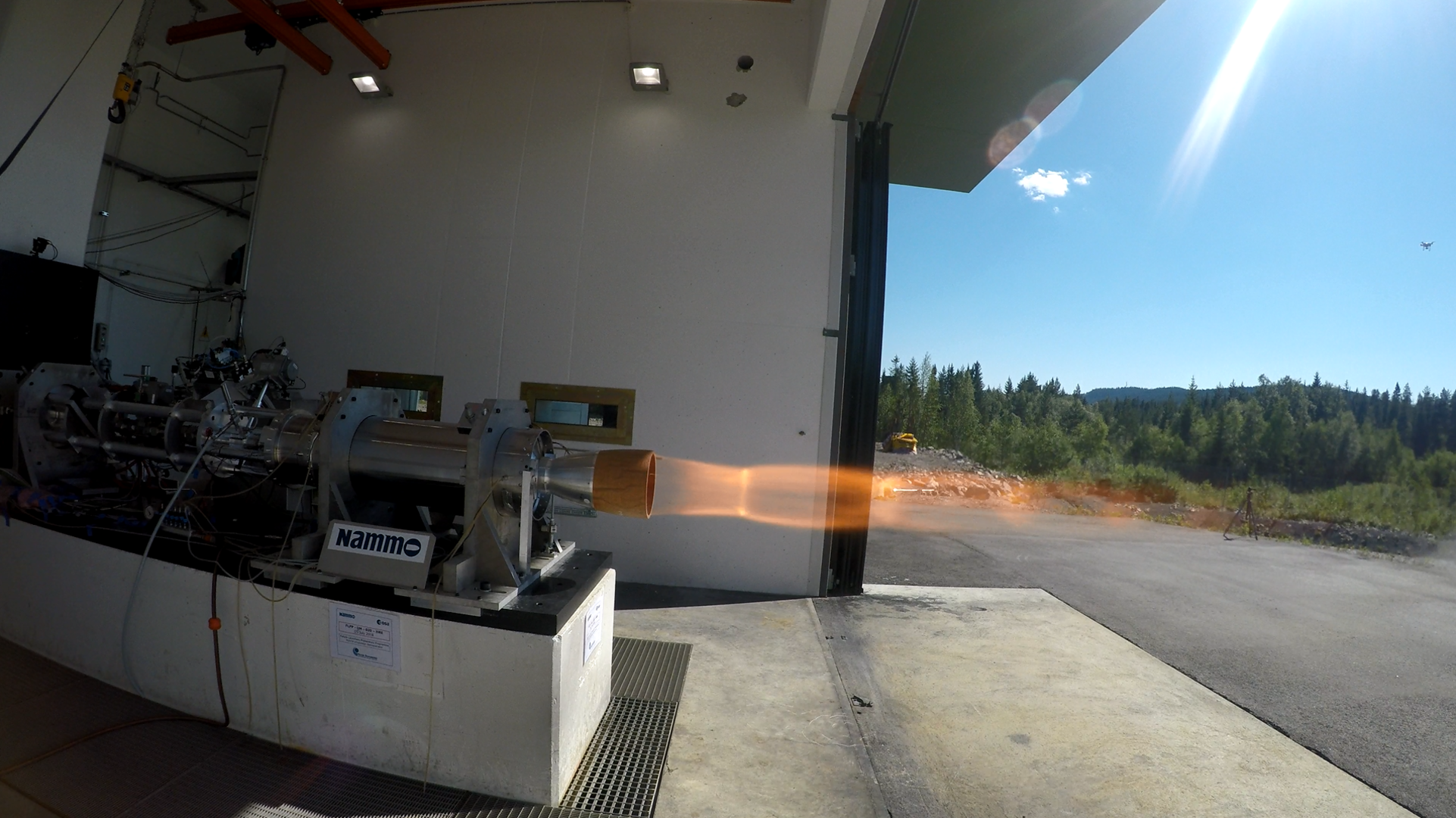 During the test, the motor generated 30 kN of thrust, an equivalent of over 40 kN of thrust in vacuum. This is enough to propel a sounding rocket past the edge of Earth’s atmosphere to an altitude of over 100km – a first for a European rocket with hybrid propulsion.