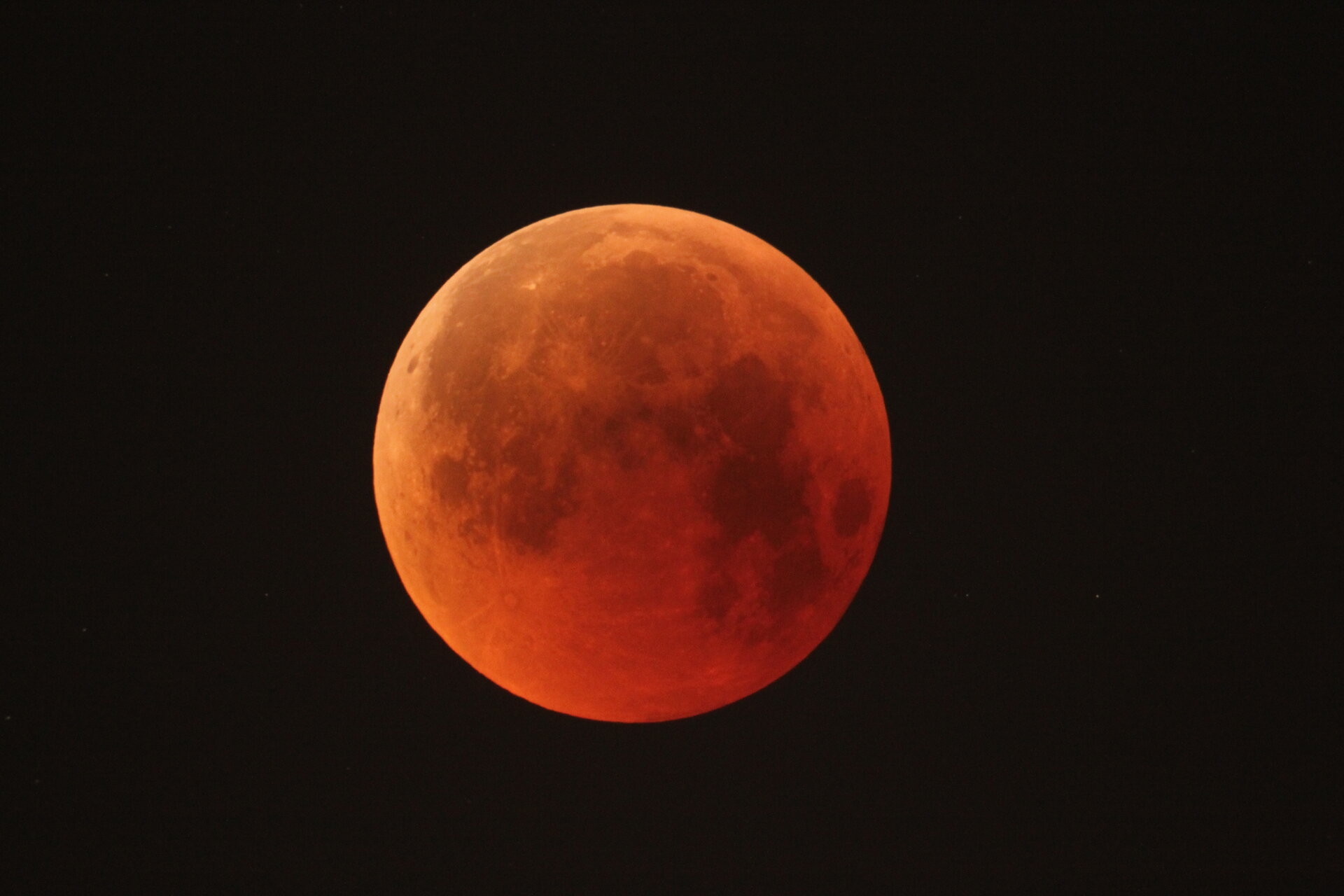 This unusual view of the Moon was captured during Friday’s total lunar eclipse from ESA’s European Space Astronomy Centre near Madrid in Spain, at 23:03 CEST.

The unprocessed image was taken with a Canon EOS 550D attached to a 20 cm aperture Celestron Newtonian CG8, with an exposure time of one second (ISO 1600).

During a lunar eclipse the Earth moves between the Sun and the Moon, blocking the light that would usually illuminate our orbiting neighbour’s surface. Instead, the reddish-orange-brown hue arises from refracted sunlight passing through the Earth’s atmosphere.

It is the same mechanism responsible for sunrises and sunsets. In fact, the red hue during a total lunar eclipse arises from the refracted light from all the sunrises and sunsets taking place at the same time around the world along the day-night boundary at that moment on Earth, projected on to the Moon’s surface.

If you were lucky enough to see the event from a vantage point on the Moon’s surface, you’d see a red ring around Earth, glowing with the light of our planet’s sunrises and sunsets – quite a sight in store for future lunar explorers, although they would have to face the rapid change in temperature as Earth’s shadow races across the surface!

The conditions in Earth’s atmosphere at the time of the eclipse – dust particles and clouds for example – can have an effect on the shade of red. Although not a scientific term, the term ‘blood moon’ is commonly used to describe the totally eclipsed red-coloured Moon.

Friday’s event was the longest eclipse of the 21st century, with totality – the time in which the Earth’s shadow completely engulfs the Moon’s surface – lasting for 103 minutes.

Missed this event? Lunar eclipses can occur up to five times a year, so there will be plenty more opportunities in the future. Furthermore, a solar eclipse always occurs about two weeks before or after a lunar eclipse. To see if you can view the partial solar eclipse coming up on 11 August, check https://www.timeanddate.com, which provides useful information on astronomical phenomena like this.

For more images of the recent total lunar eclipse from ESA’s astronomers in Spain, visit the CESAR (Cooperation through Education in Science and Astronomy Research) website.