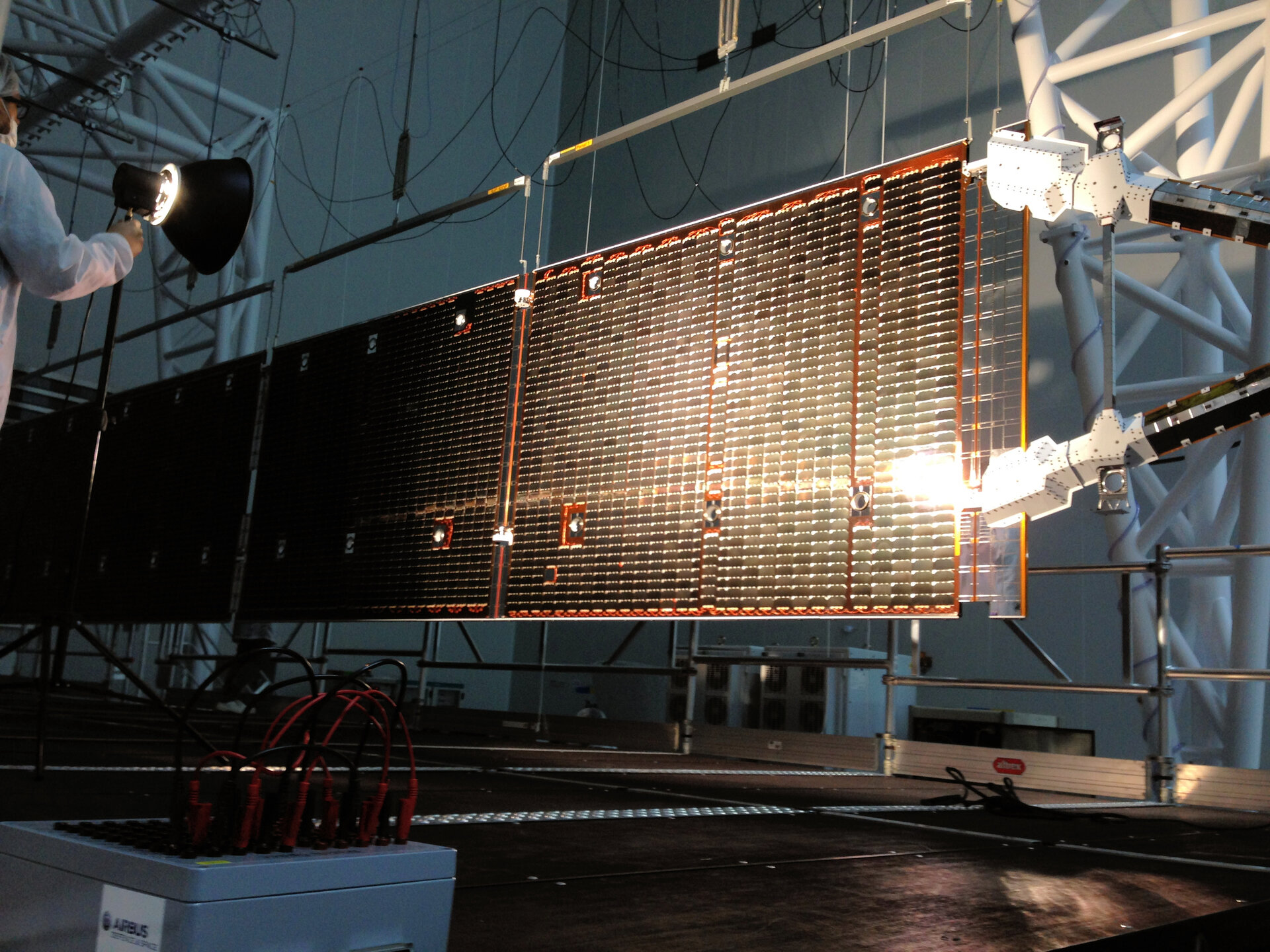 Last week the second of two solar arrays on the BepiColombo Mercury Transfer Module (MTM) underwent final inspections and deployment before being folded and stowed for launch.

In this image, the solar array is attached to the MTM, which is out of view to the right, and engineers are carefully checking the alignment of the deployed array. Electrical tests and illumination tests were performed before folding the five-panel, 15 metre-long array and tensioning the cables ahead of one last deployment test.

After a final inspection, the solar array was folded again and a temporary protective red cover installed, concluding a successful test phase of the transfer module’s solar arrays.

Shortly before arriving at Mercury in 2025, the MTM will separate and the two science orbiters will be captured into orbit together, before separating and moving into their respective orbits. Together they will provide the most up-to-date investigation of the least explored planet in the inner Solar System to date.