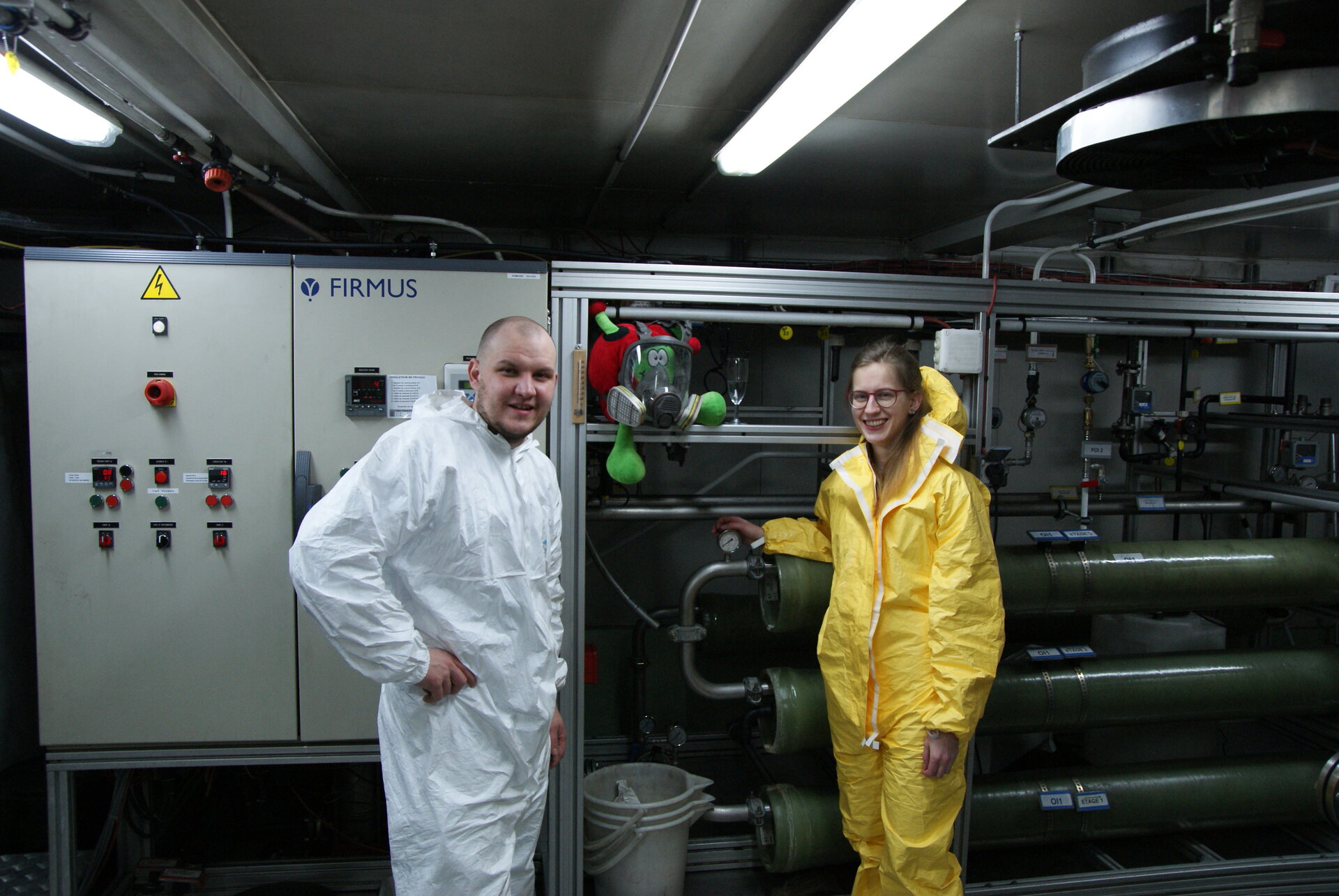 Also known as White Mars, Antarctica is the closest resemblance on Earth to a remote, inhospitable planet. It is extremely cold, with temperatures ranging between –30°C to –60°C.

Resources are scarce and difficult to come by. During winter, the crew is completely isolated and must solve any problems without outside help. Due to international treaties protecting the Antarctic all waste material must be removed from the continent.

This is quite the challenge at Concordia station, a joint venture between the French Polar Institute and the Italian Antarctic programme. The station houses approximately 14 people during winter and many more during the summer. Water usage varies but can roughly be estimated anywhere between 40 to 100 litres per person per day and generating enough water without causing environmental stress and using too much energy is a difficult task.

In Antarctica and off-planet we rely on technology to accommodate humans, and it all starts with working with what you have, and what Antarctica has is tonnes of snow.

The station produces a base amount of hygienic water by melting snow, adding minerals to it, and then exposing it to UV light to kill impurities.

Once the water is used, it goes through the treatment system that emerged from the Micro-Ecological Life Support System Alternative programme. Known as Melissa, the programme develops regenerative life support technologies for astronauts in space.

This ‘grey water’, a term indicating water that has been used for showers, washing up, and laundry, is processed to turn it back into hygienic water. The first step is nanofiltration: the water is forced through a ceramic honeycomb peppered with holes 700 times finer than a strand of human hair, followed by filtering through a pair of membranes. In the final step, diluted water molecules are further filtered out through the process of reverse osmosis.

The system is able to reclaim roughly 85% of the water, with freshly melted snow water replenishing the residual portion that is unfit for use. This concentrated residue is stored and eventually removed from Antarctica.

Developed by ESA and built by French company Firmus, the system was installed at Concordia in 2005. Since then it has operated without significant problems. It is also being used in other parts of the world to provide fresh water to communities in need.

Water recycling is just one arm of the Melissa project creating a closed regenerative life support system capable of converting biological waste such as urine and carbon dioxide into water, oxygen, and nutrients for long space missions.

To read more about life at Concordia research station, follow the Chronicles from Concordia blog.