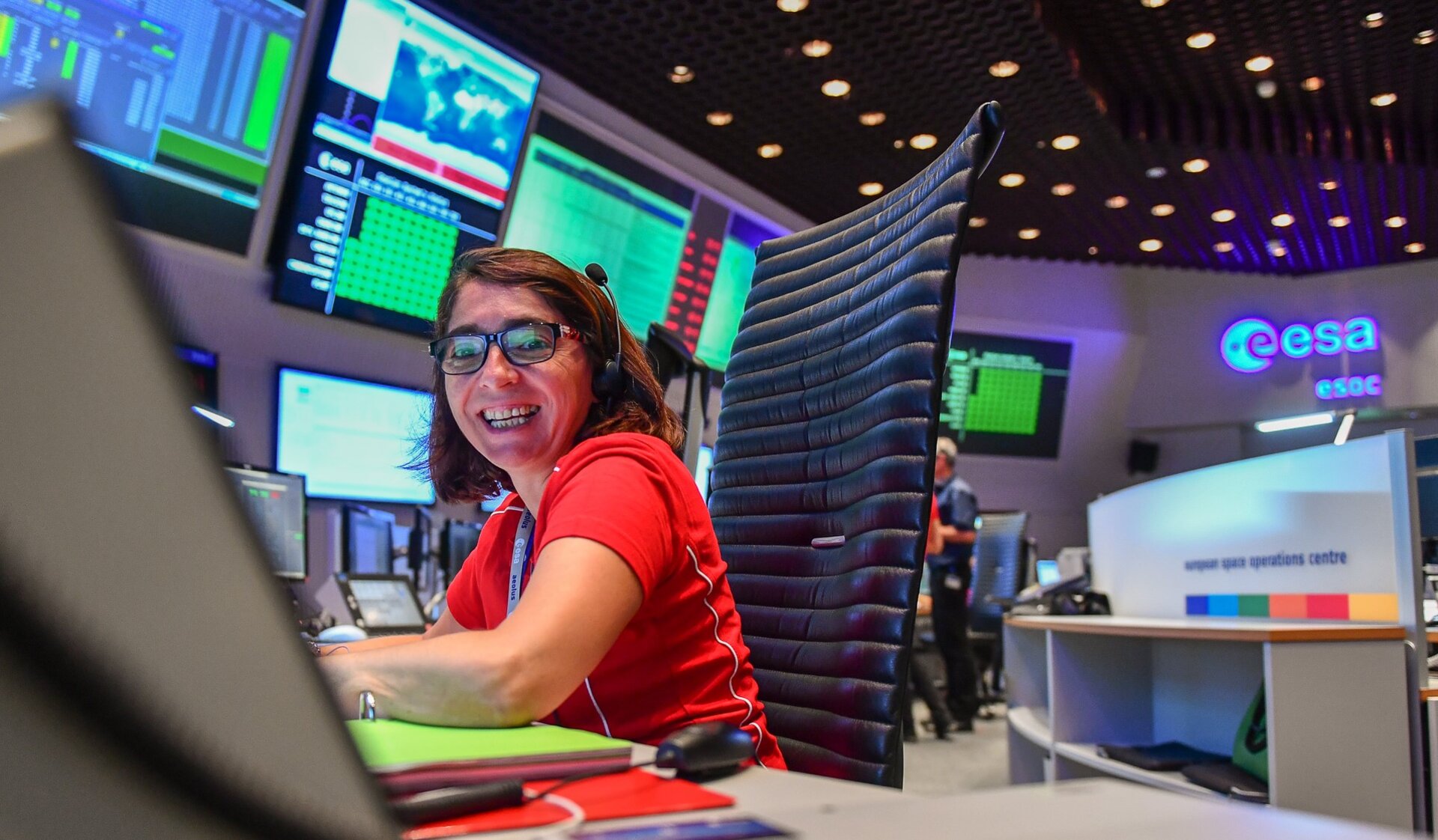 During a gripping night at ESA’s operations centre in Germany, mission teams looked on nervously as Aeolus was thrust heavenwards atop a Vega rocket from Europe’s Spaceport in Kourou, French Guiana.

This image, taken in the Main Control Room of the European Space Operations Centre (ESOC) in Darmstadt, captures the moment that mission teams took over control of the satellite from the launchsite in Kourou, about an hour after liftoff.

Carrying one of the most sensitive instruments ever put into orbit — Aladin, a Doppler wind lidar — Aeolus will provide vital information on wind speeds around the globe. This information is expected to vastly improve weather forecasting as wind plays a complex, pivotal role in global weather systems.

Ironically, liftoff was delayed by 24 hours, after high winds meant it was unsafe to launch the satellite as initially planned on 21 August. Because of unclear weather predictions, the launch service provider — Arianespace — was only able to give about 24 hours notice of the delay, highlighting the need for more accurate wind models.

The next stage for Aeolus is its Launch and Early Orbit Phase (LEOP), during which flight controllers, satellite engineers and experts in flight dynamics are working non-stop to gradually switch on the satellite’s various control systems and verify its health.