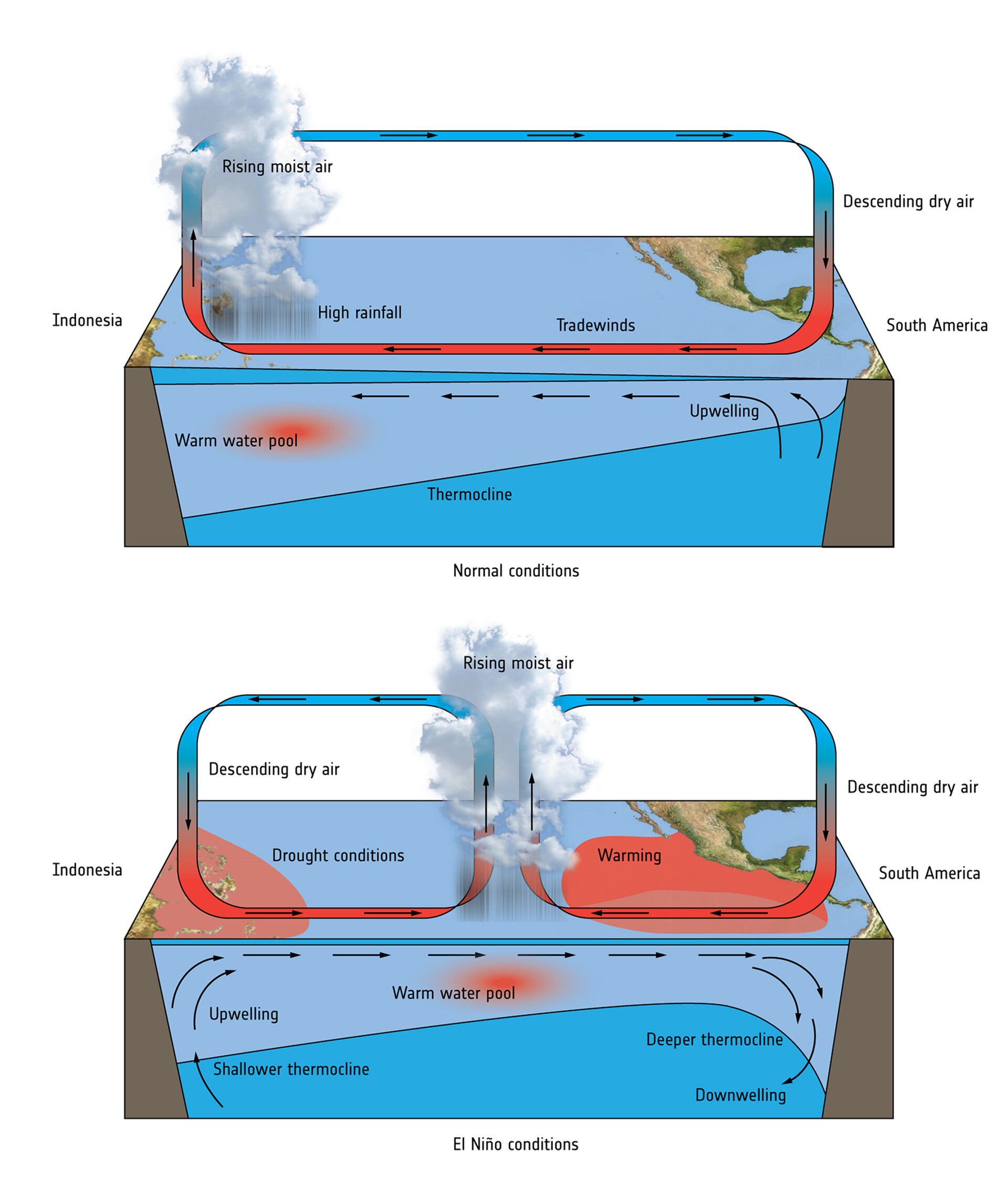 Every few years, the El Niño phenomenon occurs in the Pacific Ocean around the equator. It can affect the weather around the globe. Normally, the Trade Winds blow from east to west, pushing warm water in the same direction. This warm water pools around Asia and Australasia. On the other side of the ocean around South and Central America, as the warm water is pushed away from the coast, it is replaced by cold water that is pulled up from deeper down in the ocean. In the west, the warmer water adds extra heat to the air, which causes the air to rise and so more cloud and rainfall. This leads to atmospheric circulation where warm moist air rises in the west and dry cool air descends on the eastern side of the ocean. The El Niño disrupts this normal pattern by weakening the Trade Winds, which results is less warm water being pushed to the west and therefore less cold upwelling water in the east. This allows the usually colder parts of the ocean to warm, affecting the normal temperature difference between the eastern and western Pacific. This changes the normal pattern of rising air and therefore wind and rainfall patterns – which has a knock-on effect for the weather around the world.

ESA’s Aeolus mission will be used to model wind patterns driving phenomena such as El Niño.