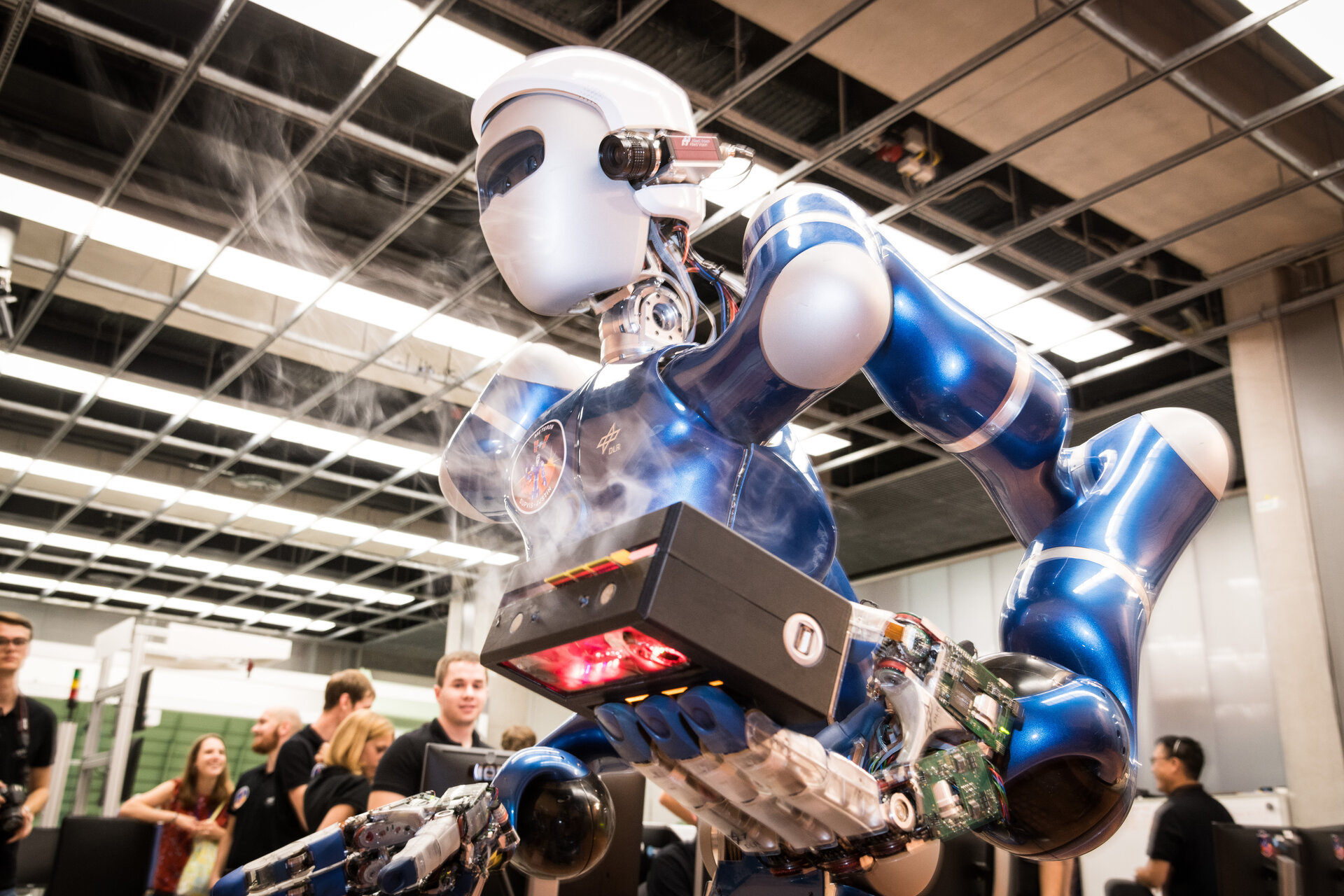 If you cannot take the heat, stay out of planetary exploration.

Rollin’ Justin, the humanoid robot developed by the German Aerospace Center, DLR proved to be able to handle it just fine.

Using a basic tablet with a dedicated app, Alexander interacted with Justin by sending a series of commands from the International Space Station. Justin, located at the DLR site in Oberpfaffenhofen, Germany, performed maintenance and assembly tasks for two hours in his simulated Mars environment.

The demonstration honed in on Justin’s semi-autonomous ability to assess his situation and proceed from there. Alexander in turn had to supervise Justin based on the robot’s feedback. This feature was key in the second half of the experiment, which was designed to test how responsive the telerobotic systems are in unexpected situations. Tasked with retrieving an antenna from the lander and mounting it on a special payload unit, Justin encountered smoke coming from inside the unit. Alexander reacted by asking Justin to investigate further.

The problem turned out to be a malfunctioning computation unit, imaged here, which Alexander commanded Justin to remove and place in the lander.

Together, the duo successfully brought the situation under control, thanks to Justin’s situational awareness and the intuitive interface of the app.

Advancements in robotics and artificial intelligence means we can better use robots to fulfil tasks normally left to humans, especially in more dangerous situations like inhospitable planetary surfaces. With the help of robots, humans can more safely and efficiently build habitats and scout the surface of other planets in the future.

The experiment was first performed by ESA astronaut Paolo Nespoli during his mission in 2017, along with NASA astronauts Randy Bresnik and Jack Fischer. It quickly became a hit among the Space Station’s crew members. NASA astronaut Scott Tingle performed the second experiment last March. European researchers will work with the feedback from astronauts to improve the interface.

Watch a replay of the experiment here. Follow Alexander for more exciting science during his Horizons mission.

As for Rollin’ Justin, he will be back to run more METERON experiments in the future.